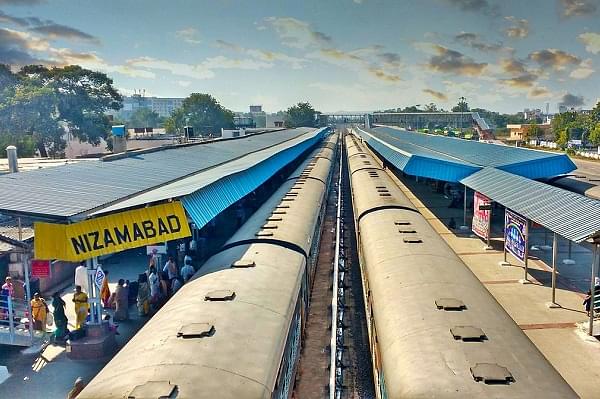 Rail Land Development Authority (RLDA) has invited bids for the commercial development of over 2,200 sq metres of railway land at Nizamabad in Telangana.

The land, with a reserve price of Rs 3.94 crore, is situated in the Hyderabad Division of South Central Railway and is surrounded by commercial and semi-commercial development.

Nizamabad is a fast-developing urban agglomeration in Telangana. Located in the heart of the city, the prime site lies in the vicinity of the Government Medical College.

"It is well-connected to prominent landmarks such as Khanapur Industrial Estate via an excellent road network. The planned commercial development, such as a retail space, hypermarket or a budget hotel will be the first-of-its-kind on the site that will boost real estate, tourism and investment in the region. In view of the expected government push for the health sector, the site can also be put to use for a Multi-Specialty Hospital," said RLDA Vice Chairman Ved Parkash Dudeja.

Easily accessible from the railway station and main bus stand, the site is expected to attract real estate players for commercial exploitation purpose.

The land parcel is located in a densely populated commercial area adjacent to Nizamabad Bus Depot, abutting an 18-metre wide road and surrounded by the Nizamabad Railway Station. It is bounded by vacant railway land in the north and east, a master plan road in the south and Telangana State Transportation Corporation Bus Stand in the west.

The selected bidder will be mandated to carry out development as per local building bylaws and bear all expenses to procure the necessary clearances and approvals from the relevant authorities.

The concessionaire will be permitted to market and sub-lease built-up area for any lawful activities.

Nizamabad is located in the north-western region of Telangana, about 171 km to the north of state capital Hyderabad. It is the third-largest city in Telangana and a prominent industrial hub.

Some industries include rice mills in the Khanapur area, Spice Park and the Nizam Sugar Factory. The proposed IT Tower and Incubation Hub will further boost the local economy.

Nizamabad Junction falls under the Hyderabad railway division of the South Central Railway zone and is the convergence station for Nizamabad–Peddapalli section and Jankampet–Bodhan line with Kacheguda–Manmad section.

RLDA is a statutory authority under the Ministry of Railways for the development of Railway land. It has four key mandates as part of its development plan, namely leasing of commercial sites, colony redevelopment, station redevelopment and multi-functional complexes.

Indian Railways has approximately 43,000 hectares of vacant land across India. RLDA is currently handling 84 railway colony redevelopment projects and has recently leased out a railway colony in Guwahati and two colonies in Secunderabad for redevelopment.

RLDA has over 84 commercial (greenfield) sites across India for leasing, and eligible developers for each will be selected through an open and transparent bid process.

RLDA is currently working on 60 stations in a phased manner while its subsidiary, IRSDC, has taken up another 63 stations. In the first phase, RLDA has prioritised prominent stations like New Delhi, Tirupati, Dehradun, Nellore, Cuttack and Puducherry for redevelopment.

The railway stations across India will be redeveloped on a PPP model as a part of Smart City Projects launched by the Government of India.