Rajasthan: Family Fears Forced Conversion, Marriage Of Minor Daughter Who Has Been Missing For Three Weeks 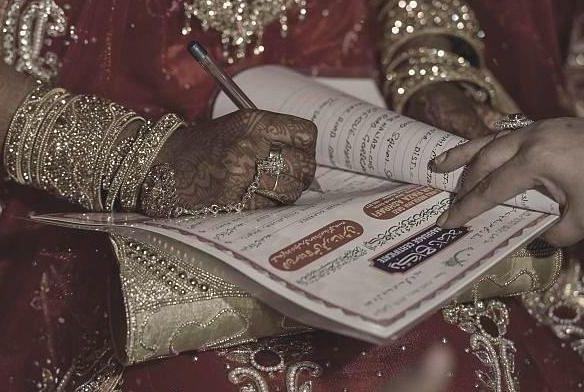 A 17-year-old girl from Ramgarh tehsil of Rajasthan’s Alwar district has been missing since 4 December. Her father has named one Waris, who worked in the same place where she was a part-time employee, as her kidnapper.

The girl’s father says he fears that his daughter has been forcibly converted to Islam and married.

A first information report (FIR) in this regard was registered at Ramgarh police station on 5 December (FIR number 0569). The accused, Waris, has been booked under IPC sections 363 (kidnapping) and 366A (procuration of minor girl).

Singh’s statement in the FIR says that his daughter, who is still a minor, went for some work to the market on the morning of 4 December but has not returned. He suspects Waris, who is from the Meo community, to have kidnapped her as he used to stalk her in the past.

In the FIR, the father, Manmeet Singh, has given his identity as a “Brahmin Sikh” and accused’s name as “Waris Meo”.

For the girl’s age proof, he has submitted a copy of her Aadhaar card and Class 10 marksheet issued by the Board of Secondary Education, Rajasthan. The documents show her date of birth as 27 June 2002.

The father told this correspondent that until a few months ago, his daughter and Waris, who is 25, worked as sales assistants in an automobile showroom. The showroom closed down, but the two had remained in touch.

“It was only recently that I discovered she had a mobile phone for herself. However I did not question her much on it as I assumed she must have managed it through her savings. I now believe it was Waris who gave her the phone,” he said.

He said that on 4 December, his daughter left home around 9 am saying she had some work in a bank. “After two hours, I asked my elder daughter to call her. The younger one answered the call and said she would return in another hour. Since then, her phone has been switched off,” he said.

After some inquiry, he managed to get the accused’s phone numbers. “Waris uses three numbers. But the numbers were either unreachable or his phone was switched off,” he said.

By evening, the father managed to reach the house of the accused’s brother-in-law (jija). “His jija told me that he would try his best to get the girl back and that I should not file a police case. He gave me his phone number as well. However when I called him the next morning, his phone too was switched off.”

“I went to his house, but it was locked,” the girl’s father said.

“He [jija] told me that Waris was already married,” he said.

The father told this correspondent that he fears that his daughter has been converted to Islam and married to the accused. He said he has told the police as much.

He said that the investigating officer Rajendra Kumar (his rank mentioned in the FIR is pradhan sipahi), told him recently that the police have been unable to find any clues far to reach the accused or the girl.

This correspondent called up the cop on the number provided by the girl’s father but it was unreachable (this copy will be updated if and when Kumar or the Station House Officer of Ramgarh station responds).

It is pertinent to mention here that the chairman of the National Commission for Protection of Child Rights (NCPCR) recently said that religious conversion and marriage when the child is still a minor is “considered to be forced” and is in “grave violation” of child-related laws.

The chairman, Priyank Kanoongo, had made the statement in context of a case in Bihar’s Begusarai district where a 17-year-old girl has been missing since November 20. Her alleged kidnapper, Mohammad Jaseem, recently Whatsapped her conversion and nikah papers to her family. The papers have been prepared by a mosque in Uttar Pradesh’s Ghaziabad district.

The NCPCR is monitoring the Begusarai case.