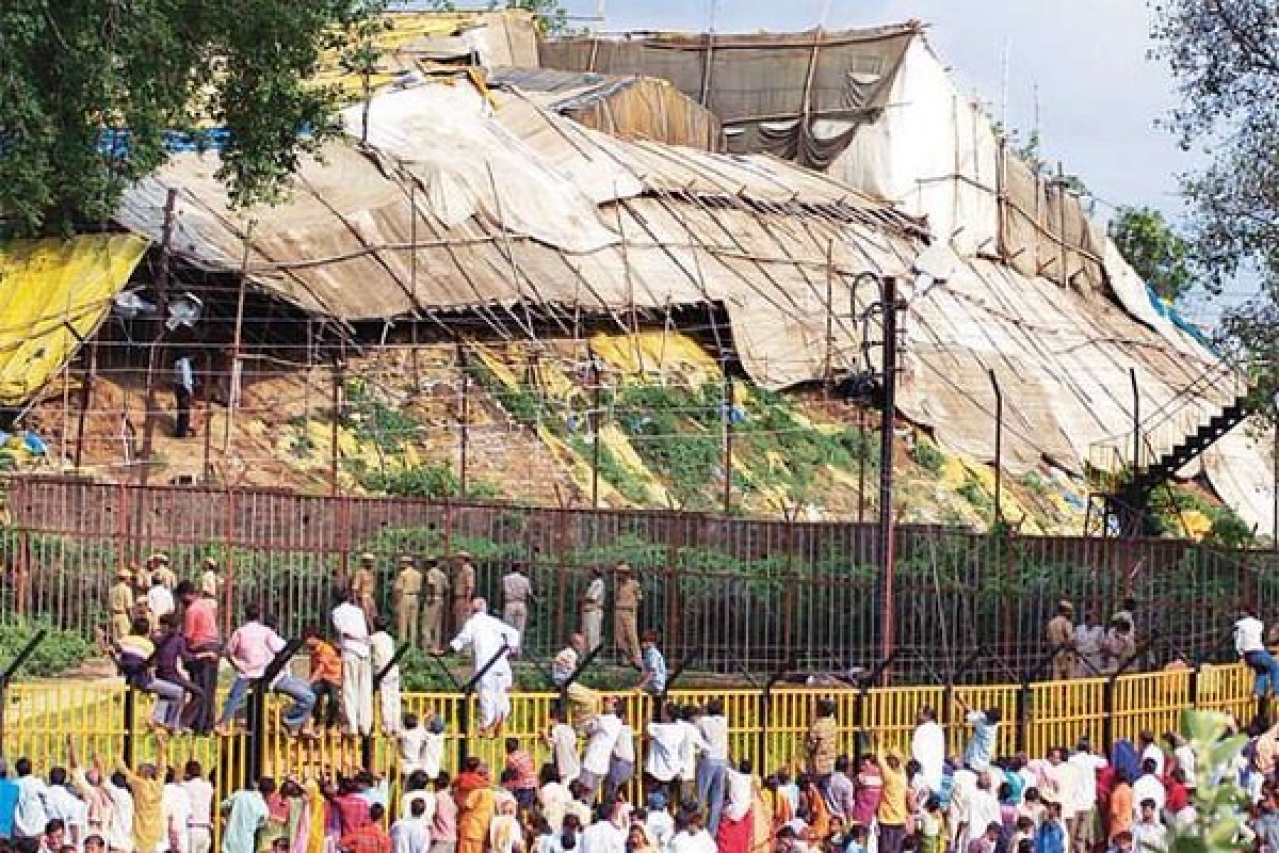 The makeshift temple at Ram Janmabhoomi in Ayodhya

The day-to-day hearing in the Supreme Court over the Ram Janmabhoomi-Babri Masjid case entered the fifth day today and involved the arguments of noted advocate C S Vaidyanathan who is representing the deity, Live Law has reported.

Vaidyanathan while addressing the Chief Justice of India (CJI) led five judge constitution bench, dismissed the claims of Muslims on the Janmabhoomi by stating that they have not been able to establish that they continuously possessed the disputed land.

He added that the Muslim parties have not had an access to the premises since December 1949 when idols were placed inside and that there is no evidence to suggest that namaz was offered in the inner court yard.

He also argued against granting one-third of the land to Muslims by arguing that having offered prayers on the land from 1850s to 1949 does not support their ownership claims.

While arguing over treating the Janmabhoomi as a juridical place, Vaidyanathan asserted that presence of idols is not required to establish a holy place under Hinduism.

"If there is a sense of reverence no idol required for a place to be regarded as holy. If worshippers say there is a divine presence, that would suffice to attribute divine status to the place ”, said Vaidyanathan.

Justice Bhushan expressed his agreement over this point and added that sanctity is attached to the Kamadgiri temple on the belief that Lord Ram and Sita lived on that hill.

Vaidyanathan continued by saying that the entirety of Ram Janmabhoomi needs to be regarded as a deity and the Nirmohi Akhara cannot claim ownership of the same as it is in the service of the idol.

He said that the Janmabhoomi is the deity and not its abode, hence it cannot be partitioned among various parties.

“Once you take a view of the place being a deity, question of possession does not arise. This would lead to destruction of deity or partition of deity. There would be no death of a deity, no question of succession as the deity lives forever ”, said Vaidyanathan.

He added that the construction of the Mosque does not reduce the juridical capacity of the deity. He said that the faith was never shaken by the Mosque’s construction and Allahabad High Court’s Justice Agarwal had observed that Islamic rulers had destroyed the Hindu structure, the Hindus had continued their worship.

He also cited a Muslim witness’ testimony which described how “Ayodhya is as holy for Hindus as Mecca is for Muslims”. He added that Hindus have been undertaking a pilgrimage to Ayodhya since ancient times.

In the previous hearing, the SC had expressed curiosity to know if any descendant of Lord Ram (Raghuvansha) is still residing in Ayodhaya.

Following this, the former princess of Jaipur and BJP MP Diya Kumari appraised the public about her family lineage dating back to Kush - the son of Lord Ram.