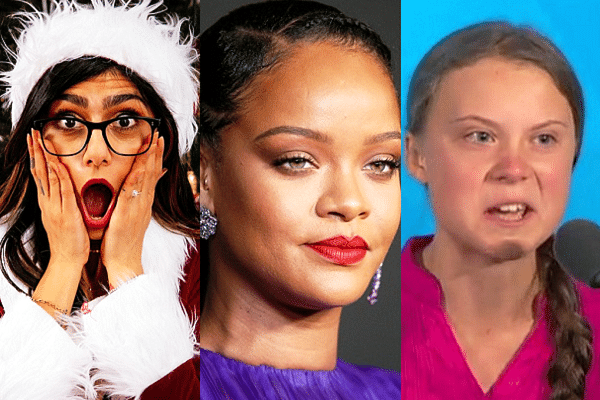 Mia Khalifa, Rihanna and Greta Thunberg have come out in support of farmers’ protests (file photo)

She wrote, “why aren’t we talking about this!?” as the caption.

why arenât we talking about this?! #FarmersProtest https://t.co/obmIlXhK9S

Canadian YouTuber and actress Lily Singh tweeted in Rihanna’s support, "Yes! Thank you so much Rihanna. This is a humanity issue! #IStandWithFarmers”.

We stand in solidarity with the #FarmersProtest in India.
https://t.co/tqvR0oHgo0

Actress Kangana Ranaut responded to Rihanna’s tweet. She said that “no one is talking about it [farmers’ protests] because they are not farmers they are terrorists who are trying to divide India”.

Ranaut pointed at China’s hand behind the protests, and said that it was trying to "take over” India and make it a “Chinese colony much like USA”.

Apart from Rihanna and Thunberg, adult film actress Mia Khalifa also came out in the support of farmers.

What in the human rights violations is going on?! They cut the internet around New Delhi?! #FarmersProtest pic.twitter.com/a5ml1P2ikU

Khalifa, in another tweet, took a jibe on those calling the protesters ‘ paid actors’ and said, “I stand with the farmers”.

While the Tweets of support by western celebrities is being hailed as a score for the farmers’ protests, the 'celebritisation' of serious issues comes with its own challenges.

The show business industry is itself an interest group which hides its internal crimes assiduously, from sexual abuse to money laundering. The lack of trustworthiness of the industry can rub off on the social movements.

Also, most celebrities, when speaking on issues, don’t add to sincere, inclusive public discourse, instead, contribute to social media tribalism and polarisation.

One sided celebrity activism can also lead to a travesty of justice, as seen in the Kathua case. The photo of one of the accused Vishal went viral on social media, while he was later found innocent by the court.

The celebrity stance on social issues is not only questionable due to their apparent lack of knowledge of the complexity and continuous engagement, but also due to shifting loyalties based on private gains. By now, people know how support can be and is brought by different groups via PR companies.

The latest trend of western celebrities jumping into complex domestic matters of a Third World country, and Bollywood celebrities joining the attention bandwagon might have more disadvantages than benefits.