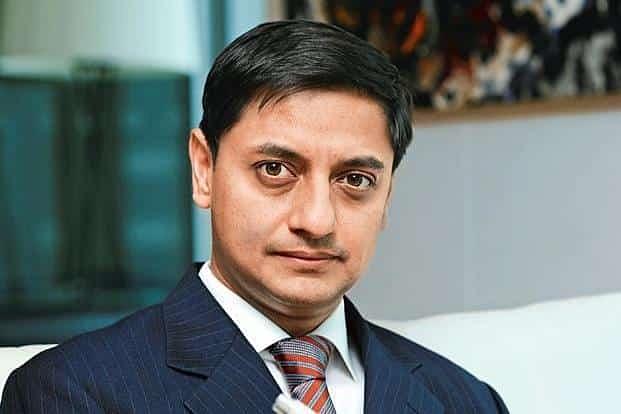 In the last 50 or 60 years, rigid master plans have been the way to plan India’s cities. And what has this resulted in? “The urban dysfunction,” according to Sanjeev Sanyal, Principal Economic Advisor, Government of India. Delivering the keynote address at the InfraNirbhar webinar, organised by Construction World and Swarajya magazines on March 3 on ‘Building Smart and Sustainable Urban Infrastructure’, Sanyal added, “We have a long tradition of urban design, and much of our philosophical dysfunction comes from a complete misunderstanding of that history.”

In a virtual interaction with Pratap Padode, Editor-in-Chief, Construction World and Founder, Smart Cities Council India, Sanyal talked about the shortcomings of a rigid master plan approach towards city development and how an adaptive system can be much effective and efficient.

We have seen six-fold investments in the urban sector towards city planning and development. While we were ahead of the game in terms of planning, where did we lose the plot?

We believe we did the great master plans for cities like Mohenjo-daro and Harappa, and then we did nothing till Chandigarh was built. But this is not true. In the Arthaśāstra, there is plenty to read about urban design and there are many other treatises on urban design, building design, architecture, and aesthetics. Jaipur was built on the way of traditional principles, which were developed much later than the Harappan period. In the modern times, several princely states had good cities and some were functioning cities such as Vadodara. But they were not built with these rigid plans.

So Harappan cities were not master planned, but were continuously evolving cities. For example, Dholavira used to have an upper town and a lower town. Eventually, the city expanded out of the regional design. We have seen the city change, adapt and around 2000 BC, it went into decline due to climate change. However, adaptation attempts were made through creating more water reservoirs and ultimately it was still not tenable and was abandoned.

First, the idea that Harappan [civilisation] had great master planned cities is wrong. Second, we have oddly enough come to think that post-Harappan cities were not properly designed. Contemporaneous to the Harappan, there was the copper hood civilisation and it was as technologically advanced. It is quite possible that Varanasi was contemporaneous to the Harappan civilisation. Even by conventional reckoning, the city is more than 4,000-years-old. It does not have any of the characteristics that excite us about the Harappan cities. But the Harappan period only lasted for 400 years, whereas Varanasi is still a thriving city.

So what is Varanasi doing [right]? Continuous adaptation. In a pedestrianised environment, the design of Varanasi is perfect. It has got a lot of public space. It is completely mixed-use with temples, next to it housing, around it is the market. It mixes all kinds of social groups. It also has a lot of history, architecture, and everything that 21st century cities invest in.

Also in India, the impression is that the best planned city in the country is Chandigarh and the best planned city in the world is Singapore. But these are completely different models. The model of Singapore is continuous adaptation. Chandigarh on the other hand attempts to look like how it did in 1965. I would argue an adaptive system that is able to evolve with the times while maintaining continuity with its past. A complex adaptive system is more effective and efficient than having the master plan approach that Chandigarh attempted to do. Chandigarh, it is the most successful version of its type. Most cities that attempted this model have not succeeded. Hence, rigid master plans do fail.

In current times, what about the prioritisation? A lot of money has been invested in transportation, housing, energy ... and these are important. But like Mahatma Gandhi once said, somehow we neglect good sanitation and waste. What is your view on this?

Till as recently as 2000, we used to have this mind-set that the real India lives in its villages. This idea was also propagated by Mahatma Gandhi. Hence, there was some hesitance about investing heavily in urban infrastructure. India has gone through many cycles of urbanisation and de-urbanisation. Consequently, no evidence suggests that the country lives in its villages. India has sometimes lived in its villages and at times in its cities. Today, we are going through another phase of rapid urbanisation. My sense is that in the next 10 years, we will be an urban majority country. Hence, I am in favour of heavily investing in urban infrastructure. We do not have to invest heavily on master planning and predestination of cities.

Instead, the real game is in managing our cities. And hence, we need to also invest in waste management. Our approach needs to be more dynamic. Delhi might look cluttered. But when you look at it from a flight, it looks orderly yearned from above. All the sector roads are correctly laid out, buildings are nicely spread. This is because the planners took the top down-view. But the real game is in managing on the ground, and not the top-down view. And as we build our cities as well as the rural areas, one of the major things that we need to manage is waste.

Municipal commissioners have an average tenure of around 10 months, making it impossible for them to have any commitment in any project that they take up. So how is the required ownership in the change going to come forth?

Nine cities have raised municipal bonds and they are moving towards a sustainability model. But unless we are able to fix this part about the accountability and ownership of the CEO, what we would have created in terms of sustainability would get affected.

Most of the world does it routinely. Basically, we need somebody being in-charge of the system. Consequently, being a mayor of a town needs to be an aspirational activity. In India, today somebody would want to be a MLA, but not a mayor. The mayor of New York is better known than the governor. Also, after the prime minister of the UK, the mayor is the best known politician. So the question is what works. In our political architecture, the DC may be the easier point, so that political overview happens at the chief minister’s level. If that is the model going down, then the chief minister’s representatives━the DCs━have to be powerful characters.

As for smart cities, the basic idea was to decentralise everything that a city wanted to do. It had nothing to do with digitalisation. To a certain extent, some cities did opt for digital outcomes. Cleaning up a park or painting a heritage building could also be part of a smart city budget. In the mission, cities came up with their ideas and this was different as compared to the earlier top down approach, which was run through planned projects such as JNNURM. In JNNURM, a lot of money was spent and some things went right. However, a lot of resources were wasted as there was no local ownership of those ideas. And the smart cities idea was basically to provide some local ownership. While some of those projects have worked and some have not, that should be okay. Not every project will work. The idea here is: It is important to document the successes and the failures.

Institutional knowledge is important. Else, in India, we keep repeating the same mistakes, and do not progress. Documentation will create accountability towards those who took the resources and did whatever they wanted to. Even in those cases, certain ideas do not work.