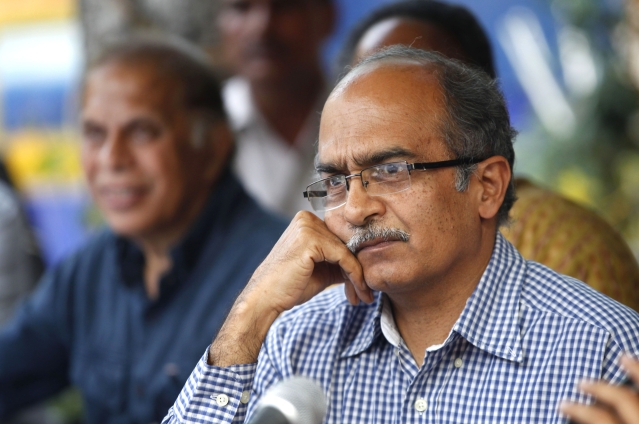 The Supreme Court (SC) on Wednesday (22 July) issued notice to advocate Prashant Bhushan over the alleged contemptuous remarks made on Twitter. The court also asked the Attorney General to assist it in the case.

“We are, prima facie, of the view that the aforesaid statements on Twitter have brought the administration of justice in disrepute and are capable of undermining the dignity and authority of the institution of the Supreme Court in general and the office of the Chief Justice of India in particular, in the eyes of public at large,” the court said.

Senior advocate Sajan Poovayya, representing Twitter Inc., USA, contended that he would advise his client to delete the offensive tweets.

The Bench questioned Twitter why it couldn’t disable the tweets on its own even after a contempt case had been initiated. The counsel for Twitter said he understood it and would convey the court’s intent to his client.

He also submitted before the Bench to direct it to disable tweets by Bhushan, and insisted that Twitter couldn’t delete tweets without the court direction.

“We take suo motu cognizance of the aforesaid tweet also, apart from the tweet quoted above and suo motu register the proceedings. We issue notice to the Attorney General for India and to Prashant Bhushan also,” the court said referring to Bhushan’s two tweets.

The first tweet, posted on June 27, alleged the last four Chief Justices had played a role in the “destruction of democracy” during undeclared “emergency” for the last six years.

The second tweet on June 29 allegedly said the present Chief Justice rode a stationary bike at Nagpur while keeping the apex court in lockdown and denying citizens their right to access to justice.

CJI rides a 50 Lakh motorcycle belonging to a BJP leader at Raj Bhavan Nagpur, without a mask or helmet, at a time when he keeps the SC in Lockdown mode denying citizens their fundamental right to access Justice! pic.twitter.com/PwKOS22iMz

The apex court has been hearing cases through video link all through the lockdown.