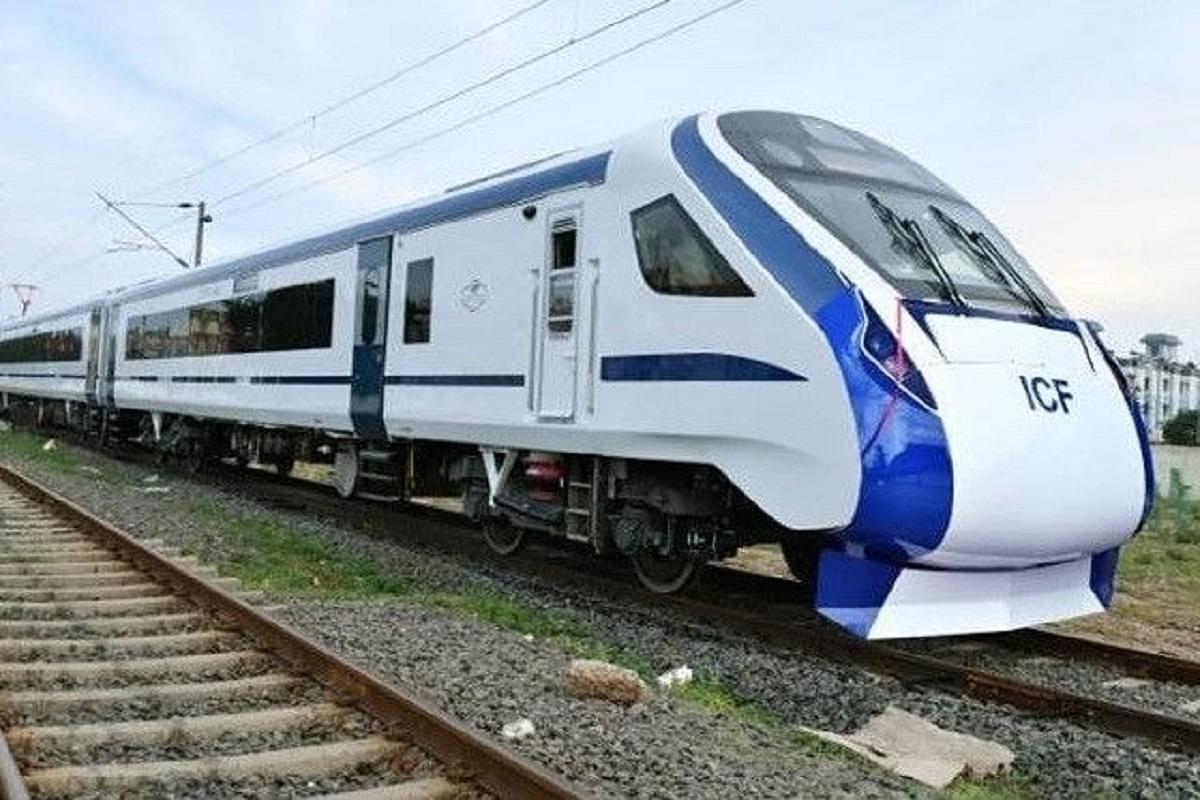 According to a railway official, the Bilaspur-Nagpur Vande Bharat Express would run six days a week and would take around five and a half hours to complete one leg of the journey.

In order to meet the 75 target, manufacturing of  Vande Bharat trains has to be expedited further to roll out seven to eight trains ready every month.

According to the original roll out plan, five trains were scheduled to be manufactured in November while seven trains were to be ready in December.

Vande Bharat trains are capable of achieving 160-180 kmph speed, but the capacity and infrastructural limitations on the current rail network forces it to moderate the speed.

The fully air-conditioned train has sliding doors, CCTV cameras, and comfortable reclining seats. In addition, there are a slew of features for passenger comfort, including photocatalytic ultraviolet air purification system.

There is also a passenger-guard communication facility in coaches, which comes with an automatic voice recording feature.

The country's first Vande Bharat Express train was flagged off in 2019 on the New Delhi-Kanpur-Allahabad-Varanasi route.