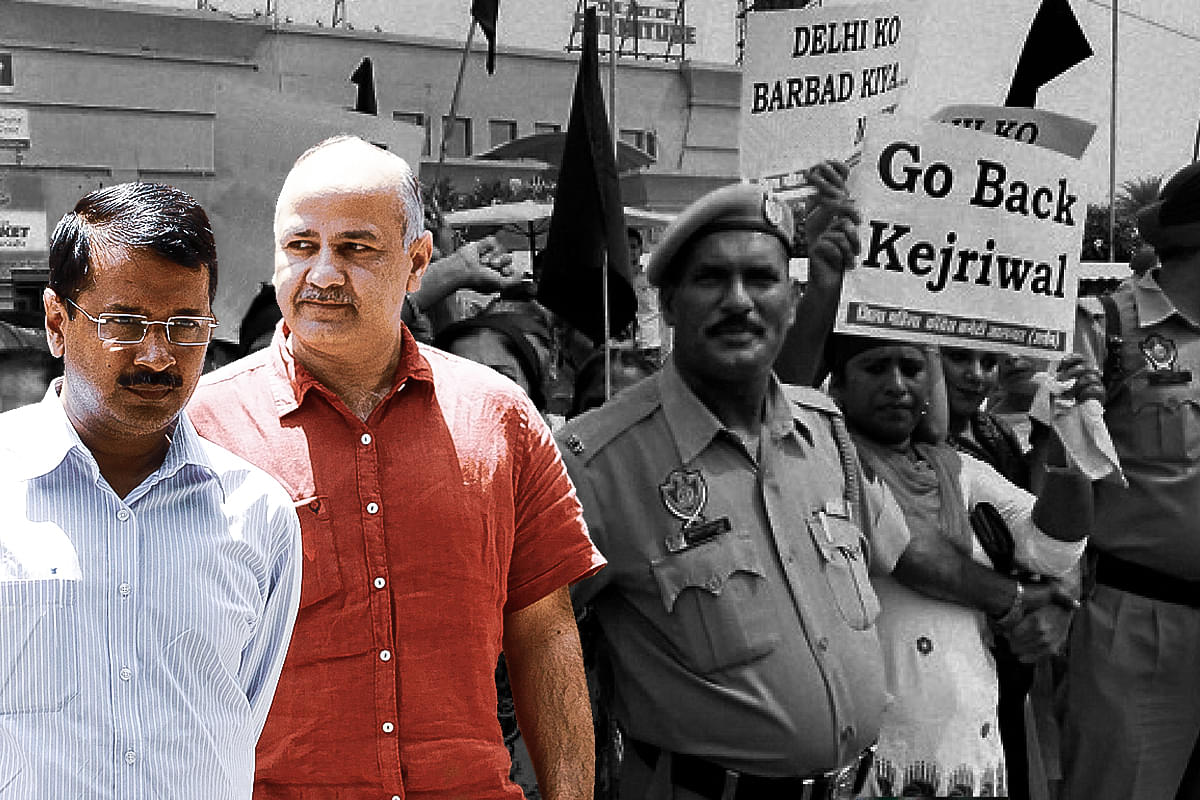 On Tuesday, Delhi CM Arvind Kejriwal and Deputy CM Manish Sisodia visited the home of martyred Delhi Police constable Ratan Lal in Delhi. He was killed on duty during violent clashes that erupted in parts of North Delhi earlier this week in protests against the Citizenship Amendment Act.

According to this report, Kejriwal and Sisodia had gone to express their grief to the slain policeman's family but were booed out with slogans from angry people who had gathered near his house in large numbers in solidarity with Ratan Lal's family.

The people were gathered there to pay their own tribute to Ratan Lal. Slogans of ‘Go back’ and other slogans directed at the high-profile visitors were raised (the video is here).

Earlier today, India Today reported that in Rajasthan, members of constable Ratan Lal's family have blocked the road leading to his village. The family is occupying the road and demanding that Ratan Lal be given the status of a martyr.

According to this report, members of his family in Rajasthan who were sitting on protests were claiming ‘that Ratan Lal will not be cremated till the time he is given the status of a martyr.’

In Delhi, Ratan Lal was paid an emotional tribute by the Delhi Police. Police Commissioner Amulya Patnaik said that it was a sad day for them and that Ratan Lal was a courageous officer.

On Tuesday, Kejriwal, along with Sisodia was seen praying at Rajghat along with other leaders of the Aam Aadmi Party.

“Ratan Lal was deputed as Head Constable at ACP office, Gokalpuri in National Capital. On Monday, when Ratan Lal was in Bhajanpura controlling the violence, he was allegedly shot to death by the protesters. According to the medical report, Ratan Lal died of bullet injuries and excessive bleeding,” a report said.

According to India Today, Ratan Lal’s autopsy report says that the head constable died of a bullet. Earlier, reports had said that the policeman had died of injuries received due to stone pelting during anti-CAA agitation in Delhi.

“According to the autopsy report, a bullet was found stuck in his body. The bullet entered his body through the left shoulder and went up to the right shoulder, resulting in his death,” the India Today report reads.

Ratan Lal was a native of Sikar district and is survived by three children who are inconsolable.