Taking On The Vatican: Nun Expelled For Protesting Against Sexual Abuse In Church Documents Her Story Indicting Priests 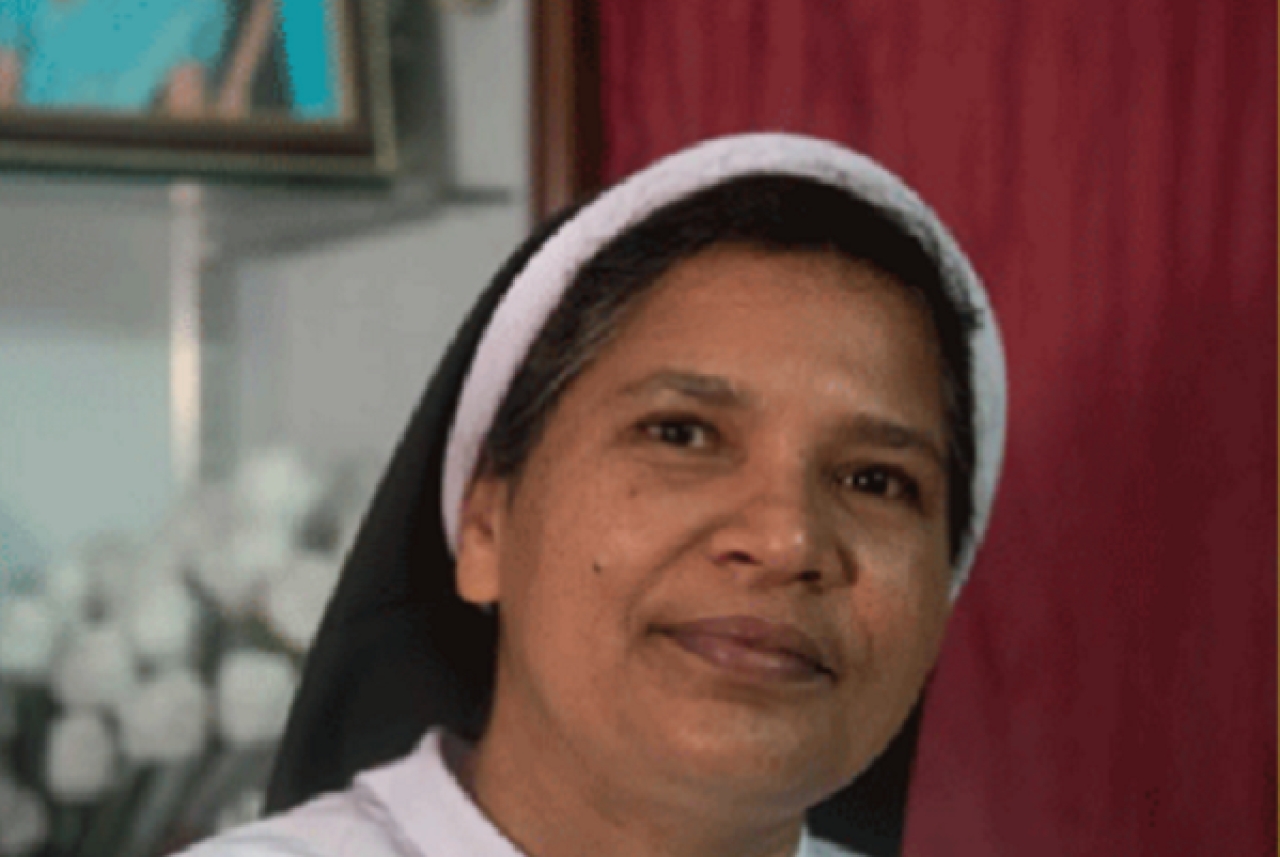 When six nuns of the Missionaries of Jesus, a Roman Catholic Institute in Kerala, alleged sexual assault by their Jalandhar Bishop Franco Mulakkal last year, there were many who expressed solidarity with them.

One of them was Sister Lucy Kalapura, who belonged to another Catholic order Franciscan Clarist Congregation (FCC) and taught at the Sacred Heart Higher Secondary School in Wayanad, the constituency that has sent former Congress president Rahul Gandhi to the Lok Sabha.

Known for her non-conformist stand and lack of inhibition, something the Church abhors, Lucy Kalapura spoke at a protest meeting in solidarity with the victim-nuns and even took part in television prime time debates.

What happens if such a personality, who is “awesome” to her students, comes out with an autobiography?

“Karthavinte Namathil” (In the service of the Lord), the autobiography of Lucy Kalapura, who was expelled from FCC in August this year “for leading a life not conforming to church rules”, has kicked up quite a storm, with the nun alleging that she has faced sexual abuse at least four times from priests.

Attempts were made to molest her when the priests had visited her convent, she has charged.

Lucy Kalapura has written that a nun gave birth to a child at a convent and the concerned priest responsible for the pregnancy was protected by Church authorities.

On her own bad experience, the nun claimed priest Robin Vadkumcherry, who was convicted in February this year by a special court at Thalassery in Kerala’s Kannur district for sexually assaulting a minor girl for four years, had tried to misbehave with her. He had called her many times to come and see him privately.

She alleged that Vadkumcherry had maintained relations with some nuns, who supported him because of their relationship with him.

Writing on other priests, she said one particular priest, who was a lecturer at a college, regularly took rest at a nearby convent in a room specially allotted for him.

The priest always preached on precautions nuns should take while having sex and a nun, who got fed up with this, revealed it to her friend, who was helpless.

The priest, who is retired now, continued with such preaching until his retirement from teaching, she charged.

Lucy Kalapura, who wore churidar and kameez to take part in “Women’s wall” in support of gender equality and bought a car on loan, feels nuns and priests should be allowed to get married.

Her argument favouring marriages of nuns, in particular, is because she says the nuns are too weak-minded to overcome the priests’ incitement. She prefers a change in tradition rather than “locking up of human emotions”.

Last month, the Vatican had turned down Lucy Kalapura’s appeal against her expulsion from the FCC. The Vatican said it was upholding FCC complaints against the nun, who was charged with acting ‘contrary to church rules’.

In her appeal to the Vatican, Lucy Kalapura told Leonardo Cardinal Sandri, Prefect, Congregation for the Oriental Churches, that she was being targeted for taking part in protests against Mulakkal, seeking justice for the nuns. She also sought an opportunity to present her case before Pope Francis.

Lucy Kalapura faced these charges soon after she expressed solidarity with the six nuns who had alleged that Mulakkal had sexually assaulted them. She was summoned to FCC headquarters Aluva but she didn’t go.

The six nuns were later transferred but four of them refused to take the transfer.

Lucy Kalapura, who had pledged to donate one of her kidneys in 2015 to a poor person and plans to pledge her body to the Kozhikode Medical College for medical studies, has been threatened that she would be buried in a “themmadi kuzhi” (a scoundrel’s grave) by some church authorities.

After one of the nuns filed a complaint with police alleging that she was raped by Mulakkal during 2014-16 at a convent in Kurivalangad near Kottayam, he was arrested on 21 September last year.

The bishop was released on bail on 18 October last year and since then, it has been extended. During this weekend, his bail was further extended until January.

Kerala police filed a charge-sheet against Mulakkal on 9 April this year, charging him with wrongful confinement, sexual assault by a person in control or dominance of a woman, unnatural sex and threatening the victims.

Get Swarajya in your inbox everyday. Subscribe here.
Tags:
416 Shares