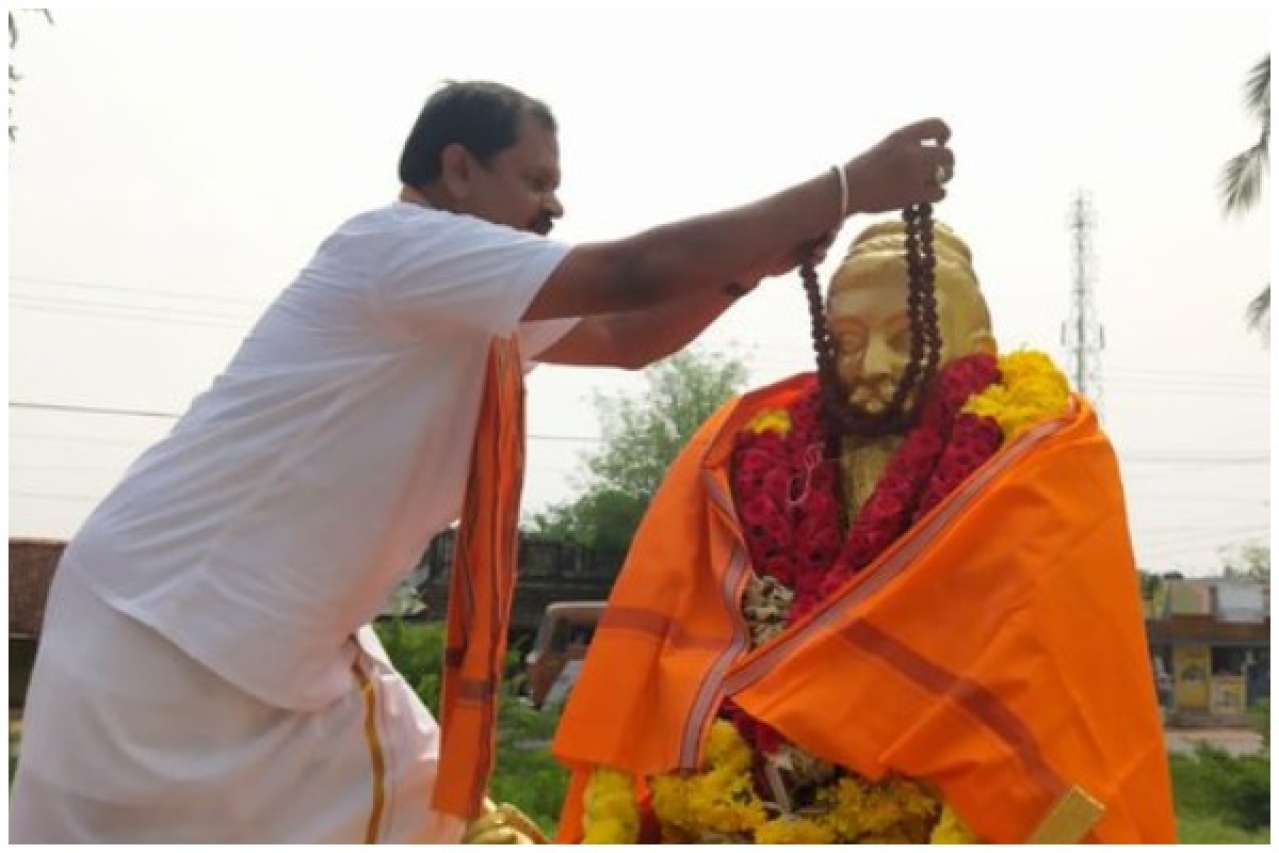 While the controversy over whether Tamil saint-poet Thiruvallur wore saffron or white robe continues, the Tamil Nadu police have arrested Hindu Makkal Katchi founder Arjun Sampath for draping a statue of Thiruvalluvar in Thanjavur district with a saffron shawl.

Sampath also applied ash marks on the saint-poet’s forehead and arms, besides adorning the statue with a rudraksh mala or garland at Pillayarpatti in the district.

Sampath was reportedly arrested to prevent any law and order problem. It was the same statue that was defiled on Monday by unidentified miscreants when the controversy over Thiruvalluvar robes and ash marks broke out.

The police are yet to make any arrest with regard to the desecration of the statue. Two Dravida Munnetra Kazhagam (DMK) workers are suspected to have defiled the statue with cow dung.

The statue was immediately cleaned by the authorities to avoid the situation going out of control. After this, Sampath went to the spot on Wednesday (6 November) to pay his respects and adorn the statue with a saffron shawl and a rudraksh garland.

The controversy arose after DMK president M K Stalin hit out at the Bharatiya Janata Party which put out a tweet which showed Thiruvalluvar in a saffron robe and sporting ash marks on his body.

This was hours after Prime Minister Narendra Modi released a Thai translation of Thiruvalluvar’s Thirukkural. It is a classic literary work containing 1,330 couplets that dwell on the virtues of human life.

At the book-release event, the Prime Minister said that the Thirukkural was not just a book but a guiding light that was written 2,500 years ago.

A few on the social media questioned Tamil Nadu police’s inability to apprehend those who had desecrated the statue.

Get Swarajya in your inbox everyday. Subscribe here.
Tags:
41 Shares