Telangana Police Arrest Eight For Attack On College Student Over ‘Blasphemy’, Book Them Under Anti-Ragging Act 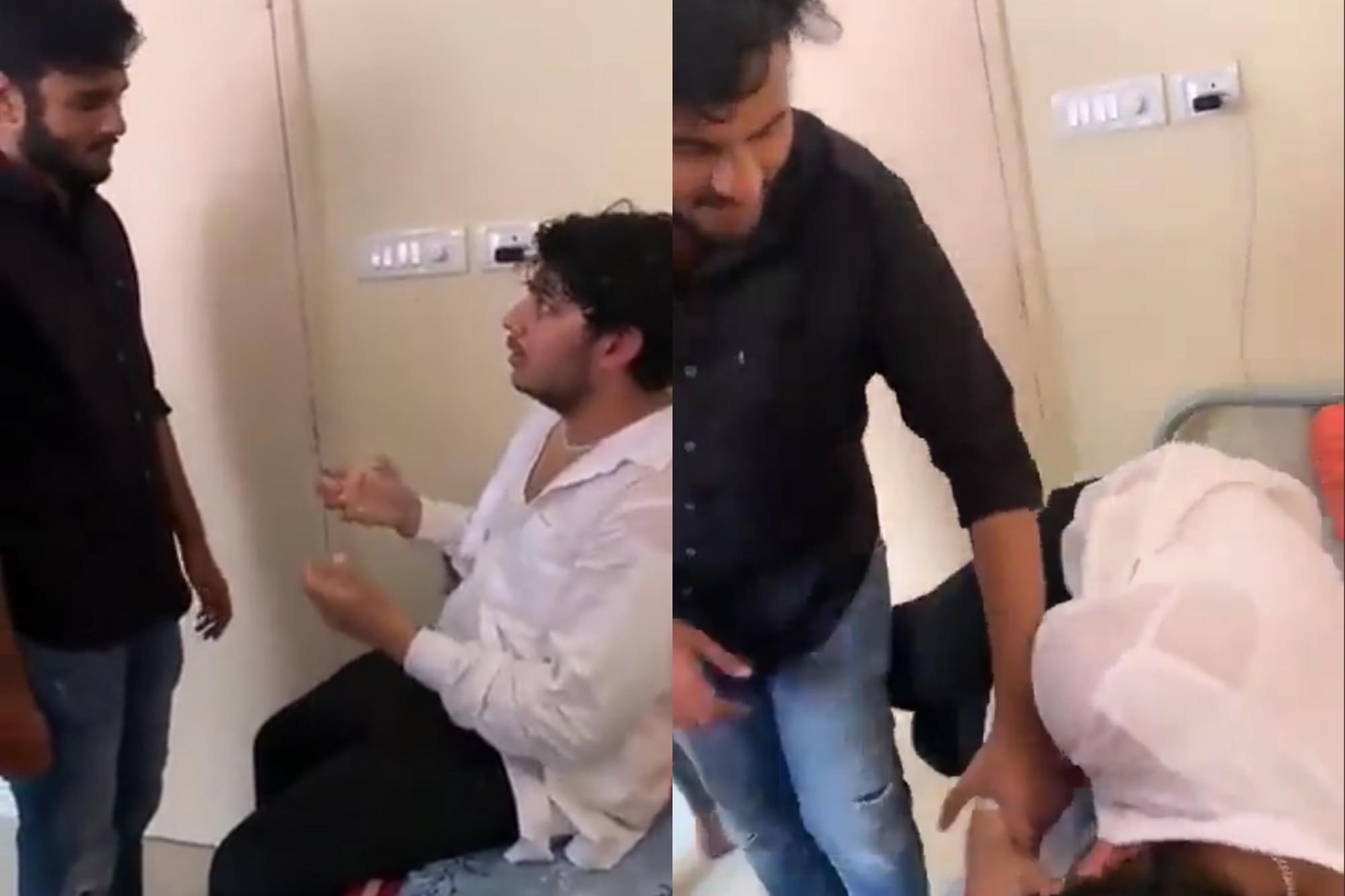 Still from the video of the attack

Last week, a video of a college student being thrashed by fellow students for perceived ‘blasphemy’ of Islam went viral on the Internet.

The Telangana police have now informed that they have arrested eight people for the assault, booking them for attempt to murder and under the anti-ragging act.

Telangana’s Cyberabad police from their official Twitter handle informed yesterday (14 November) about the eight arrests. In addition to this, the police have initiated legal action against nine members of the college administration for negligence.

On 1 November, a group of students from ICFAI Business School in Hyderabad thrashed a student named Himank Bansal in a hostel room, the video of which went viral on the Internet.

In the video, Bansal was seen being forced to chant ‘Allahu Akbar’. The students were seen slapping him, pinning him to the bed while holding his arms and legs, and assaulting him.

One of the attackers was seen confronting him over a chat message he sent to a fellow student in which he allegedly made a derogatory remark against Islam’s founder. The attacker was seen saying he would “fix his [Bansal’s] ideology by sending him to coma”.

Bansal later gave a written complaint to Shankarpally police station and, subsequently, an FIR was registered on 11 November. He named 12 people.

This information was shared by the police through a tweet.

As per reports, all the arrested students are major while one is a juvenile aged 17 years. Some of them are Hindus.

Following the outrage on social media against the attack, the college administration issued a statement saying they have a “zero tolerance” policy against “ragging” on their campus. All the identified accused were rusticated from the college with immediate effect, the statement said, as reported in the media.

There has been a spate of attacks and murders in the country over accusations of blasphemy of Islam or its founder.

In 2010, a college professor in Kerala facing trial for insulting Mohammad (case filed under 295A besides other IPC sections) was brutally attacked by a group of Muslim men.

TJ Joseph survived the attack that left his wrist severed from his body. Though doctors managed to sew the wrist, he remains handicapped. Joseph was later acquitted by the court of blasphemy. Last year, his autobiography detailing what he went through was released in English.

In October 2019, Uttar Pradesh resident Kamlesh Tiwari, also facing trial for insulting Mohammad (case filed under 295A besides other IPC sections), was killed by two Muslim men from Gujarat at his office.

The protesters carried his pictures and raised slogans that there is only one punishment for insulting Mohammad and that is beheading (”gustakh-e-Nabi ki se saza, sar tan se juda”).

In January this year, a 27-year-old man named Kishan Boliya from Gujarat was killed by a group of Muslim man for sharing a video perceived to be derogatory to Islam.

Some months later, two Muslim men killed Udaipur resident Kanhaiya Lal for sharing a post on social media saying he supported Nupur Sharma, who was sacked by the Bharatiya Janata Party from the post of national spokesperson for making a comment on Mohammed.

In absence of a crackdown, the “sar tan se juda” slogans are becoming more commonplace. Last month, the controversial slogans were raised in Rajasthan at Eid-Milan-Un-Nabi celebrations, resulting in public fury, and at least one arrest.