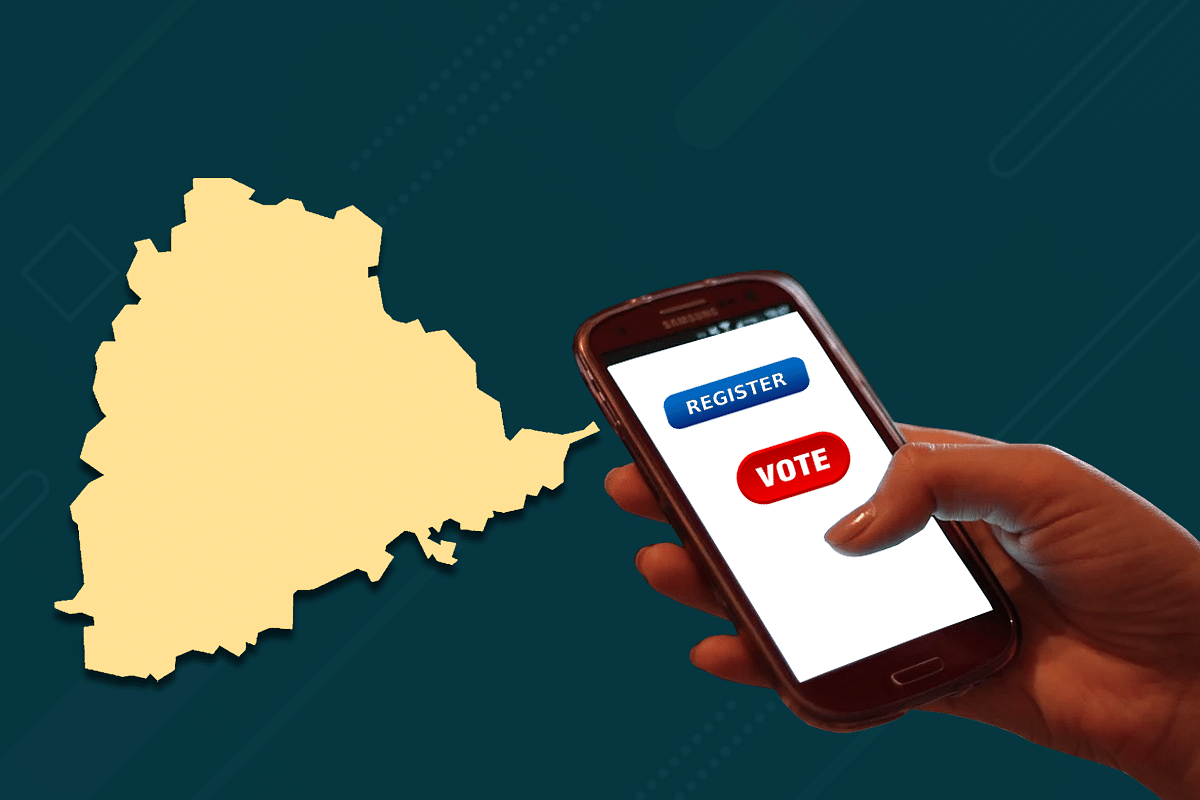 There is no doubt that the coronavirus pandemic has caused worldwide devastation, affecting millions of people around the globe. But the pandemic has also pushed the world into all-digital operations and considering that the Telangana said it has created India's first smartphone-based e-voting solution.

In a news release on 6 October, the state government said that it was ready to conduct a dummy election in the Khammam district to test the e-voting system.

As per the reports, the voters can register themselves via the smartphone-based application between 8 and 18 October, and the mock voting is to be placed on 20 October. The dry run is accessible for all inhabitants of the district.

The Telangana State Election Commission (TSEC) is implementing the system with the help of the state government's IT Electronics and Communications (ITE&C) department's emerging technologies wing and the Centre for Development of Advanced Computing's (CDAC) technical development wing. Additionally, Prof Rajat Moona, director of IIT Bhilai and technical advisor to ECI, as well as professors from IIT Bombay and IIT Delhi, led an expert committee that directed the technical development.

According to The Indian Express, a note explained the process saying: “The solution leverages Artificial Intelligence for a three-factor authentication of valid voter viz. Name Matching with Aadhaar, Liveness Detection of Individual, and Image Matching with EPIC Database (with up to 15~20-year-old records).”

It was also said that the “de-identified and encrypted votes” were secured using blockchain (Distributed Ledger) technology, which ensures that they are kept as “immutable records”. Additionally, the note added: “The smartphone application follows a minimalist design approach and supports both English and Telugu, and also has a detailed help section with tutorial videos and helpline number to aid the citizens.”

As reported, the 'TSEC eVote' Android app, which will be used for the dry run, is described as a security-hardened mobile application that binds a device ID and phone number to a specific citizen registration process, ensuring that only the same device can be used during voting, while also increasing safety by design.

However, the entire process can be watched and managed by the administrator via a web interface, and the generation/access of results is further safeguarded by a physical security token-based decryption requirement. Furthermore, as an extra security measure, the entire data will be kept in state data centres (SDCs).

The project grew out of the State Election Commission's proposal to provide e-voting to a select group of voters, including PWDs, Senior Citizens, citizens working in recognised vital services, ill persons, polling workers, and IT professionals, among others.

Artificial intelligence and blockchain, according to Jayesh Ranjan, who is the principal secretary (ITE&C department), are two of the most flexible new technologies that already fuel many of Telangana's GovTech projects.

Ranjan said: “We are glad to have supported Telangana State Election Commission in this initiative of building an eVoting solution for our citizens and especially those that may face challenges with physical voting with or without Covid-19 pandemic. The support and confidence of the election commission in such technologies is a testament to India’s growing strength in the field.”

Telangana has tested the use of facial recognition software in polls, despite expert and political party AIMIM criticisms of invasion of privacy and monitoring. The technology, which purportedly prevents the potential of impersonation by fake voters, was tested in 2020 during municipal elections in Kompally municipality in Medchal-Malkajgiri district and the subsequent Greater Hyderabad Municipal Corporation elections.

In this technique of authenticating voters with facial recognition, an additional polling officer was equipped with a smartphone to verify voters’ identity evidence before taking a photo and uploading it to the server using the phone's face recognition programme. The image is then compared to data held by the Election Commission.

However, amid fears that images of voters might be utilised for surveillance, the State Election Commissioner guaranteed that the photos would be wiped from the memory of the phone used in the polling station as well as the Telangana State Technology Services' (TSTS) server.