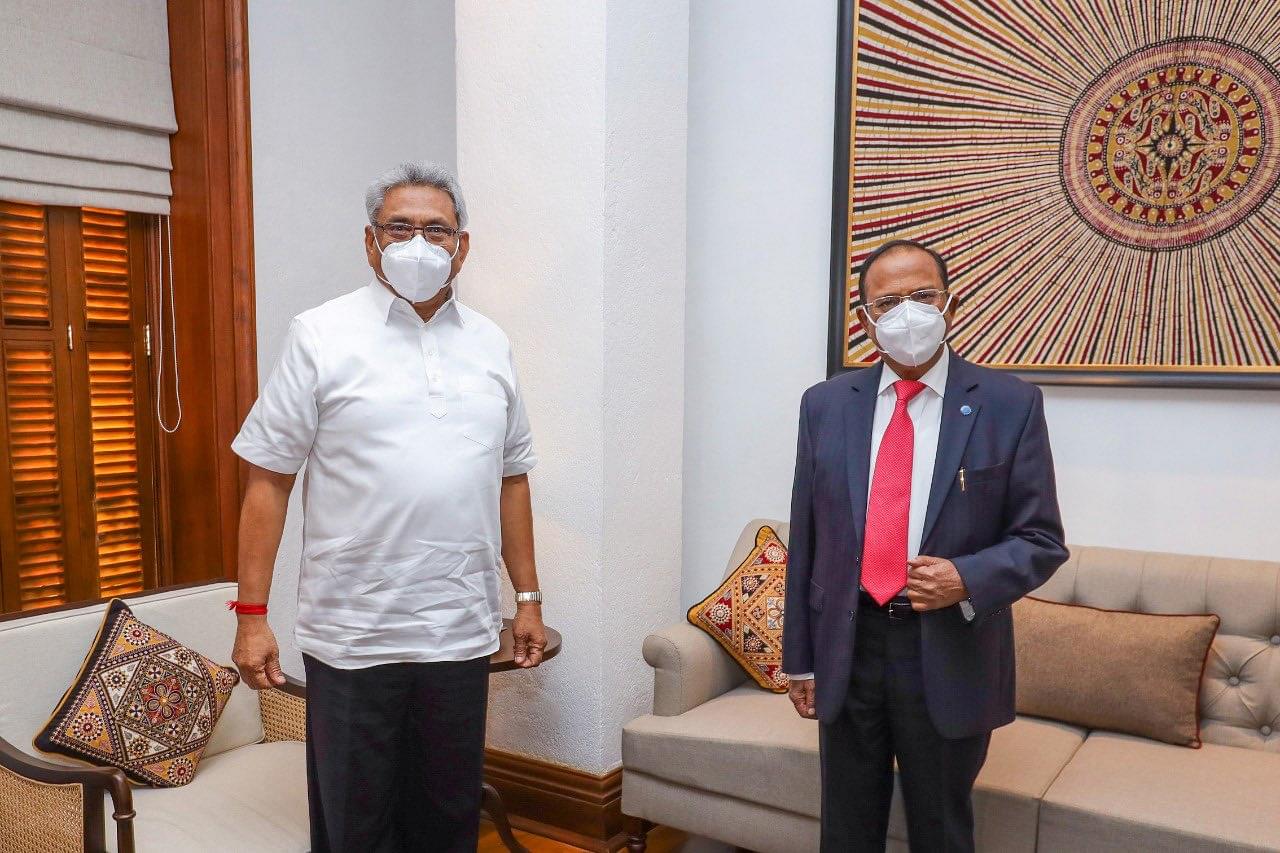 Indian National Security Adviser (NSA) Ajit Doval has accomplished at least three things during his visit to Sri Lanka on 27 and 28 November.

Rajapaksha and Doval agreed that infrastructure development projects with India’s assistance should be expedited.

Doval visit assumes significance in the wake of concerns being raised over the influence China is wielding in Sri Lanka’s economic decisions.

According to The Citizen website, which quoted informed sources, Doval’s Colombo visit will now help India, Sri Lanka and Japan to jointly develop and operate the Eastern Container Terminal in Colombo Port.

The plans for the Eastern Container Terminal were announced in August 2016 by then Sri Lankan Minister of Ports Arjuna Ranatunga.

Ranatunga had then announced that an Indian company will be invited to develop the terminal at Colombo port for geo-political reasons and also because then prime minister Ranil Wickremesinghe was keen on India’s involvement.

An Indian company had submitted a proposal but Maithripala Sirisena, who was then the president, scuttled the investment, saying that Lankan national assets such as ports cannot be handed over to foreign entities.

But in May last year, India, Sri Lanka and Japan signed a memorandum of cooperation (MoC) for the development and operation of the Eastern Container Terminal and the Lankan President was keen on honouring it.

According to the MoC, a terminal operations company was to be set up for conducting all operations with Sri Lanka having 51 per cent stake in it, India 15 per cent and the joint venture partners the rest.

Japan’s role was to fund the project by extending a 40-year loan at an interest rate of 0.1 per cent.

A Chinese company, backed by Beijing, is operating an international container terminal at the Colombo harbour, which is adjacent to the Eastern Container Terminal.

India wants to make its presence felt at the Colombo Port as transshipment of Indian cargoes account for nearly three-fourths of the port’s business. Thus, Doval has got things moving with regard to the Eastern Container Terminal.

For Sri Lanka, allowing India a role in the terminal will help it to balance its newly-renewed relations with China.

India has been concerned over the increasing role of China in Sri Lanka’s economy and the US has also been discussing this with India frequently.

The Eastern Container Terminal issue came up as part of 15 joint venture projects that are pending after India and Sri Lanka signed in 2017. Concerns over the status of these projects have been raised by Prime Minister Narendra Modi’s office.

The second significant development of Doval’s visit is India, Sri Lanka and Maldives agreeing to set up a Maritime Security Secretariat in Colombo to coordinate maritime security programmes.

According to The Citizen, the secretariat is considered crucial in view of China’s ingress into the Indian Ocean and land in South Asia, particularly Pakistan where it is involved in constructing China-Pakistan Economic Corridor.

The third development with regard to the NSA’s visit was his meeting with Lankan Tamil leader R Sampanthan, whose Tamil National Alliance has 10 seats in the Sri Lankan Parliament.

The Hindu quoted Sampanthan as saying that he discussed issues relating to the development of Sri Lanka as also the island nation’s north and east regions.

Probably, the two discussed a solution to the long-pending Tamils’ issue or some sort of constitutional settlement.

Besides these, the Indian NSA has also told the Sri Lankan President that he would get Indian investments in Sri Lanka, particularly in view of Colombo looking to attract investments rather than avail of loans.

Doval also expressed India's willingness to identify and invest in new fields that could contribute to the economic growth in Sri Lanka.