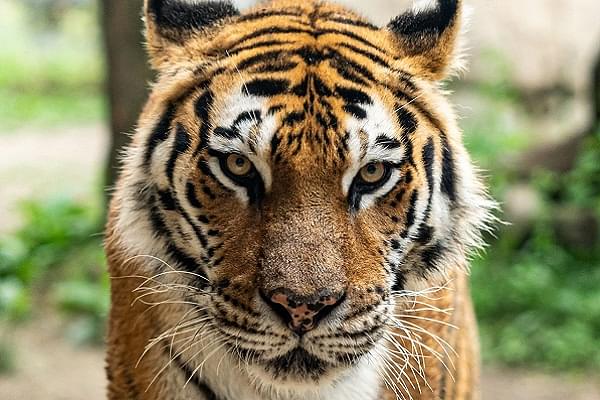 The fourth All India Tiger Estimation 2018 exercise concluded with Prime Minister Narendra Modi presenting its report on 29 July, celebrated as International Tiger Day across the globe. The presentation marked the end of a mammoth 15 month survey covering 3,81,400 sq km of forested habitats conducted by 44,000 field staff across 20 tiger-harbouring states in the country.

The survey may even end up setting the Guinness world record for the world’s largest wildlife survey ever conducted.

The report brought good news for tiger conservationists in India as it pointed to the tiger population in India rising to 2,967 over twice the 1,411 recorded in 2006. This also meant that India had already met its commitment of the 2010 St Petersburg Declaration which aimed to double tiger populations in 13 tiger home ranges by 2022.

The report crowned Madhya Pradesh as the leader among Indian states with 526 tigers, while Karnataka followed closely at 524. Hill state Uttarakhand meanwhile came third with 442 tigers.

However, Chattisgarh and Mizoram reported a decline in tiger population while it remained constant in Odisha. All the other states, as well as five landscapes combined, showed a positive trend.

Among individual reserves, Pench Tiger Reserve in Madhya Pradesh was adjudged as the having the best management while Tamil Nadu’s Sathyamangalam Tiger Reserve saw the highest increment in management quality.

The survey was a massive data exercise with pattern matching machine learning experts roped in to process a total of 35 million pictures of wildlife. The data collection itself stretched upto 5,93,882 man days. Cameras were setup at 26,760 locations covering 86 per cent of the entire tiger habitat in India. The data was aggregated via an Android app and its desktop versions called M-STrIPES.

The digital data collection is complemented by older forms of sampling like the mark-recapture framework, pug-marks, track detection etc.

The data is peer reviewed by scientists from other countries adding to its credibility.

While the numbers suggest an overall positive story for tiger population in India, some concerns have been raised as well. The primary concern is that India might be reaching its current capacity of wild tiger population. This argument is evidenced by the increasing man-animal conflicts in different parts of the country like the man-eater tigress Avni, killed in November last year.

Second is the uneven distribution of the populations. There are concerns that while populations in established protected areas are healthy, isolated, smaller populations in corridors are suffering. Also, there has been a decrease in population in some states even as the nation as a whole marked a 33 per cent increase.

Third, is transboundary conservation of tiger populations. India shares tiger-inhabited ranges with Bangladesh, Nepal, Bhutan and Myanmar and a transboundary agreements for conservation, similar to the one for Rhinos, can help boost efforts.

Lastly, climate change is threatening wildlife habitats across the the world and tigers in India face the threat directly. Sunderbans, among the most iconic of tiger habitats are under threat. Tigers are a keystone species and their well-being can signal the health of an entire ecosystem.

So while India’s success in conserving its tigers is to be lauded, there are still several creases to be ironed out. India holds 60 per cent of the world’s tigers and these efforts may as well be crucial to the survival of the species in the long run.