Trump Is Now Okay With Microsoft Acquiring TikTok But Only If U.S Treasury Receives “A Lot Of Money” For Making The Deal Happen 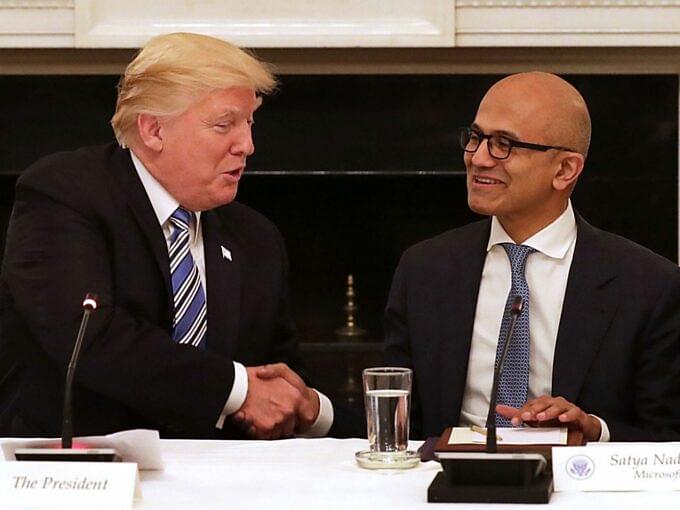 Signalling that he has abandoned his earlier resistance to the attempt by Microsoft to acquire U.S Operations of Chinese video-sharing app TikTok, President Donald Trump said he was ready to approve a purchase but only if the government receives “a lot of money” in exchange, The Wall Street Journal reported.

Over the weekend, Microsoft had temporarily halted its negotiation to buy the U.S. operations of TikTok after Trump’s statement categorically asserting that he intents to ban the Chinese app and will not allow such any acquisition deal.

During a telephonic discussion with Microsoft ’s chief executive Satya Nadella over the weekend, Trump appeared to have shifted his position but conveyed his demand for a “very large percentage” of the purchase price and a Sep 15 deadline for concluding the deal.

The US president said that a very substantial portion of purchase price should come to Treasury of the United States “because we’re making it possible for this deal to happen.”

Likening his demand for “payment” as something like a landlord-tenant relations, Trump said “Right now they don’t have any rights, unless we give it to them. So if we’re going to give them the rights, then it has to come into, it has to come into this country.“

Copying China’ own playbook that impose restrictions on foreign tech companies, the White House had been aggressively pushing for a sale to U.S. owners, citing national-security risks that the Chinese government could exploit the personal data the app collects.

In an attempt to further solidify its play in the consumer technology space, Microsoft has been in advanced talks to buy the TikTok from ByteDance. Microsoft had earlier acquired LinkedIn for $27 billion in 2016. In 2014, the company paid $2.5 billion to purchase game developer Mojang, whose Minecraft title is huge popular among younger users who also make up TikTok’s core audience in the U.S.

Late last year, the U.S has launched an national security review of TikTok following apprehensions expressed by several US senators.

The U.S Treasury also launched a probe in to ByteDance's acquisition of Musical.ly in 2017. The $1bn purchase enabled the explosive growth of TikTok in U.S.

U.S Senator led by Marco Rubio had called for a national-security review of the 2017 deal. Rubio claimed that TikTok is censoring content at the behest of China. He accused the widely popular app of blocking sympathetic coverage of protests in Hong Kong and reports about China’s treatment of Muslim minorities.

Cfius (Committee on Foreign Investment in the United States), the division of the US Treasury which checks foreign purchases of US companies on security grounds., was tasked with probing.

TikTok continues to reject claims of censorship saying that its content moderation policies aren’t influenced by any government and that the Chinese government hasn’t requested that TikTok censor content.