Under Fire For Attack On Temples, Andhra Chief Minister Launches Reconstruction Of Temples Demolished During TDP Rule In 2016 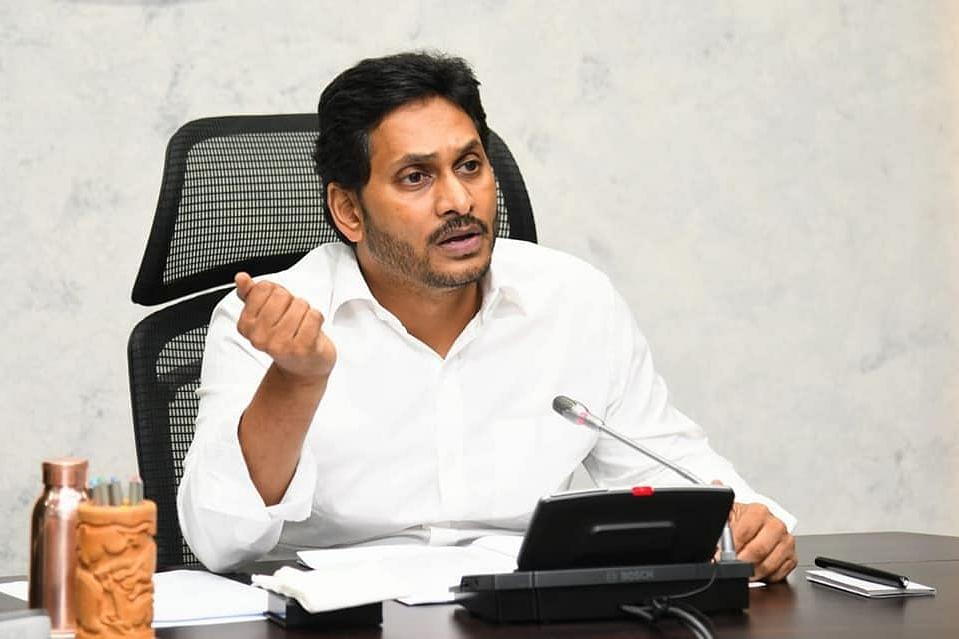 Under fire for over 20 temples being attacked ever since he came to power in May 2019, Andhra Pradesh Chief Minister Y S Jaganmohan Reddy today (8 January) laid the foundation for reconstruction of temples in Vijayawada that were demolished by his predecessor N Chandrababu Naidu’s government in 2016.

The Krishna Pushkaram is held once in 12 years to worship the River Krishna. At least five of the temples demolished then were big ones.

Then, the TDP government faced the combined wrath of the Bharatiya Janata Party (BJP), the Vishwa Hindu Parishad and seers. The issue was raised at political, religious and civic levels then.

In addition to the re-construction work, the YSR Congress Party government will also rebuild 40 temples in 13 districts across Andhra Pradesh that were demolished for one reason or the other, and are yet to see any progress for years now.

The reconstruction of the Rahu-Ketu temple will be done at a cost Rs 70 lakh, while Rs 9.5 lakh will be spent on Seethamma Padalu temple restoration.

The Anjaneya Swamy temple will see the government spending Rs 31.5 lakh for reconstruction and the Sri Saneeswara Temple will be up again with stone construction at a cost of Rs 2 crore.

Another Rs 68 lakh will be spent for the reconstruction of temples such as Boddubomma, Sri Dasanjaneya, Veerababu, Krishna and Goshala.

The Andhra Pradesh Endowments Department will bear the cost for the reconstruction.

The temples in Vijayawada were demolished as Naidu was keen on smooth conduct of the Pushkaram, for which 2 crore pilgrims were reported to have visited Vijayawada.

The TDP government reportedly wanted more road space for the pilgrims especially after 29 people lost their lives in a stampede during the Godavari Pushkaram in 2015.

The demolition left the Hindus upset with seers reacting angrily.

The demolition even became an issue of "Hindus versus minority appeasement" for the TDP then.

Though the BJP held the endowments portfolio as it was in alliance with the TDP 2016, Manikyala Rao, the minister then, said the demolition was not duly notified nor discussed with temple trusts and added the officials acted in haste.

Then, the BJP said that Rao was a powerless minister. In order to placate the upset Hindus, a committee was formed by Naidu for the temples’ reconstruction but it did not see the light of the day until Reddy launched it today.