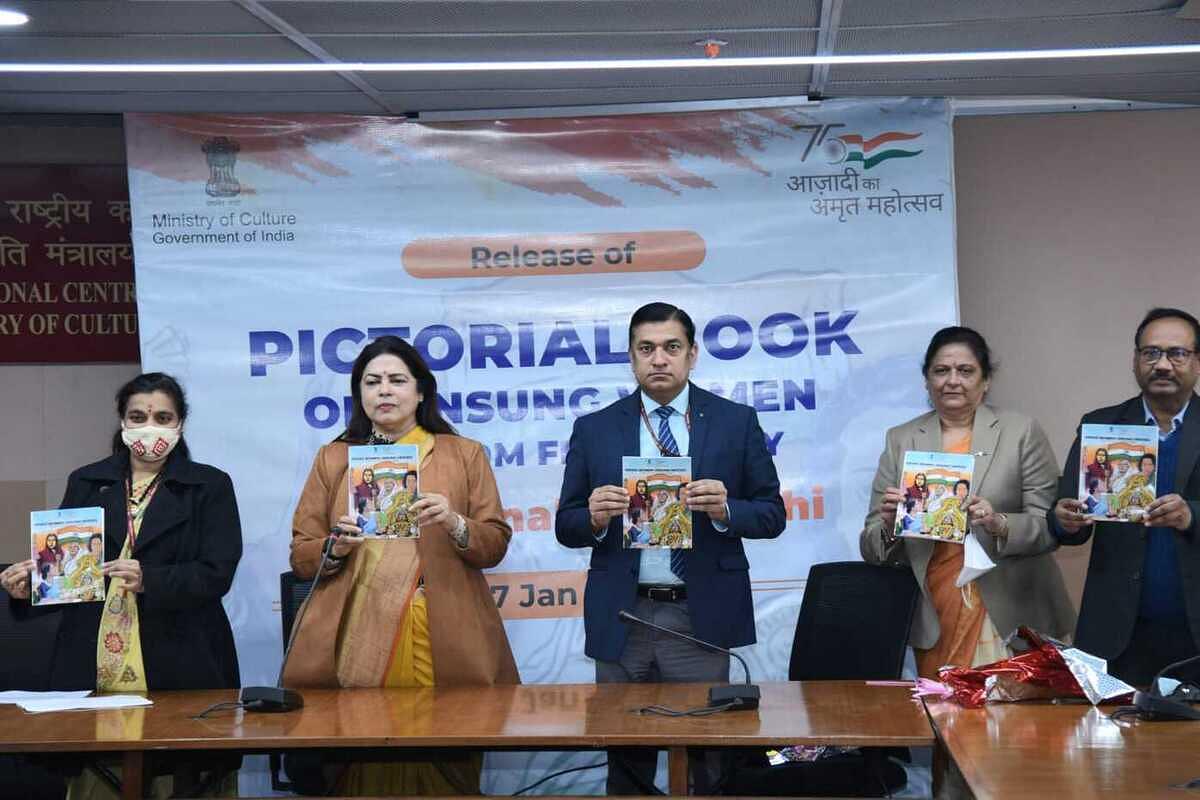 Even after 75 years of Independence, very few heroes who fought for this nation and its freedom are celebrated while most remain unsung. More so, our women leaders and warriors have been relegated to the pages of history. In a bid to correct this, the union Ministry of Culture has undertaken various efforts to celebrate 75 unsung heroes.

As a part of this, Union Minister of State for Ministry of Culture Meenakshi Lekhi earlier today (27 January) launched a graphic book on unsung women freedom fighters. The book has been published by Amar Chitra Katha and dwells on the lives of 20 brave women of the country.

“Indian culture never allowed any gender discrimination. Even in a slave country, whose culture was mauled and marauded all the time, women could become queens, could lead their fight, be in the battle front, for which they would have prepared their bodies to fight, which means they trained their bodies - which means the social circumstances allowed them to do what they wanted to do. But nobody has written history like that,” explained Lekhi as she launched the book and dwelled on the times that created these heroes.

“There are two aspects to these Unsung Heores. Everyone knows about Sarojini Naidu or Annie Basant and Hansa Mehta - but the fact is the number of men and women equalise each other when it came to social expression of dissent against imperialist powers and women were at the forefront - unfortunate part of our Independence has been that only some men were celebrated and very few women were celebrated," Lekhi said.

"Azaadi Ka Amrit Mahotsav is all about celebrating those unsung heroes - men, women or oppressed classes - because the freedom movement brought us all together,” she added, explaining the significance of this book published by Amar Chitra Katha.

"Had that spirit continued in post Independent India we would have done better. All the anomalies would have been less because the right motivation, the right power of thought has to be channelised in the right manner and that is what this book is all about,” said Lekhi, adding that books like this will give a good ‘sanskar’ to the younger generation and ensure they grow up with good ideals.