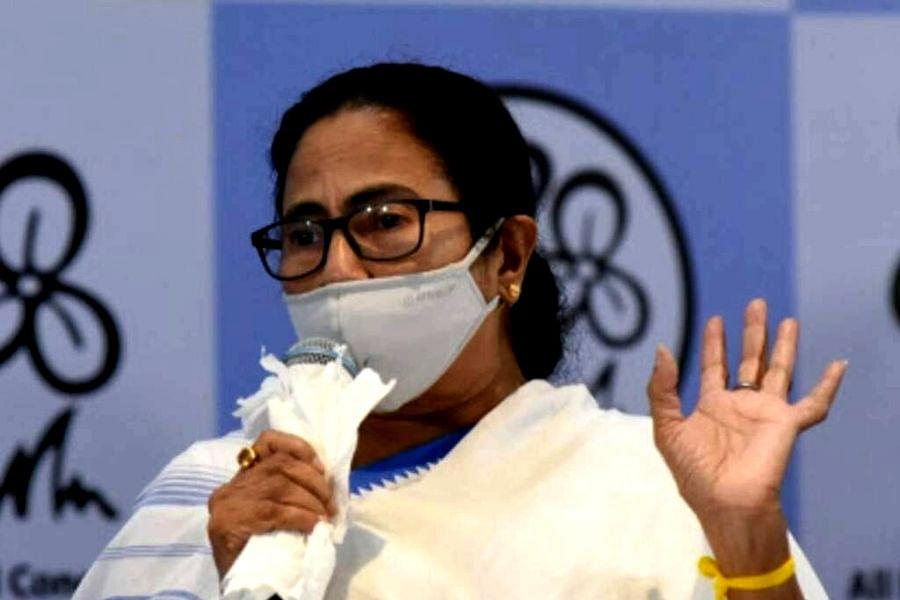 A set of two subjective type questions in an examination paper set by the Union Public Service Commission (UPSC) for recruitment to the posts of Assistant Commandants of the Central Armed Police Forces (CAPF) has angered Bengal Chief Minister Mamata Banerjee.

Question number 2 in one paper asks examinees to "write arguments for and against each of the following statements: (a) elections in states should be held simultaneously; and (b) farmer protests are politically motivated".

This carries 20 marks for each answer, and many feel that the second topic about farmer protests is political and should have been best avoided.

But it is Question number 3 in the same paper that got Banerjee's goat. Candidates are asked to "write reports" of 200 words each on (a) the Oxygen cylinder crisis in Delhi and (b) Poll violence in West Bengal. This carries ten marks each.

Banerjee hit out at the UPSC and said the question paper was set at a Bharatiya Janata Party (BJP) party office. She said that while she had "utmost respect" for the Commission, its conduct has become "shameful".

The Bengal Chief Minister also said that by setting such questions and asking candidates to write on these political topics, the UPSC is attempting to recruit only BJP supporters as CAPF officers.

"This is highly objectionable and condemnable. The BJP is destroying institutions by politicising them. Only those candidates who write in favour of BJP will be awarded good marks and recruited," she alleged.

Banerjee is sensitive to any mention of poll violence in Bengal, which is, in fact, notorious for political violence.

Though Banerjee denies it, over 400 BJP workers and supporters have been killed by Trinamool goons ever since the BJP emerged as the primary opposition party in the state since 2019.

About 45 BJP workers and supporters have been killed by Trinamool gangs since the results of the Assembly polls were declared on 2 May. Hundreds more have been attacks and maimed, and thousands have been driven out of their homes.

Banerjee and her party vehemently deny the involvement of Trinamool goons in attacks on BJP cadres. Any mention of the poll or political violence in Bengal makes her fly into a rage.

Ironically, during the reign of the Communist Party of India (Marxist) (CPI(M))-led Left Front, Banerjee used to be very vocal about political violence in Bengal. But she asserts that complete peace has been prevailing in Bengal since 2011 when she came to power in the state.