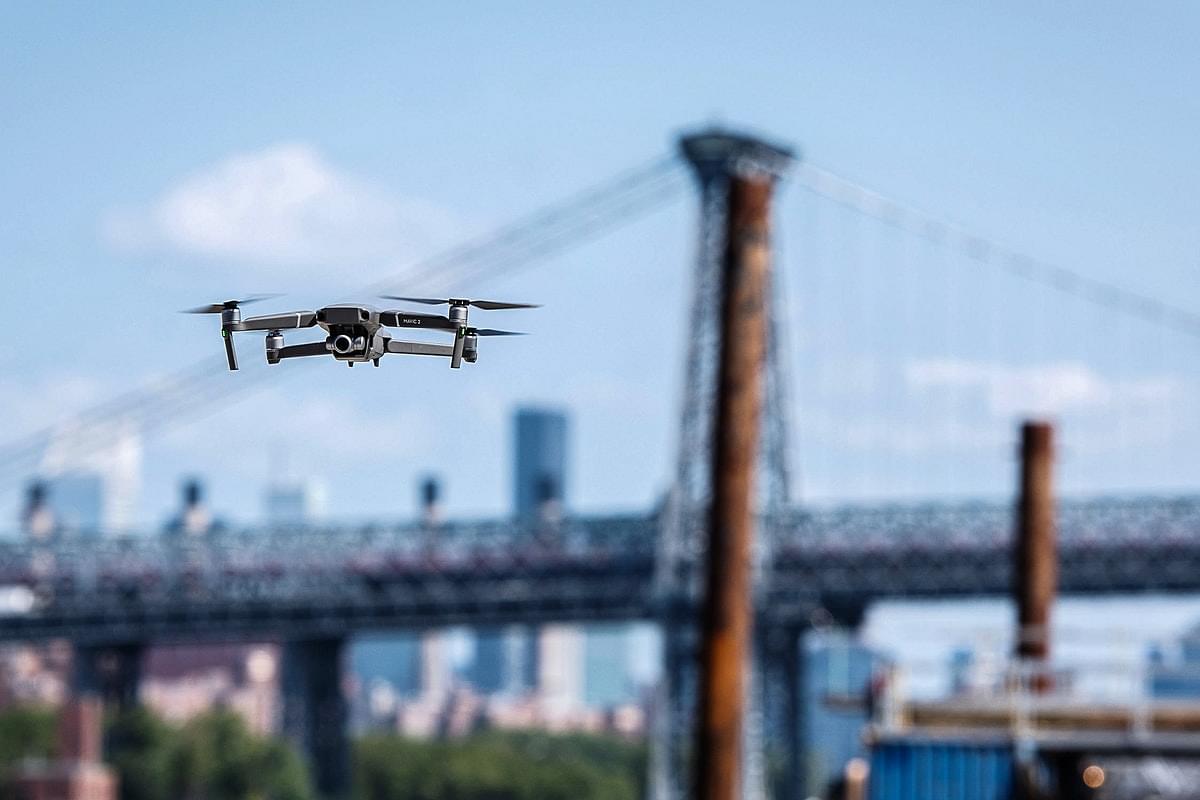 A DJI drone flying near the Brooklyn Bridge

Shenzhen based SZ DJI Technology Co is the world's largest drone maker. Industry experts and politicians in the US are increasingly concerned that the data collected from DJI drones might end up becoming valuable to Chinese intelligence for espionage according to reports from Bloomberg.

DJI drones occupy more than 50 per cent of the US drone market. The concern is that data collected by the DJI drones may give the Chinese intelligence an access to sensitive information such as critical infrastructure like dams and bridges to personal information such as facial recognition.

American investment in the company was blocked on Thursday by the Biden administration. This move comes a year after the Trump administration blocked it from sourcing US parts.

A bipartisan group of lawmakers in DC are considering a bill that would ban federal purchases of the drone. Former top officials of both the Obama and Trump administration have warned about the possibility that Beijing whilst walling the personal data of 1.4 billion Chinese citizens is scooping personal information of citizens from rival nations.

According to former deputy national security advisor in the Trump administration, Matt Pottinger, President Xi Jinping has been more far sighted than other leaders in realising the importance of data for the purpose of getting an economic and military advantage.

The concerns about DJI drones posing a risk to national security is the latest flashpoint in the US-China tech war. Beijing has been acting more swiftly by strengthening its hold on Chinese Big Tech such as the recent crackdown on Tencent or the new policy mandating cyber security reviews for all tech firms who want to list on foreign exchanges.

This policy effectively forced the Chinese ride hailing giant Didi Global Inc to delist from the US just within 5 months and head to Hong Kong.

In the US prominent Republicans like Senator Tom Cotton and Marco Rubio have co-sponsored the bipartisan American Security Drone Act which would ban all federal purchases of DJI drones.

DJI on its part has maintained that "DJI is committed to protecting drone user data, which is why we design our systems so drone users have control of whether they share any data with us".

However the hurdle that DJI and other Chinese companies face is that few governments trust Beijing. The reason is China's National Intelligence Law which mandates 'Chinese companies to assist in espionage and keep those activities secret'.