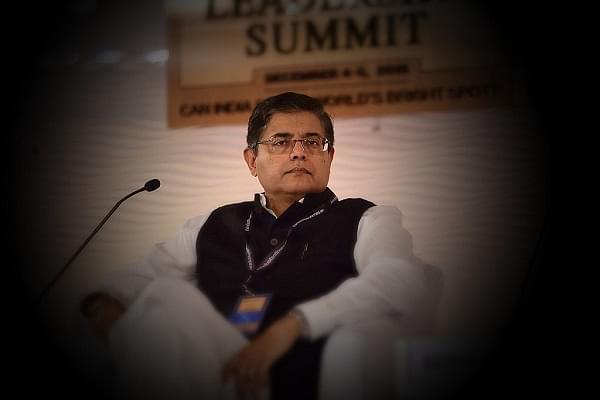 While speaking in favour of Article 370’s abrogation and the Citizenship Amendment Act (CAA) at the Oxford Union, Jay Panda faced-off against CPM leader Sitaram Yechury and in process made compelling arguments in the matter.

“The initiative to resolve the crisis was not just to deal with the situation but also fight a narrative that has been spread all over the world particularly by Pakistan and other global powers who have used Jammu and Kashmir to leverage their own Geo-Political interests”, said Panda.

“The government is set to win the hearts and minds of the people of Jammu and Kashmir but facts gets lost in the heat of the debate.”

He also made it very clear that Article 370 is an internal matter of India, part of Indian constitution and does not affect any international agreements or arrangements with its neighbours.

He added that Article 370 is the only article in the Indian constitution which has the word “temporary” attached to it.

He pointed out that as many as 106 progressive laws passed by the Indian Parliament and Supreme Court judgements too could not be applied to Jammu and Kashmir due to the presence of the Article.

He went on to point out the discriminatory nature of Article 370, “Laws protecting rights of women did not apply. Laws prohibiting child marriage did not apply. Mandatory education did not apply. Protection to LGBTQ community could not be applied”.

He asked the audience, “If you stand for women’s rights, child right, universal education and LGBTQ rights then abolition of article 370 is justified”.

He also gave the example of one Radhika Gill who being a Dalit could only get a job as a janitor because of the provisions of article 370 and thus had to give up on her studies.

Panda also talked about how Article 370 created a conducive environment for terrorism, corruption and despite the Indian state investing four times more as compared to other states, it saw no progress in terms of infrastructure, industry and jobs.

Panda added that Article 370 gave shelter to separatism and facilitated the ethnic cleansing of the minority Kashmiri Pandit community.

The discussion later shifted to the newly enacted Citizenship Amendment Act (CAA) and Panda pointed out the dismal treatment of minorities in Pakistan, while adding how minorities from all walks of like have flourished in India.

Countering Sitaram Yechury’s claim of CAA being anti-Muslim, Panda said, “It is an internationally accepted norm that citizenship application of persecuted refugees is given the highest priority compared to those who come to seek economic opportunities”.

On the topic of converting Jammu and Kashmir into a Union Territory, Panda said, it was necessary to bring closer coordination between central and state security forces.

On the issue of plebiscite, Panda made it very clear that in order for that to take place Pakistan must remove all its troops from its occupied area and must also hand over the land which it gave to China.

He also pointed out that lives lost following Article 370’s abrogation were caused by terrorists retaliating against this decision.