When Heritage Conservation Runs Out Of Steam, This Is How It Shows 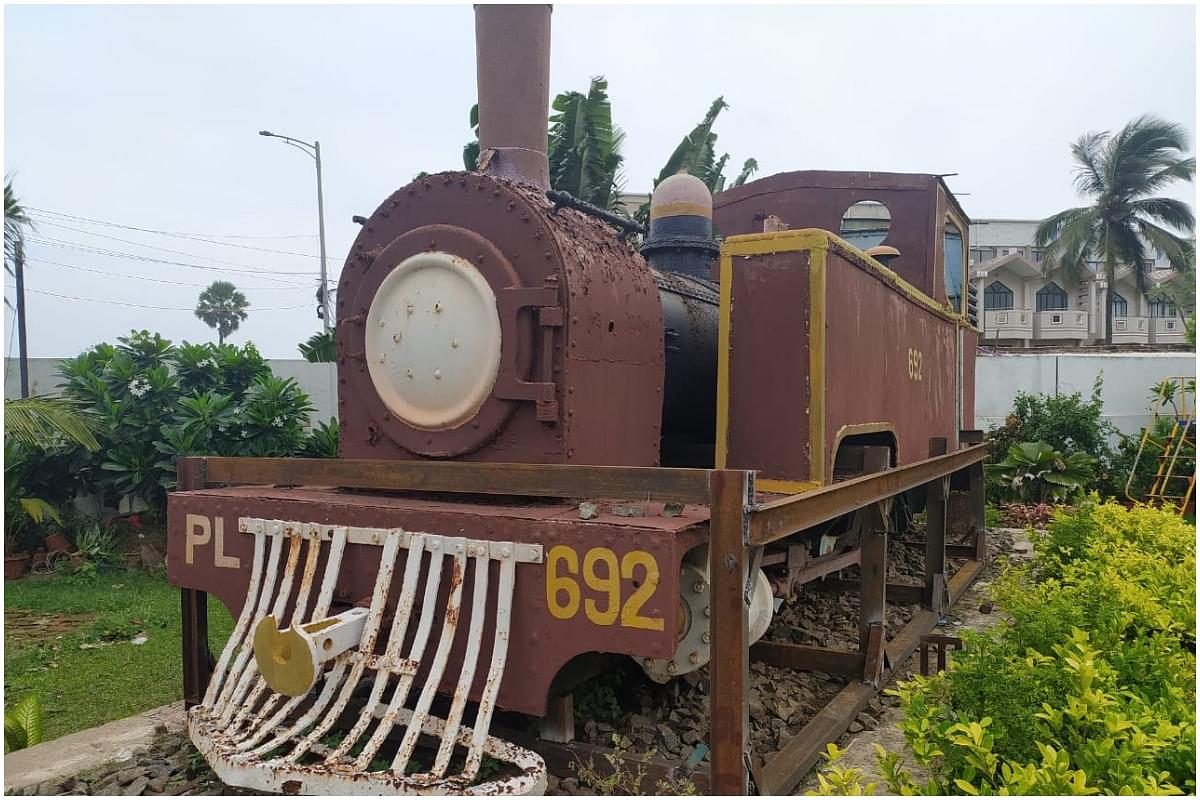 Mounted just a hundred metres from the beach, the engine has been buffeted by the sea wind for decades. A beautiful artefact of a glorious era left behind, today, it is a rust encrusted and decaying relic, in a sad and pathetic state.

When it was seen years ago at Paralakhemundi in Odisha, it was in working condition, and just some coal and water would have sent it chugging.

Even when it was lugged all the way to Puri, the holy town of the state, to be kept at the erstwhile iconic BNR Hotel, it was a beautiful and grand machine.

For the heritage hotel, with its 34 well-furnished rooms with timeless grace of Victorian vintage, the engine in front was a feather in the cap of its 91- year history.

The Railways took good care of the old engine till they managed the hotel, but when the then Railway Minister Lalu Prasad Yadav gave it to the Chanakya Group in 2007, the new owners gave the old property a facelift, but left the engine to rot.

The saline air of the place spelt the doom of the engine and rust has corroded it completely. The roof of the engine has withered away; there are rust scales on the boiler, wheels and chimney.

This old Methuselah featured in one of the postage stamps issued during the 1987 centenary celebrations of the South Eastern Railways.

The Paralakhemundi Light Railway, a two-feet six inches gauge railway, was the brainchild of the erstwhile Raja of Paralakhemundi, who had decided to connect his capital with Naupada.

With the government giving sanction in 1898, work began in full earnest and the line was opened to traffic in 1900.

Due to a change in the policy of the British government, the Bengal Nagpur Railway, popularly known as the BNR, took over the northern section of East Coast Railway from Vizianagaram to Cuttack, including the Branch Line of Puri in 1902 and the working of the PLR too was taken over by them.

The Raja extended the line to Gunupur in the state in two phases in 1929 and 1931. Four engines had been imported from England’s Kerr Stuart & Company, Trent in 1928. These 20-tonne tank locomotives with small 27-inch diameter coupled wheels had an axle load of only 4.75 tonnes.

Later, when diesel engines were introduced in the Mayurbhanj Light Railways, four Kerr Stuart locos were transferred to the PLR. In 1987, eight locomotives were homed at the Naupada shed.

Diesel took over from steam on April 23, 1992 and these engines were history. Only five of these have been preserved.

All are in a well preserved state, except for the one at Puri.

The East Coast Railways is planning a museum in its headquarters at Bhubaneswar. According to conservationist and heritage researcher Anil Dhir, this engine should be removed from Puri, properly restored and kept there.

The least they can do is to immediately give it a coat of paint to check further rusting.

One can leaf through the visitor’s book which had signatures of Nehru, Edwina Mountbatten, Khan Abdul Gaffar Khan and John Kenneth Galbraith.

The small display case near the reception had original silver cutlery, odd shells, ossified sea horses, and photographs among others.

One wonders where all these have gone?