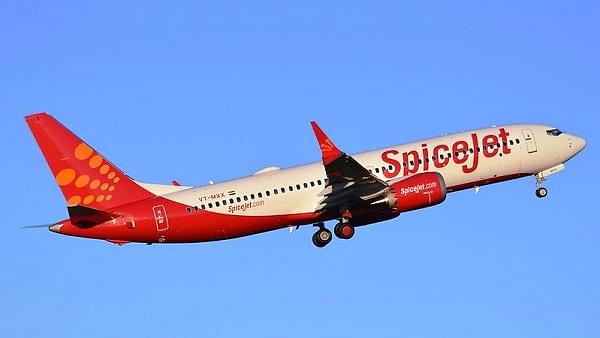 SG-21 is a low cost international flight operated by Spice Jet which files between New Delhi and the Afghanistan capital of Kabul.

On 23 September it departed from New Delhi at its routine time in the morning with 120 passengers on board and entered the Pakistani airspace as per its flight plan which passes right through the heart of the Islamic nation.

As reported by ANI, while the aircraft was flying through the Pakistani airspace, it was suddenly intercepted by two Pakistani Air Force F-16 fighter jets.

After flanking the Spice Jet aircraft, the two F-16’s demanded that the flight lower its altitude and report them the flight details.

Promptly, the Spice Jet captain radioed back to the Pakistani pilots, informing that the flight in question is an Indian commercial aircraft carrying passengers on-route to Kabul.

Being broad daylight the passengers on board the flight could also see the Pakistani jets and its pilots gesturing to their captain to lower his altitude. The passengers were later instructed to close their window shades and maintain silence.

The Pakistani F-16 jets continued to escort the aircraft till it crossed over into Afghanistan border, when the confusion was sorted out.

After it safely landed in Kabul, Pakistani embassy officials rushed to file paperwork over this incident which delayed the flight’s return journey by 5 hours.

This incident has also been privately confirmed by the Director General Civil Aviation (DGCA) to media outlets.

Why Did Pakistani Jets Intercept The Spice Jet Aircraft

It has been speculated that Pakistani authorities misunderstood the call-sign of the aircraft after it entered their airspace.

While the aircraft’s call sign is “SG” the Pakistani authorities somehow managed to hear it as “IA” which translates to “Indian Army” or possibly even “Indian Air Force”.

The Pakistani Air Traffic Control (ATC) is then said to have escalated the matter to its higher authorities who then scrambled a couple of F-16 jets to intercept the aircraft.

This incident happened after Pakistan had decided to finally open its airspace for Indian aircraft after shutting it down for months post the Balakot air strikes.

When India Also Intercepted An Aircraft

The post-Balakot scene has resulted in the Indian Air Force (IAF) remaining on high alert. In May, India intercepted an Antonov An-12 transporter aircraft and forced it to land in Jaipur after it entered from Pakistan.

The plane was reportedly intercepted by two IAF Sukhoi Su-30 MKI jets. The plane took off from Georgia for its destination New Delhi while flying over Karachi. It is said to have deviated from its original path and entered the Indian airspace from an unauthorised point somewhere around North of Gujarat.