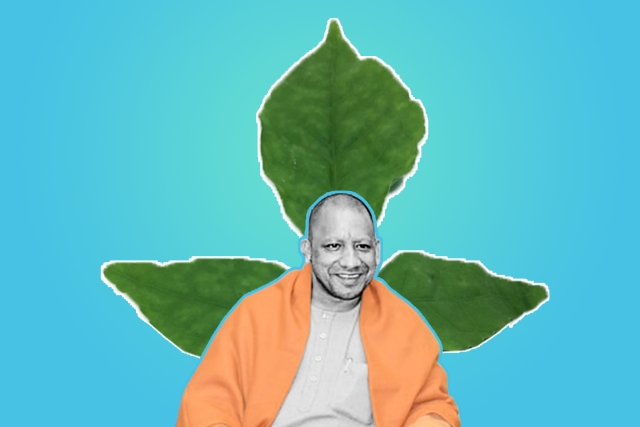 Uttar Pradesh Chief Minister Yogi Adityanath has said that 50 women from a Naxal-affected village in a district (Chandauli in eastern Uttar Pradesh) have been trained in the work of recycling flowers and leaves of dhatura and the bel tree (offered to Shiva).

Adityanath was speaking at the second India-Nepal Bilateral Dialogue held in Lucknow, which was jointly organised by India Foundation, Neeti Anusandhan Pratishthan - Nepal, and Nepal India Chamber of Commerce and Industry.

He added that the women involved in the recycling process earn between Rs 9,000 and Rs 15,000 per month today from the work.

As this statement was shared by the Chief Minister's official account on Twitter, many people wondered which district he could be talking about.

Last year, ITC made a beginning towards involving women in the making of agarbattis (incense sticks) by joining hands with Kashi Vishwanath Temple Trust in Varanasi for its brand ‘Mangaldeep’.

Encouraging the disposal of flowers and leaves offered to Baba Vishwanath, Adityanath launched a project for recycling the botanical offerings made at the temple last year. Adityanath had said there would be efforts to extend the work towards the making of perfume as well.

The involvement of women from Chandauli in the process generates income for them, provides them livelihood and gives them a chance to use their time creatively.

This way, the initiative sorts two purposes. It helps in the easy inflow and outflow of botanical offerings at the temple, and makes a beginning towards providing women livelihood.

If initiated and broadened, it could also help the devotees of Shiva in India and Nepal establish a direct connect with each other and a larger devotee-tourist-consumer community.

Adityanath also mentioned steps taken towards the training of purohits to help them become multilingual for better interaction with devotees and visitors to the Kashi Vishwanath Temple.

With Adityanath's help and a combined effort of self help groups and CSR initiatives, it could go a long way into making women, especially those living in the Naxal-affected villages in the region, important participants in the strengthening of Hindu soft power.