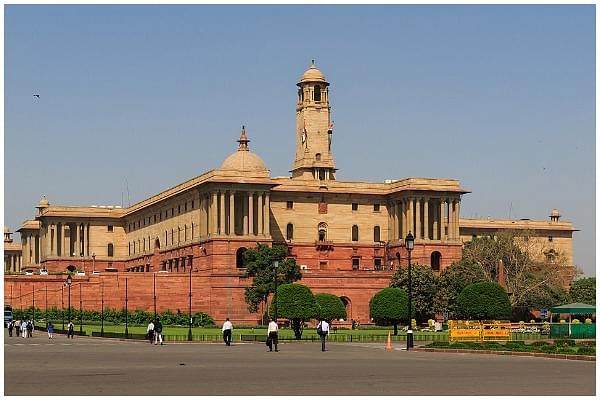 The Union Home Ministry at North Block in New Delhi has been transformed into a ‘war room’ of sorts by the Prime Minister Narendra Modi-led central government to lead India’s fight against the novel Coronavirus pandemic, The Print has reported.

According to the report, about 50 phone lines, multiple screens to monitor the live situation across the country, along with top bureaucrats doing 10-hour work shifts and ministers of state (MoS) working on 12-hour-shifts, are the features of this situation. The ministers are also sleeping over in their offices.

Apart from this, there are four specialised control rooms in the building that are constantly tracking all Covid-19 related information under the supervision of Union Home Minister Amit Shah, the report says, attributing a source in the government.

While Shah, who is monitoring all the tasks from his residence, has been conducting virtual meetings with officials, his MoSs G Kishan Reddy and Nityanand Rai are stationed at the ministry to supervise the work at night.

The two ministers have been taking turns to sleep over in their offices, by working in 12-hour-long shifts.

Quoting another source in the report, the news website wrote, “This is happening on rotation. While one night Rai is in office, the other night, Reddy is there. This is to ensure that some senior authority is present in office in case of an emergency or crisis situation.”

There is a specific team assigned to collect all information related to the outbreak from the Union Health Ministry and all state health departments. The team keeps a track of India’s position in the world by compiling figures from countries across the world, making comparative timelines and graphs.

“It collates all data to show where India stands on the Covid-19 graph as compared to other countries in the world,” a government source said.

“It has all data on how many cases and deaths were reported in India in the first week of the pandemic, as compared to other countries like the USA, Italy, and Spain,” the source added, while also telling that it helps officials measure a factual position on the progression of the virus spread.

Another team has been tasked with being in constant touch with all the states and union territories to share information and answer their queries.

The team receives calls round-the-clock from states regarding the challenges they have been facing. “Many issues that need to be resolved are state-specific. Many have doubts about procedures on how to implement the lockdown. Many have questions regarding the healthcare systems,” the website quoted the source as saying.

Various Departments Operating From One Location

In order to maintain co-ordination, officials from various ministries such as health, education, labour, skill development are present in the control rooms to resolve several issues that come up.

Health advisories, guidelines, notifications, standard operating procedures, or any Covid-19 information is being framed and released from North Block amid this situation.

“All senior functionaries are working tirelessly to ensure that necessary steps related to Covid-19 are taken and communicated from these control rooms,” the source said.