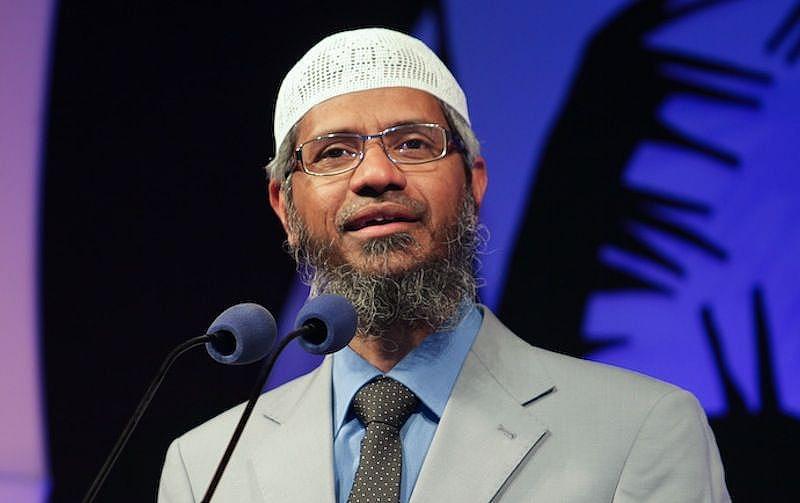 Controversial preacher and Islamic Research Foundation (IRF) founder Zakir Naik has said that Islamic countries supplying crude oil, palm oil and other such products to India should come together as a “beta force” against any ‘anti-Islamic’ or ‘anti-Muslim’ action to stop such acts.

“Most oils to India go from Muslim countries. Crude oil goes from Saudi Arabia, UAE and Nigeria. Natural gas comes from Qatar. Palm oil comes from Malaysia and Indonesia. Let them form a block and work collectively so that if they say anything against Islam or Muslims, we can be a beta force,” Naik said on his Youtube channel.

Naik, currently living in Malaysia after fleeing India, was responding to a question from one of his followers seeking his opinion on recent tweets from “Arab world leaders warning the right-wing Hindu fanatics to abstain from spreading Islamophobia …”.

The IRF founder is facing charges in India for provoking communal disharmony and indulging in unlawful activities that incited terror in the country. He is also under investigation in India and Bangladesh for the terror attack at the Holey Artisan Bakery in Dhaka in July 2016.

Naik, who reportedly inspired the mastermind of Sri Lanka Easter blasts last year that killed 290 persons, said a lawyer in Kuwait had suggested that a data bank of all non-Muslims speaking against Islam and “see to it that they are brought to task”.

“I have to tell them that go a step further. I would request to keep a data bank on non-Muslims in India speaking against Islam. Those who are speaking against Muslims are hardcore activists of the BJP government and most of them are rich,” he said.

Without elaborating, he said most of the politicians in India have their money stored in UAE, in the Gulf.

“Most of them. And most of them, the majority of the non-Muslims who travel, 50 per cent of them visit the Gulf countries or some Muslim country. I would suggest to the Kuwait lawyer that even collect the data of all negative remarks, abuses of non-Muslims In India and put it in a computer,” he said.

“Next time, when they come to the Gulf country- whether be it Saudi Arabia, Kuwait or UAE -now they have abused the Prophet which is not permitted by law, they have abused Islam, bring them to task, have a case, arrest them and put them behind bars,” the Islamist preacher added.

When this is done to five or 10 people, “believe me, (the) majority of them will stop because they travel to Muslim countries”, the IRF founder said.

If not the majority, at least 25 per cent will stop, Naik said and added: “Make it public we have a data bank. Don’t reveal the name.”

“The moment they come, arrest them, take them to a court of law. Believe me, most of these people who are BJP bakhts (devotees), who are spreading venom against Islam, against Muslims, they will get scared,” he said.

This is the second time in a fortnight that Naik has suggested that Islamic countries should maintain data of Indian non-Muslims who “attack” Muslims and arrest them when they land up in their countries.

He said this during a video interaction with controversial Pakistan-American preacher Yasir Qadhi.

Naik also reiterated that the number of Hindus who are against Muslims had trebled since the Bharatiya Janata Party (BJP) came to power in 2014.

“After returning to power the second time, the number of Hindus against Muslims has increased to 15 per cent. Five per cent Hindus now go out of their way to help Muslims, while 80 per cent are neutral,” Naik claimed.

The IRF founder claimed that 50 per cent of foreign remittances in India were from the Gulf with at least “$1 billion” going from Saudi Arabia.

“A majority of Indians holding top posts in Gulf countries are non-Muslims… Among the richest Indians in the Gulf, 80 per cent are non-Muslims with Hindus being 75 per cent,” he said, without elaborating.