Zakir Naik Says Most Muslim Leaders Are Corrupt, Asks Muslims To Pick The ‘Best of The Worst’ To Lead Them 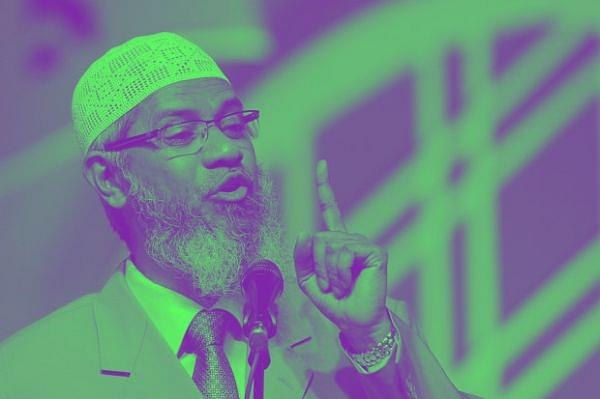 Controversial preacher and Islamic Research Foundation (IRF) founder Zakir Naik has said that most of the Muslim leaders in the 56 to 57 Muslim-majority countries are “corrupt” and “dishonest”, “involved in making money for themselves”.

Responding to a question on who Muslims should choose as their leaders, Naik said in his “Ask Dr Zakir” session that the choice for them was limited.

“Unfortunately, most of the Muslim leaders won’t fit the criteria of what a Muslim leader should be as per Quran preachings,” he said, adding that they had been pushed to a situation where they had to pick the “best of the worst” leaders.

“If we analyse, almost all the (Muslim) leaders do not have the quality a true Muslim leader should have. Almost all of them are corrupt, whether be it financially or in faith and belief. There could be two or three exceptions,” said Naik, who faces charges in India of provoking communal disharmony and indulging in unlawful activities that incited terror in the country.

Stating that in today’s world the basic rule was to save one’s chair, he said Muslim leaders will do anything to hold on to their chair.

In these circumstances, Muslims should pick one who becomes a leader utilising the 'Islamic card'.

“If a person is proud to be a Muslim and shows interest in upholding Islamic law — whether he does it or not, he should be picked,” he said.

Elaborating his point further, Naik said if there was a contest between two people with one following Islam 10 per cent and other 20 per cent, Muslims should look for the one who’s trump card is implementing Islamic law.

This is because the person who is coming up with an Islamic card will have to protect Islamic law, whereas the other person is not obliged to protect the law, he said.

Naik said Muslims should also pick a person who is proud to follow their religion.

The IRF founder wondered if any Muslim leader could come anywhere closer to Umar bin Al Khattab, who ruled from 633 to 644 CE expanding Islamic territory and is ranked 51st among world’s most influential leaders by Michael H Hart.

He said that the state of the Muslim world today was that it was far away from the preachings of the Prophet and Quran.

Besides facing charges of provoking communal disharmony and indulging in unlawful activities that incited terror in the country, Naik is under investigation in India and Bangladesh for the terror attack at the Dhaka Holey Artisan Bakery in July 2016.

Naik, living in Malaysia since 2017, is alleged to have inspired the mastermind of the Sri Lanka Easter blasts last year that killed 290 people.

He is currently living in exile in Putrajaya in Malaysia, where the government is refusing to repatriate him back to India to face the cases against him. As a result, relations between India and Malaysia are strained.