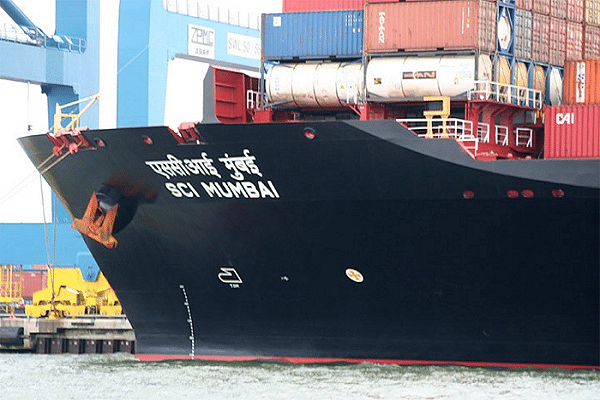 The Irano Hind Shipping Company, a joint venture (JV) between Iran’s state-run Islamic Republic of Iran Shipping Lines (IRISIL) and the Shipping Corporation of India (SCI), is acting as a roadblock in the privatisation of SCI.

The IRISIL and SCI hold a 51 per cent and 49 per cent stake in the Irano Hind Shipping Company respectively.

The JV had ordered the M T Desh Shobha crude oil tanker from South Korea’s Hyundai Samho Heavy Industries Co Ltd in 2010. Irano Hind had paid $27 million in advance to the shipbuilder for the same.

However, the US Office of Foreign Assets Control (OFAC) named IRISIL and Irano Hind as sanctioned entities by the time the ship was ready for delivery at the Samho yard of Hyundai Samho in 2012.

The sanctions were imposed due to Iran’s controversial nuclear programme and the South Korean shipbuilder subsequently refused to hand over the new ship to the JV firm.

Irano Hind and Hyundai Samho subsequently renegotiated the price of the ship to $54 million from the initial agreement of $84 million. SCI took the delivery of the tanker by paying off the balance of $27 million.

In 2013, the Union Cabinet decided to dissolve Irano Hind in the wake of the US sanctions against Tehran. However, this winding up process hasn’t been completed yet.

The crude oil tanker is included in the SCI books and the state-run shipping company has to pay some $29 million to the loss-making JV for the same.

Now, the private firm that will acquire SCI through the privatisation process has to work through this dilemma. Either it will have to liquidate this liability or risk getting sanctioned by making the aforementioned payment to Irano Hind.

The central government too has a couple of options to work around currently. It can transfer the $29 million worth liability to the Shipping Corporation of India Land and Assets Ltd (SCILAL). The SCILAL is formed to look after the SCI’s non-core assets after the demerger scheme prior to the privatisation.

“The Company holds 49 per cent in Irano Hind Shipping Company, P.J.S.(IHSC) a joint venture company. As per the directives received from the Government of India, it has been agreed to dissolve the Company. Therefore, investment in IHSC was classified as 'held for sale',” the SCI stated while revealing its quarterly and annual results on 6 May 2022.

The SCI used to maintain that its 49 per cent stake in Irano Hind is ‘held for sale’ until Q2 of FY22. This re-classification was done in order to smoothen the privatisation process and address the concerns of entities interested in acquiring SCI.

It will also help the government in moving SCI’s 49 per cent shareholding in Irano Hind and the corresponding liabilities to the SCILAL. Accordingly, SCI’s share in the liability along with the previous accumulated losses of the JV will devolve once Irano Hind is finally closed down.

This transfer to SCILAL is additionally significant given that the company might endure difficulties in writing charter party contracts for letting out ships under a private ownership.

The SCI will also have problems in getting protection and indemnity for third-party liabilities coming from operating ships like wreck removal, damage to port property and wreck removal. Both these exercises are usually done in US dollars or Euros.

However, there is a lack of clarity currently over whether the IRISIL will give its approval to this transfer proposed by the government according to the demerger initiative. The SCI has written a letter to the IRISIL seeking its consent over the shifting of its shares to IRISIL for the privatisation process. But the Iranian shipping company hasn’t responded to the letter yet.

“It is quite possible that IRISIL may not be forthcoming in granting permission for transfer of SCI’s shareholding in Irano Hind to SCILAL because it may not see the non-core company, with no experience in shipping, through the same lens as it sees SCI. The capability, financial might and comfort it saw in SCI while forming the JV will not be there in SCILAL. It is totally IRISIL’s call whether to allow SCILAL to step into the shoes of SCI as a shareholder in Irano Hind,” a source in the know of developments was quoted by ET Infra.