15th Finance Panel Terms: One Can Use 2011 Data To Separate Sense From Nonsense In Southern Demands 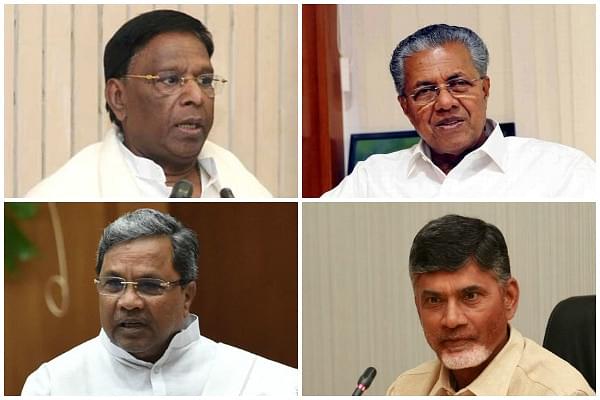 Four southern Chief Ministers – from Kerala, Andhra Pradesh, Puducherry and Karnataka – have yelled blue murder about the terms of reference (ToR) of the 15th Finance Commission, which has been asked to use the latest Census data (2011) while determining overall fiscal transfers.

The widespread assumption is that this will benefit the northern states, which have higher and faster-growing populations, at the cost of the southern states, which have managed to cluster around replacement levels of fertility (2.1 kids per woman). Finance Minister Arun Jaitley has pointed out that this is a needless controversy, when the ToR actually balances the need to help states with larger populations by also weighting their efforts to achieve “progress towards population control”, which should benefit the southern states.

His predecessor, P Chidambaram added fuel to the political fire by pointing out that between the 10th and 14th finance commissions, the southern states’ share of revenues fell by a hefty 6.34 per cent (from 24.31 per cent to 17.97 per cent), largely due to their better performance in controlling population growth. That he himself did nothing to arrest this trend, despite representing a southern state as MP and having been finance minister thrice during the same timeframe, speaks volumes for his hypocrisy. One can be certain that once the Karnataka elections are over, he will pipe down.

However, Jaitley would be foolish not to take note of the protests by the southern chief ministers, if only for the optics. A marginal change in the ToR is not a bad idea at all.

The southern challenge, though, needs to be met head-on politically, and past data on population trends shows that the northern states are currently bringing down population growth rates at least as fast as the south did earlier.

According to 2011 Census data, decadal population growth has begun falling dramatically in the Hindi belt states, with Uttar Pradesh, Madhya Pradesh and Rajasthan recording four to seven per cent drops in decadal population growth (between 2001 and 2011), with only Bihar and Jharkhand showing far slower drops. MP’s decadal growth fell dramatically from 28.41 per cent in 2001 to 21.44 per cent, while UP’s fell from 25.85 per cent to 20.09 per cent.

Put simply, Tamil Nadu and Puducherry could well gain from using raw 2011 population figures in the 15th Finance Commission, though we don’t know how exactly the commission will weight population numbers.

The 2011 Census presentation (see here, especially statement 4 and figure 6) also makes another point. Taking the key northern and central states of India as one group – administratively called the Empowered Action Group (EAG) for some reason, and which included the states of UP, Uttarakhand, Rajasthan, Madhya Pradesh, Chhattisgarh, Bihar, Jharkhand and Odisha – and the rest of India as another, the one point of divergence is that EAG and non-EAG states reacted differently to population control measures.

The data for EAG states – roughly the Hindi belt if one were to exclude Odisha – and non-EAG states (comprising the more developed coastal states, including the southern states), shows that in the 1971 Census, the non-EAG states had decadal growth rates higher than the EAG states, beating the latter hollow by growing 26.17 per cent against the latter’s 23.01 per cent.

The non-EAG states peaked in 1971, and then reported continuous declines, whereas the EAG states peaked a decade later, saw flattened rates over the next two decades, before finally reporting sharp declines in decadal growth after 2001. This explains why the southern CMs want 1971 as the base year for calculating population, since this was their peak.

The question is why did the non-EAG states report continuous declines after peaking in 1971, while the Hindi belt saw growth decline more slowly in the 1981-2001 period before finally showing sheer drops in 2011?

We don’t know the answer, but this divergence in demographic behaviour could partly be the result of the Congress government’s aggressive sterilisation campaigns during the internal Emergency (1975-77), which made the north more reluctant to adopt family planning. Moreover, there is the religious divide in the Hindi heartland of UP and Bihar, which have had a higher concentration of Muslims, with higher resistance to family planning than Hindus. This is obviously changing, but these two factors may explain partially – apart from better administrative capabilities in the south – why the north has been slower in bringing down birth rates than the south. But the 2011 Census shows that even this may be changing.

There is thus more than a little politics in this creation of a new north-south conflict over the 15th Finance Commission’s ToR and the use of 2011 population totals. One should expect the shouting to cease after 12 May, when the Karnataka voting ends, and rise again to a crescendo in 2019 in the run-up to the general election. But 2019 will be trickier, for then parties will be fighting not only for the southern vote, but the northern one as well.

The data leads us to more nuanced conclusions: over the next two census periods, the population growth gap will probably close dramatically between north and south; and, two, to speed up the closing of this gap, even while taking the 2011 population as base population, a higher weightage could be given to administrative improvements and efforts made to bring growth rates to replacement levels in all states; perhaps, states where total fertility rates are falling significantly below replacement levels of 2.1 children (maybe Kerala) can be incentivised to raise their rates, while UP and Bihar can be incentivised for doing the opposite.

Demography is always a moving target, and Finance Commissions can tweak their recommendations based on the latest data.