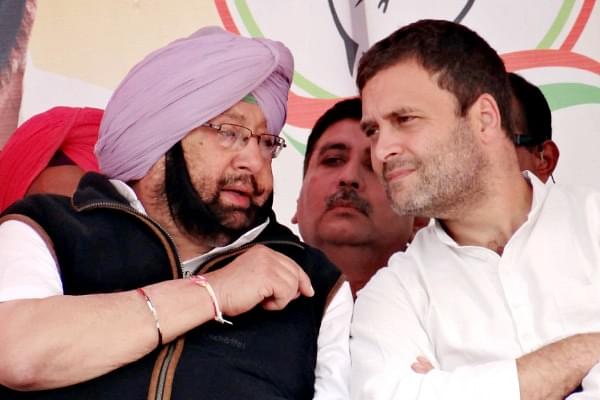 Congress president Rahul Gandhi is firm on quitting the post of party chief, following the Bharatiya Janata Party’s (BJP) crushing win in the just-concluded Lok Sabha elections, according to various news reports today. The Congress Working Committee (CWC), which had rejected his resignation during the weekend, will meet again this week to decide on the resignation.

The most likely thing that will happen is that the CWC will once again reject the resignation and would probably go all out to prostrate before the Gandhi family seeking his continuance.

Reports and rumours on the weekend CWC meeting say that Rahul was upset that some of the senior leaders, especially former union minister P Chidambaram, Madhya Pradesh Chief Minister Kamal Nath and Rajasthan Chief Minister Ashok Gehlot, were more keen on getting tickets for their sons to contest the Lok Sabha elections, in which Congress won only 52 of the 545 seats, than ensuring the party’s victory.

Another Gandhi family member, Priyanka Vadra was reported to have taken out her anger on CWC members charging them with not doing enough to reach the party’s message to the masses.

In all fairness, the CWC should, in fact, accept Rahul’s resignation and look forward to progress. One could ask why? Here are the reasons why the CWC should look to go beyond the Gandhi-Nehru family.

Let’s start with an example. In 1999, the then Congress president Sonia Gandhi chose to contest from the Ballari (Bellary) Lok Sabha constituency in Karnataka. The reason Congress chose the constituency was that the party had never lost from there at all until then.

The BJP nominated current Minister of External Affairs Sushma Swaraj to take on Sonia Gandhi. The Congress went around the constituency campaigning for Sonia Gandhi by telling electorates to vote for “Indira Gandhi’s daughter-in-law”. To her credit, Sushma made things tough for the Congress.

In the end, thanks to the 90,000-odd Muslim voters in Ballari town, Sonia Gandhi won the seat by a margin of 50,000 votes. It was then clear that the Gandhi family’s clout in Indian politics was declining. The Congress managed to win Ballari in 2000 again after Sonia Gandhi resigned from Ballari and chose to retain the Amethi seat, which she contested and won.

Since 2000, the Congress has managed to win Ballari - a fort of the Congress until then, only once, in the 2018 byelections. It has again lost the seat to the BJP this time. This is the status of the Congress in a state that was once considered its pocket borough. Remember how the Congress got Indira Gandhi elected to Parliament by making her contest from Chikkamagaluru in 1978?

If the situation has turned so worse for the Congress in Karnataka now, there are places where its plight is unimaginable. Of the 52 seats that Congress won in this Parliament elections, half of them have come from Kerala (15), Tamil Nadu (8) and Telangana (3). Add another eight seats the party got from Punjab, the pathetic state of the Congress is too revealing. The party failed to open its account in 13 states and has drawn a blank in metropolitan cities such as Mumbai and New Delhi.

The situation would have been worse for the Congress but for Kerala voters wanting to teach the ruling Left Democratic Front a lesson and Tamil Nadu voters falling for the false narrative against Prime Minister Narendra Modi by mainstream and social media. In fact, much of the credit for the eight seats in Tamil Nadu won by the Congress should go to the Dravida Munnetra Kazhagam (DMK).

Overall, the Congress has improved its tally by 12 seats from 40 in 2014 and yet again doesn’t have the required numbers to claim the status of the Opposition party. For all that campaign belittling Modi and the BJP with false narratives and promising doles, loan waivers and subsidies, are the returns worth the trouble that the Congress took?

Just before the elections, Rahul brought in his sister Priyanka as in-charge of western Uttar Pradesh, expecting that the party will come up with a better performance. In the end, that too failed to provide any worthwhile result with Rahul himself losing Amethi, a traditional stronghold of his party.

What these results imply is that not just the Congress has lost its clout among the people but the Gandhi family itself is not very dear right now to the people. If the family wielded any clout, shouldn’t Congress have fared better, at least, in Uttar Pradesh. Why did it lose Amethi then? Western Uttar Pradesh was a wash-out for the party. Why?

The Congress can point out at the results of the Assembly elections in November 2018 to defend the Gandhis. But the regrettable aspect is hardly six months on, the party has suffered huge setbacks in the same states.

At the time of polling last year to states like Rajasthan, it was clear that the Congress will win the Assembly but wouldn’t make much impact in the Lok Sabha elections. When it was so crystal clear, shouldn’t the party have pulled up its socks and put its best foot forward?

Wasn’t the party bereft of ideas then itself when it sold dreams like farm loan waivers in states like Chhattisgarh, Rajasthan and Madhya Pradesh and has been unable to implement them?

The issue is not just Rahul, but his mother Sonia Gandhi and sister Priyanka are no more vote-catchers. Age and illness have caught up with Sonia Gandhi, while Rahul and Priyanka have come across as poor campaigners - their margin of converting their rallies to wins is less than 15 per cent. Neither of them are showing the sharpness of their grandmother nor do they have the charm of their father Rajiv Gandhi.

What Congress needs to realise is that while the Gandhis vote earning capacity has declined sharply, changing generations have little regard for the past. And it should face the reality that neither Rahul nor Priyanka have the capacity or capability to win over the people on their side again.

In fact, Rahul is earning more ridicule than votes and Priyanaka’s inefficiency have come to the fore in these elections. They can never be termed the star campaigners for the Congress anymore. Kerala and Tamil Nadu stand testimony to this.

At the weekend CWC meet, Rahul had reportedly talked of being “blackmailed” into giving seats to the sons of senior Congress leaders. Just imagine the situation had one of these senior leaders responded and asked him whether it was not true that he was considered only because he was the son of Sonia and Rajiv?

Some of the senior leaders in the Congress seemed to have their way with the Gandhi family clinging on to top slots in the party. Sonia, Rahul and Priyanka are members of CWC. Can Congress leaders tell its cadre how the three have contributed to the party’s welfare or how the old leaders still remain without providing any tangible results?

A look at the CWC itself wouldn’t enthuse the cadre as it is still filled with old faithfuls like Motilal Vohra, Ambika Soni, Harish Rawat - who just can’t go out and win a seat on their own. Ironically, many state Congress chiefs have come forward to resign following the party’s rout in the Lok Sabha elections. The issue here is if the CWC accepts their resignation, shouldn’t it accept its president’s?

One question that rings loud on the functioning of the Congress is whether there is any accountability in the party at all. If there was an accountability, then most of the old hands, who still survive to hold on posts, would not been holding any post by now.

The CWC could ask after Rahul or the Gandhis, who? Well, the party managed to do well without the family between 1991 and 1998 before Sitaram Kesari was locked in the bathroom and the party surrendered its interests to the family.

If Congress leaders and cadre are serious in resurrecting the party, then they should look beyond the family. Accept Rahul’s resignation and perhaps give the party’s reigns to Punjab Chief Minister Capt Amarinder Singh. At least, he seems to have the right credentials and some credibility among the people, especially Punjab.

Congress should not just go for a new face but a new person who can bring in new ideas and strategy. It may not pay off immediately but in the long-term, it can help the party get back to the place where it belonged to once. The party, as a whole, needs fresh blood, thoughts and vigour. A Rahul or someone from the Gandhi family cannot provide this.

The sooner Congress and its workers realise this, the better for them. In contrast, the BJP has its second rung leaders in place set to take over the party and lead it.