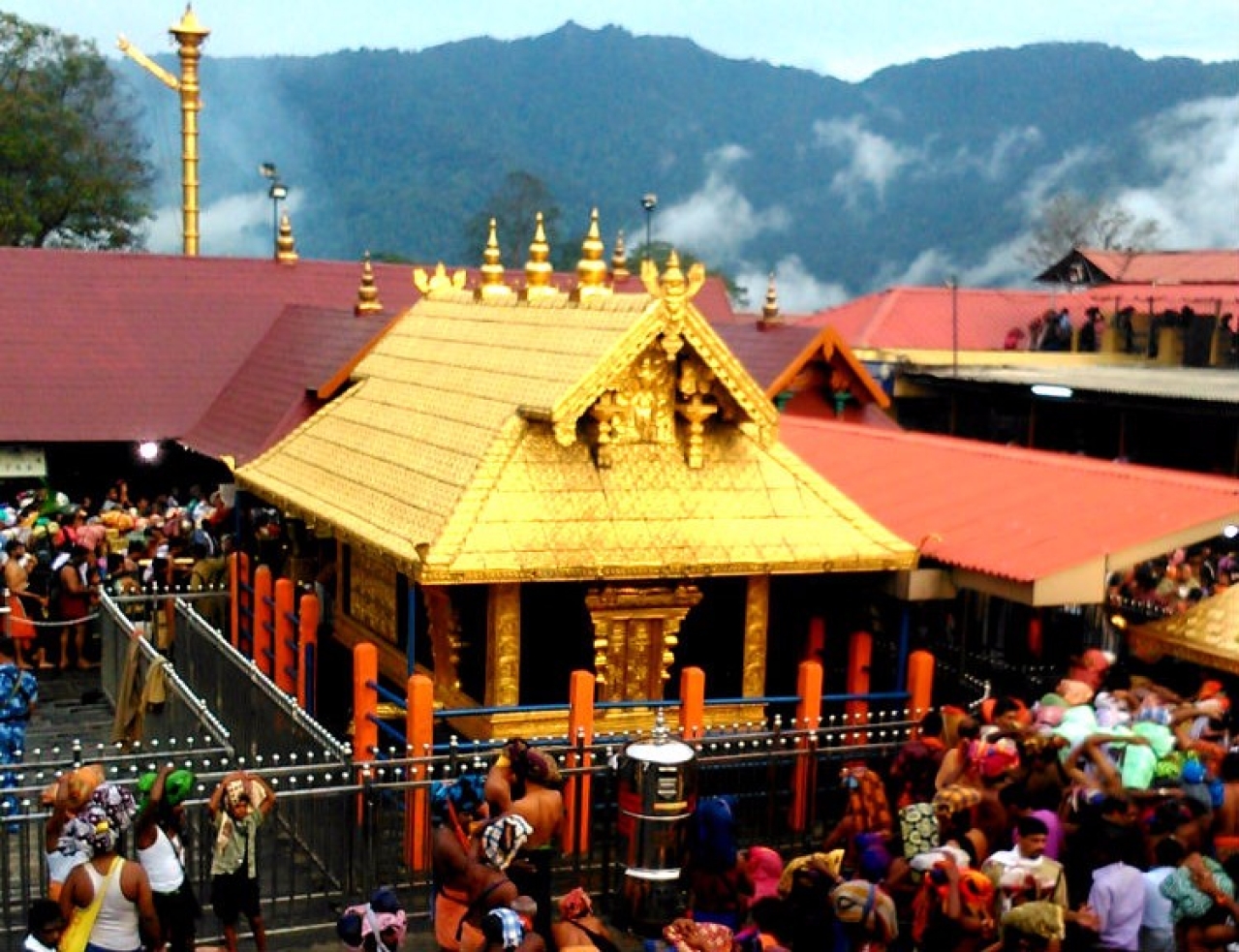 Even though jaded by ongoing cruelty and violence in Kerala, I was shocked by the incident last month where a popular actress, Bhavana, was abducted in her film production unit’s official vehicle, and driven around for an hour or two, while her assailants sexually molested her and videotaped it. The full details are not known, and there may be twists, but her driver Martin is implicated in an alleged conspiracy, and so is her former driver Suni.

Bhavana is a well-known person in Kerala, playing a sassy, pretty, smart young woman in a number of roles; I particularly enjoyed her role as a lawyer in the brilliant film ‘Ozhimuri’ (Decree of Divorce). To give you an idea of her place in the Kerala film scene, think perhaps of a younger Julia Roberts in Hollywood, or a young Rani Mukherjee in Mumbai. The fact that someone would dare to molest or rape Bhavana boggles the imagination.

This news item must be seen in conjunction with another that made the headlines around the same time. The Communist government in Kerala is proposing a general amnesty for 1,850 prisoners; the Governor has expressed unease that hardened criminals with histories of rape and murder are included in the list; and there are allegations that many have connections to the ruling party.

Take these stories together, and you see a pattern: this is a dog-whistle. There will be no real consequence to even violent crime, because you may serve a token period in jail, but then you will be back on the streets after an amnesty, when the public has forgotten what you did, and moved on to more recent atrocities. As an example, there was Jayakrishnan Master, a schoolteacher, who was hacked to death in 1999 in front of a class full of terrified and traumatised children. Eventually, after much legal palaver, the killers essentially got off scot-free, and are out of jail.

Sowmya, a young woman commuter, was terrorised in an empty ladies’ compartment in a train, chased around and had her head banged on the walls. She was then pushed off the train, raped on the tracks, and had her head bashed in with a stone. The one-armed, indigent beggar, Charly Thomas, who did this, was sentenced to death by a trial court, but miraculously found a high-priced Supreme Court lawyer, and aided by inept arguments by the state prosecutor, he was able to get it reduced to life imprisonment. Surely he’s awaiting some future amnesty.

A young law student named Jisha was tortured and murdered in a most brutal and painful fashion. She was disemboweled, stabbed, had her genitals mutilated. A migrant labourer from Assam named Ameer-ul Islam has been accused, but he had no particular motive: Jisha was not raped. The police once again were accused of deliberately allowing the destruction of evidence. There are persistent rumours that Jisha was the illegitimate daughter of a politician, in whose house her mother was a maid; and that Jisha demanded a share in her biological father’s property, which may have been the reason behind this extreme brutality.

There is also the mysterious case of 23-year-old Kokila Kumar, councillor in Kollam, who was the victim of a hit-and-run, being knocked down from her scooter by a car which then disappeared. There is a chance that this was a ‘contract killing’, although there is no proof, as the case has not been pursued with any vigour by the authorities.

This could be part of an epidemic of general and political murders in Kerala over the last year, wherein young and middle-aged rivals of the ruling party have been summarily executed. There was Sujith, killed on 16 February 2016, exactly a year ago, in front of his parents. Then Pramod, Vineesh, Santhosh, Anil, Vishnu, Nirmal, Remith, Ramachandran,…. the sad litany goes on and on. All of them hacked to death. And Vimala and Radhakrishnan, burned to death.

Then again, another news item mentioned that a Bharatiya Janata Party functionary in Kollam district died of injuries sustained when he was beaten on the head with an iron rod. That Ravindranath, a retired sub inspector of police, was so casually murdered suggests that the there is no fear of police retaliation.

Did you, dear reader, catch the thread that runs through the above tragic list? All the victims are Hindus.

It is not that I have selectively chosen to highlight these to make a communal point. The fact is that the women subject to sexual predation, the ones raped and murdered, the men hacked to death in political rivalries, are almost all Hindu.

Is a campaign of intimidation of Hindus unfolding in Kerala? The closest parallel is to Kashmir, where, too, Hindus were brutalised and driven out. The same pattern seems to be showing up in Kerala: a slow-motion diminution of Hindu numbers, possibly converting them to a minority over the next two census periods.

The official 2011 census figures say that Hindus are 54.7 per cent of the state’s population, Muslims 26.50 per cent and Christians 18.30 per cent. But these figures are probably far from reality as Muslim fertility in Kerala is considerably higher than that of others, and there is a vast and vigorous evangelical industry that holds Christian conversion jamborees almost every day of the week. And most Communists with Hindu names are virulently anti-Hindu, as the unabated killings of Rashtriya Swayamsevak Sangh workers, especially in Communist Party of India-Marxist stronghold Kannur, suggest.

Demographer J K Bajaj wrote in Swarajya that “during 2001-11, Muslims in Kerala have grown by 12.8 per cent, while Hindus have grown by 2.2…”. He points out that this rubbishes the theory that given improving levels of literacy and economic conditions, all communities will show drops in their birth rates. The Muslim birth rate is indeed falling, but it is still far above that of Hindus and Christians in Kerala.

In the case of Christians, another factor is at work. While demography may be lowering birth rates, their conversion machinery more than makes up for this deficit. Read one assessment of the scale of conversions by Surjit Bhalla here. This does not show up in the census numbers as the buzz is that new converts are encouraged to retain their old Hindu names to prevent undue alarm. In this writer’s opinion, the real Muslim numbers may be closer to 30 per cent and the Christian population well over 20 per cent, suggesting that Hindus are already in a minority though the figures haven’t captured this yet. Also, one wonders how one can count atheist Marxists as Hindus when they may not think of themselves as practicing Hindus.

Here are some other germane facts: over 2,600 women in Kerala were victims of ‘love jihad’ during 2006-12, according to a statement tabled in the Assembly by former chief minister Oommen Chandy in 2012 and the vast majority of them were Hindus.

There have been several cases of sexual impropriety in Kerala over the last few years: the most infamous women involved were Saritha Nair (who allegedly slept with a large number of politicians in connection with the solar-energy scam) and Reshmi Nair (who initiated a ‘Kiss-for-love’ stunt and then was found to be part of a call-girl-racket, with herself as chief participant).

If you look at the cases of Jisha, Sowmya, and others, as well as those of Saritha and Reshmi, a meme evolves: Hindu women are loose, and there is no consequence to you if you attack them. No doubt these played a part in the audacious attack on Bhavana. Nobody would dare to attack a famous Muslim or Christian actress, as there would be… consequences. But the defeated and cowed minority Hindus? They will do nothing.

There is a whole series of other attacks on Hindus in Kerala: for one, the attack by non-devotee North Indian non-Hindus on Sabarimala, claiming that the traditional custom of women in their fertile years not visiting the shrine was a violation of their rights (on the contrary, the Attukal festival where 30 lakh women congregate, and men are kept away, does not excite any talk of men’s rights). For another, the attack on the temple elephants of Kerala, citing animal rights, whereas the real target is the spectacular temple festivals.

A third is the appropriation of Hindu artifacts by Christians. The golden flagpole and the stone lamps that adorn Hindu temples have now been simply appropriated by churches, in a widespread grab of the community’s cultural property. Much the same thing happened in land reform under various governments, wherein paddy lands (owned by Hindus) were expropriated and redistributed, but rubber plantations (owned by Christians) were expressly left alone.

But the assault on Hindus goes much further. It started around 1811 when the British resident adviser in Travancore, a fanatic Christian, bullied the maharani (who was struggling with the debt burden imposed as a result of British help to repulse Tipu) into commingling temple lands with government lands. According to the Travancore Manual, Munro forced the acquisition of 62,000 acres of garden lands and 548,000 acres of paddy fields from temples into state lands. Thus deprived of income, temples were impoverished and abandoned: the 10,000 temples of the time are now down to just 1,500.

Thus the slow diminution of Hindus has been going on for two centuries. The metaphor of the frog being slowly boiled comes to mind. If Hindus do not sit up and take notice even now, the Hindu majority will soon be gone – assuming that is not already the case.