Aadhaar: Had Chandrachud Prevailed, It Would Have Caused Enormous Damage 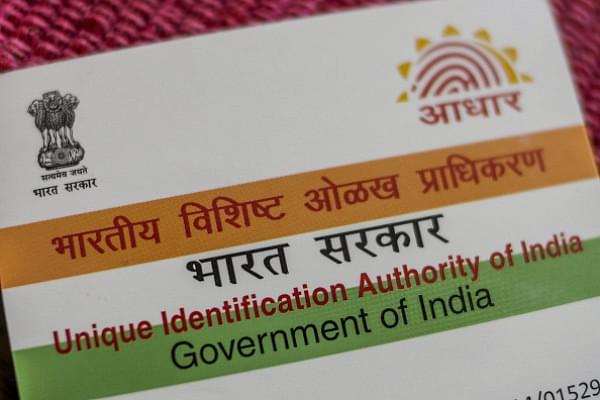 The 4-1 judgment in favour of Aadhaar’s constitutional validity by a Supreme Court bench headed by Chief Justice Dipak Misra is illustrative of both points.

One only has to look at the damage that the dissenting judge, D Y Chandrachud, could have inflicted on the polity, had his been the majority verdict, to underline this. The majority judgment, scripted by Justice A K Sikri on behalf of two others, the Chief Justice of India and Justice A M Khanwilkar, and supported in a separate judgment by Justice Ashok Bhushan, needs kudos for having prevented the indirect chaos and constitutional damage Justice Chandrachud’s dissenting opinion could have wrought. (Read the full judgment, including the dissent, here.)

Invalidating Aadhaar, and the related law legislated by the National Democratic Alliance (NDA) in 2016, would have had some of these negative consequences:

#1: Approximately Rs 14,000 crore budgeted for the Unique ID scheme till 2017 would have gone down the drain.

#2: The entire direct benefit transfer scheme, some 465 schemes involving 57 ministries, would have been in jeopardy, causing a significant break in the government’s efforts to streamline the delivery of subsidies and benefits to the right people. Going back to the old system of paper documentation would have meant a partial return to the old corrupt system. Instead of Aadhaar, an entirely new method of confirming IDs would have had to be devised – at additional costs.

#3: The cross-linking of PAN numbers and Aadhaar would have had to be abandoned, making it possible for people to again obtain multiple PANs and avoid detection by the taxman in the future.

#4: Some of the gains made on ease of doing business, including ID authentication at low cost, are now about to be whittled down even after the majority judgment, since banks and telecom companies can no longer demand Aadhaar verifications. If this judgment had come two years ago, Reliance Jio would have found it impossible to scale its subscriber base to over 200 million so quickly. Clearly, this exclusion of private parties from accessing Aadhaar in some way is the wrong way to go. The judgment should only have said that private parties can use Aadhaar verification only after a strong law on data protection is legislated. The blanket ban is unwarranted. Aadhaar is India’s big technology platform, and to not use it to benefit our businesses is foolish.

#5: And let’s not forget the let-down of 1.2 billion Indians who signed up for Aadhaar, most of them willingly. Invalidating all of it would have been downright irresponsible on the part of the court.

#6: The constitutional damage is also impossible to ignore. Under Article 110 of the Constitution, the Speaker alone has the authority to declare a particular bill as a money bill. The courts do have the right to check if the speaker has used her powers legitimately, but they cannot generally start looking into this issue without there being legitimate reasons to suspect mala fide action. In the current case, the resort to courts has been the result of political obstructionism by the Congress party.

Logically, one can argue that the government could have brought the Aadhaar bill even without calling it a money bill, but there was a real prospect of the opposition blocking it – neither voting for it nor against it, thus making legislation impossible. Without the Aadhaar law, there was a real danger that biometrics would have been collected without any legal basis – making both the efforts of the United Progressive Alliance (UPA) and the NDA infructuous. The majority opinion luckily did not make this mistake, and admitted that the Aadhaar law made it possible to correct the legal infirmity that existed earlier, when biometrics were collected without any legal sanction. This aspect has been totally ignored in Justice Chandrachud’s judgment.

Courts get to examine government actions only long after there is suspicion of an illegality or impropriety. This means a lot of money and effort would already have been expended on behalf of the taxpayer. When courts pronounce judgments, they have to take this cost into account. They cannot merely take a legal view of the government’s actions but must consider the additional damage the judgment itself will cause in trying to correct an illegality.

For example, in the 2G and coal-block allocation scams, the courts did cause damage by cancelling all these licences retrospectively; a better way to deal with the illegalities committed would have been to impose costs on those who committed these acts, as well as making the illegitimate beneficiaries pay. By cancelling the licences, the entire cost of the judgments were shifted to consumers and taxpayers.

Putting it simply, the national effort to build state capacity and governance capabilities – in case Aadhaar had been totally banned – would have been incalculable if Justice Chandrachud’s legalistic view of privacy and Aadhaar had been the majority opinion.

The key questions of law that were at stake in this case were the following:

One, does the collection of citizens’ biometrics violate their basic fundamental right to liberty and the newly-enunciated fundamental right to privacy? If so, what needed to be done to undo the damage? The majority decision was, no, the rights allegedly violated were balanced by benefits; Justice Chandrachud averred that the entire Aadhaar programme was constitutionally unsound and a violation of fundamental rights.

(As an aside, one wonders why no judge ever considered the imposition of a diesel vehicle tax by courts or the creation of the collegium, where judges select judges – neither of which is the judiciary’s mandate under the Constitution – as constitutional frauds. Can constitutional frauds only be committed by the executive and the legislature but not courts?)

Three, was the mandatory use of Aadhaar for purposes beyond subsidy delivery – for bank accounts, telecom services, filing of income tax returns, obtaining PAN numbers, and for writing NEET exams and school admissions – a valid use of the Aadhaar law?

Despite the legal strength in some of Justice Chandrachud’s arguments, it is the majority judgment that needs respect. It avoids needless damage. Courts cannot be oblivious to the damage they cause while interpreting the law.