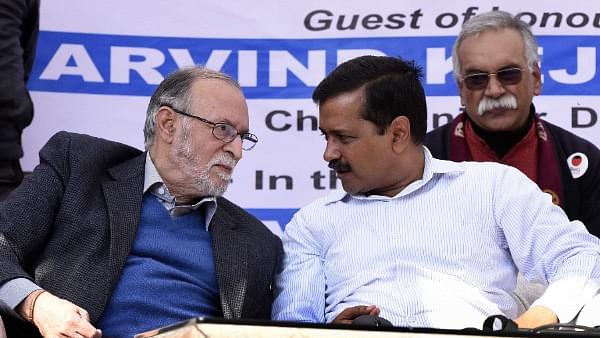 The Supreme Court (SC) verdict that drew curtains on the battle between Delhi Chief Minister Arvind Kejriwal and its Lieutenant Governor (LG) has produced what one could call a ‘judicial Rashomon effect’. The SC has given both parties something to cling on to. A verdict that was hailed as ‘pragmatic’ by legal luminaries has failed to bring in a sense of sobriety in both the Aam Aadmi Party (AAP) and the Bharatiya Janata Party (BJP).

While AAP has claimed victory because of the SC's ruling, which advised the LG not to interfere in all decisions of the government, the BJP has claimed that the court's pronouncement that Delhi is ‘not a state’ has vindicated its stance. An objective assessment of the SC verdict reveals that neither party is entitled to claim ‘victory’ and that both are under obligation to arrive at a workable solution to serve Delhi and uphold Constitutional principles.

The LG-AAP tussle has its origins in the 69th Constitutional Amendment that added Article 239AA to the Constitution. The amendment conferred a special status on Delhi. A legislative assembly was created for Delhi and the elected government was given powers to deal with all state subjects, except public order, police and land.

Further, the amendment says that in case of a difference of opinion between the LG and his ministers, “the Lieutenant Governor shall refer it to the President for decision and act according to the decision given thereon by the President”. This provision of the amendment gives powers to the LG to intervene in the functioning of the Delhi government.

The interpretation of this clause had led to political drama involving the LG and AAP. The court has settled the matter in its verdict, saying that the power given to the LG was “not to be exercised in a routine manner, but rather on valid reasons after due consideration, when it becomes necessary to safeguard the interest of the Union Territory."

On the other hand, the AAP has been campaigning for statehood to Delhi, claiming that it would lead to speedier development of the capital and solve the problems of the state. Water woes and air pollution are serious concerns that have not been addressed satisfactorily by the current administration. The campaign for statehood was, therefore, seen as a diversionary tactic of AAP to absolve all responsibility to the electorate if questions were to be raised.

The question of statehood was left unaddressed by the SC as it refused to trespass on the domain of the legislature. Lawyers representing the National Capital Territory (NCT) had put forth the demand cleverly before the SC in their submissions:

“It is contended on behalf of the appellant that there is a necessity for uniform and consistent interpretation of the phrase ‘aid and advice’ used in different articles of the Constitution such as Article 74, Article 163 and Article 239AA in the context of the functions of the President, the Governor and the Lieutenant Governor respectively.”

Applying the principles of Article 163 in Delhi would have put its chief minister on the same plank as the chief minister of a full-fledged state. However, the SC refused to entertain this demand as it reiterated the special status of the NCT and the role of the LG. The SC, in its conclusions, said that Articles 73 and 163 cannot be applied to Union territories.

The court cited the findings of the Balakrishnan committee, which had advised the centre to provide the current arrangement for the NCT. The committee had given four reasons not to give full statehood to the then Union territory of Delhi.

Thus, the rationale for not providing full statehood to Delhi seems to have found more takers after witnessing the rivalry between AAP and the BJP. But both parties have the obligation to work together for Delhi and solve its pressing problems. Instead of continuing the tussle, both parties must take the opportunity provided by the SC verdict to deliver on areas of administration assigned to each other efficiently for the sake of Delhi's citizens.