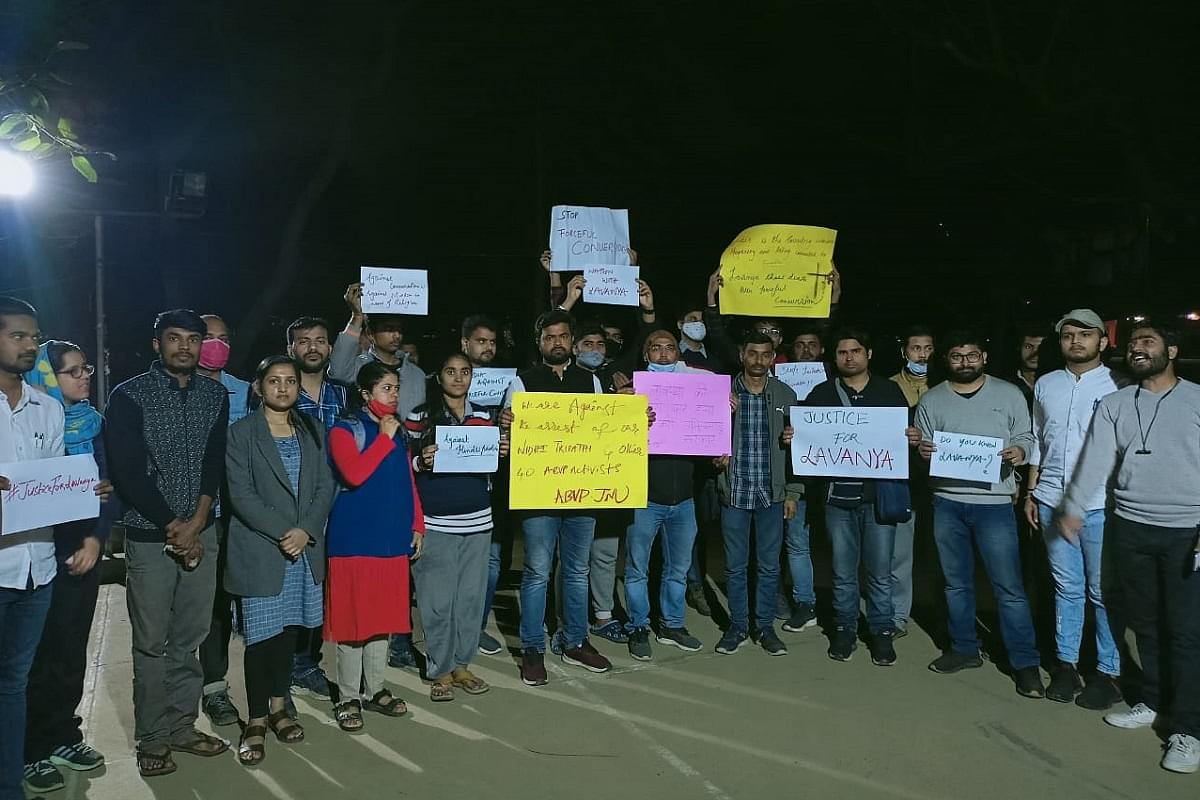 The RSS-affiliated ABVP burnt an effigy of Stalin and announced a huge protest outside the Tamil Nadu Bhavan on Tuesday.

The announcement by the ABVP Delhi unit came after the Tamil Nadu Police 'brutally treated' ABVP activists protesting outside the chief minister's house to get justice for Lavanya.

'In view of this, the ABVP Delhi burnt the effigy of chief minister Stalin in DU and JNU and announced a big protest outside Tamil Nadu Bhavan in Delhi tomorrow (Tuesday),' the statement said.

Lavanya, a Class 12 student at Sacred Hearts Higher Secondary School, was allegedly coerced to convert to Christianity, following which she consumed poison and died on January 19.

The ABVP said the 'insensitivity 'of the state government in the case is demonstrated by the fact that the government had approached the Supreme Court against the Madras High Court's order for a CBI inquiry. The Supreme Court dismissed the petition and upheld the high court's decision, ordering the case to be handed over to the central investigation agency.

The youth fighting for justice for Lavanya now have hope, the student outfit said.