After Uttar Pradesh Board Exams, Yogi Government Now Cracking Down On Cheating In Madrassas 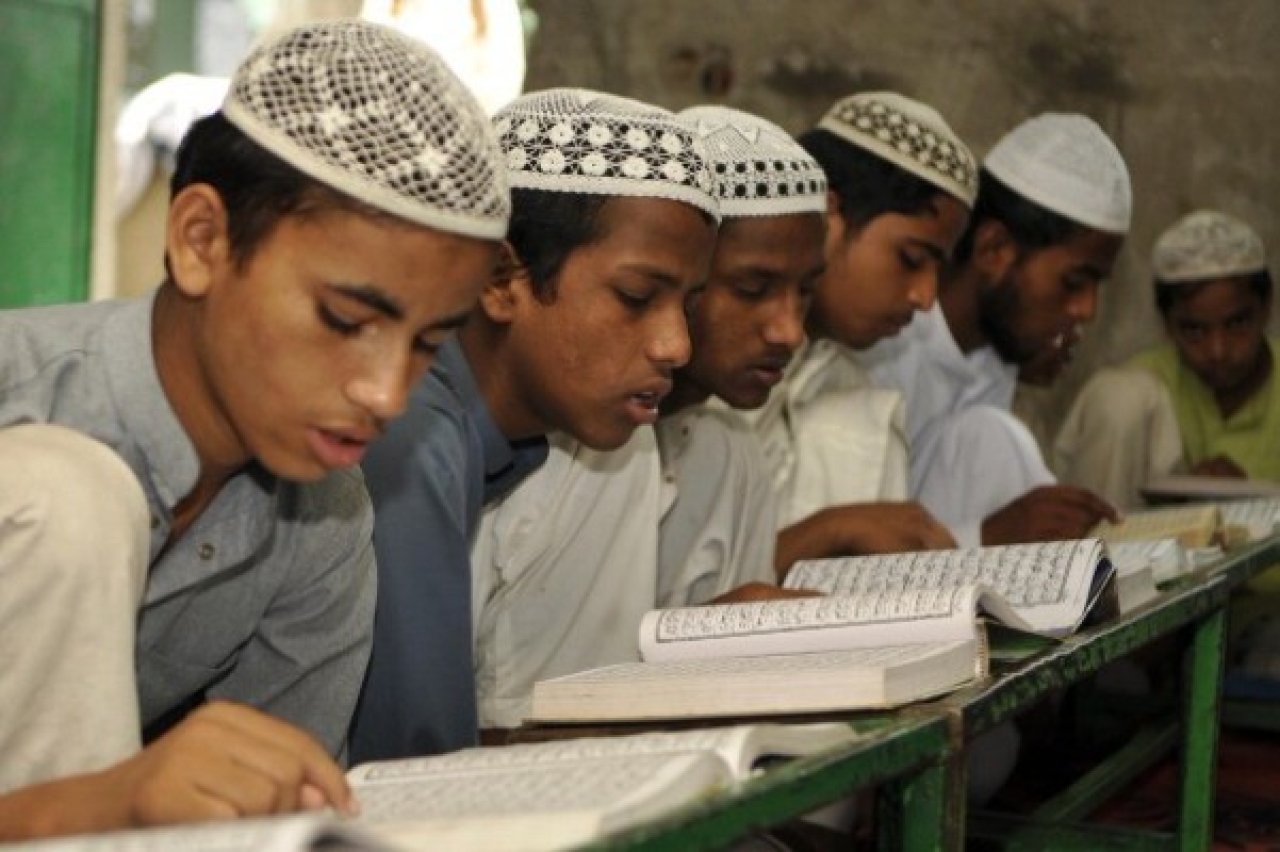 Muslim students in a madrassa

This year, board examinations in Uttar Pradesh (UP) threw up an odd surprise when one-sixth of all students dropped out only because they could not cheat. As many as 10 lakh students of the 66 lakh-odd who registered for the UP board exams skipped their exams held in February.

Deputy Chief Minister Dinesh Sharma credited this large-scale dropout to the government's crackdown on the notorious “nakal (cheating) mafia”. He said about 80 per cent of the students who dropped out were from outside UP and had enrolled themselves in schools (which they never attended) only because they could get away with cheating.

Hailing the dropout as a success, the government is now preparing for a similar crackdown on exams in the UP madrassa board that are slated for next month. Even though the number of students taking these exams is paltry compared to the state board, the exams are significant as at least 70 per cent of the examinees are awarded a degree equivalent to that of the Central Board of Secondary Education (CBSE).

Yogi Adityanath has cracked down on cheating in UP board exams

A senior official of the UP Board of Madrassa Education told Swarajya that early success in this regard is evident from the drop in the number of student registrations. For the exams slated for mid-April (the date has not been finalised yet), a total of 273,027 students have registered online on its portal. Last year, the figure was 371,054. While the drop in the number of students is not a reverse trend, it is certainly steep compared to 2016, when 422,635 students had registered.

“This online registration was done for the first time. A unique user ID has been created for every student. This is helping us verify the details of every examinee,” the official said.

Notably, certificates issued to madrassa students by the UP board are equivalent to those issued by the CBSE. Munshi and Maulvi certification is equivalent to Class 10 of CBSE and Aalim is equivalent to Class 12. Graduate and post-graduate degrees by the UP madrassa board are awarded to Kamil and Fazil certification respectively, but it has no equivalence with a national board. Of all students, 136,234 students are appearing for Munshi and Maulvi while 44,344 are appearing for Aalim this time. Of the rest, 73,884 are appearing for Kamil while 18,565 are doing that for Fazil. Of all the students, 156,562 are male while 139,239 are females, and the rest 24 are transgenders.

The UP Board of Madrasa Education, based in state capital Lucknow, operates under the Department of Minorities Welfare & Waqf of the state government. Apart from UP, only Bihar, West Bengal, Chhattisgarh, and Madhya Pradesh issue certificates at par with national boards.

“The steep drop of about one lakh students indicates that a lot of students were probably associated with the madrassas only for scholarships and government aid. These are what we can call 'fake' students,” the official said. 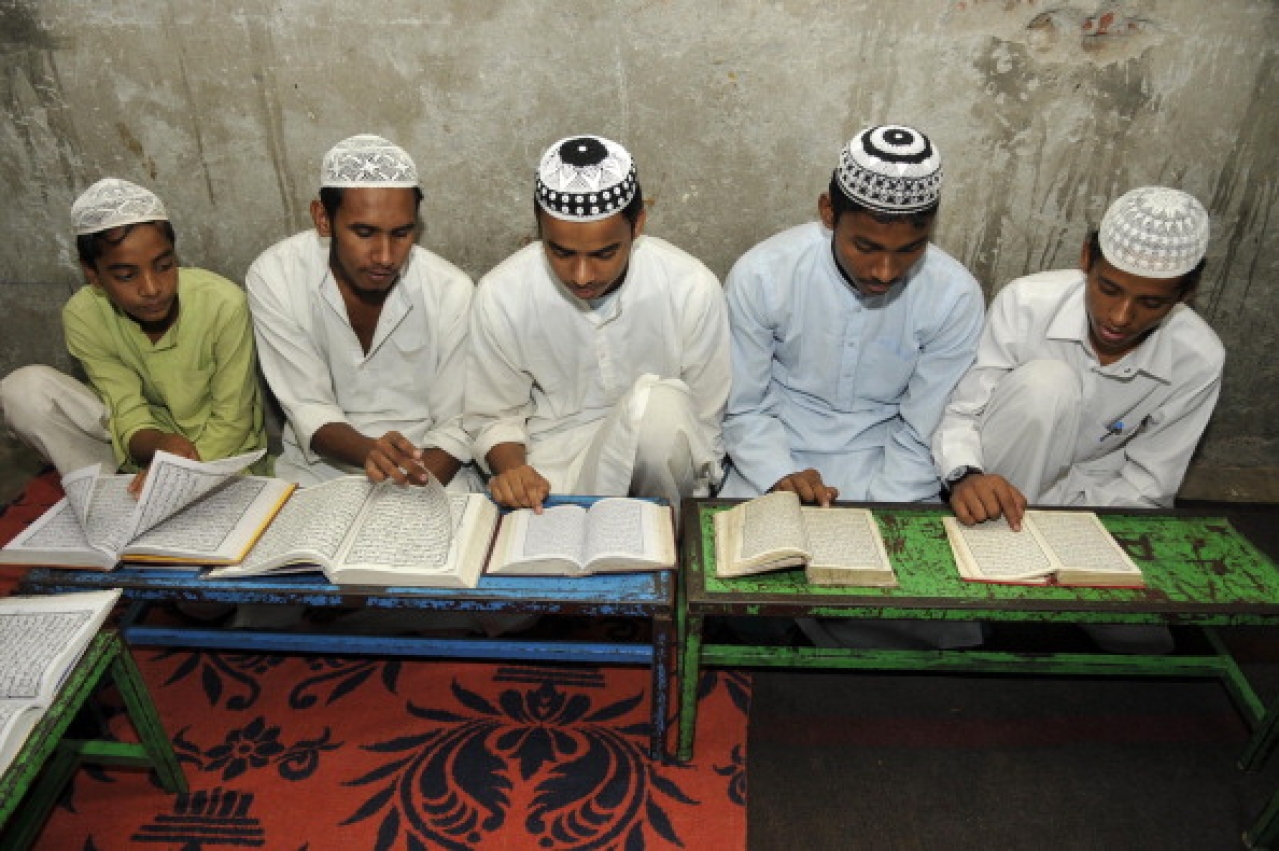 Exams of the upcoming UP madrassa board will see a crackdown on rampant cheating.

She said that the board had already trimmed the list of madrassas in the state by asking them to register online on a dedicated portal. Out of 19,000-odd estimated madrassas, about 17,000 had been able to provide their details to the government. This means that the rest of the madrassas were “fake”. They existed only on paper but enjoyed aid in the form of salaries of teachers who never existed, the official said. “Online registration also brought down the number of students.”

For the upcoming exams, steps similar to those taken during the anti-cheating drive in the UP board would be taken. For the first time, question papers will bear serialised numbers unique to every student. In the past, students have been found exchanging parts of their answer sheets with each other.

Cheating in madrassas has been as rampant as in the UP board exams, albeit less talked-about due to its much smaller scale and significance. During surprise checks in the past, madrassa students have been found making a mockery of rules. They were found sitting huddled in a group on the floor, openly using textbooks and mobile phones, and talking to each other, with teachers and vigilance staff assisting them.

Like in the case of the UP board exams, the selection of examination centres will not be done manually but electronically, and CCTV cameras will be installed. Anti-cheating squads will be deployed. Women staff will frisk girl students who turn up in burqas or hijabs.

“The primary job of the UP madrassa board is to hold exams. But it has not been done seriously in the past. We are changing this,” the official said.

The steps are also consistent with Chief Minister Yogi Adityanath’s efforts to help better manage madrassas and bring them under the government’s ambit.

Get Swarajya in your inbox everyday. Subscribe here.
Tags:
257 Shares