'Agar Congress Na Hoti': PM Modi Lists The Tragedies That India Could Have Avoided Had Congress Been Dissolved After Independence 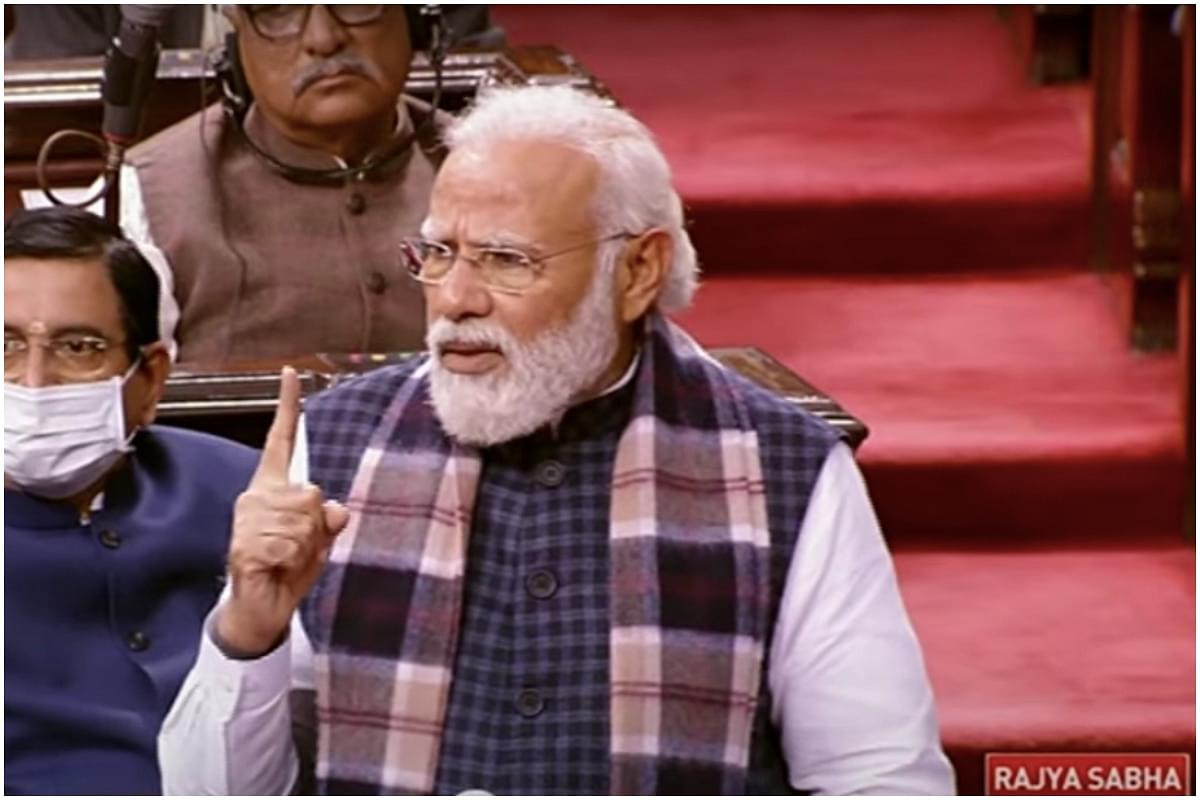 Prime Minister Narendra Modi today delivered his reply to the Motion of Thanks to the President's address in the Rajya Sabha.

In his speech, he criticised the Congress for its response during the Covid-19 induced lockdowns and their refusal to acknowledge the country's achievements in vaccination.

However, the Prime Minister did not stop at that.

He went on to list 10 tragedies that wouldn't have befallen the Indian people had the Congress party not been there, according to him.

Mahatma Gandhi had himself asked for the dissolution of the Congress after independence, said PM Modi. And had his wish been fulfilled, he continued, the Congress would not have been there:

1. Indian democracy would be the free of the scourge of dynasty.

2. In place of looking at things through a foreign lens, India would be moving ahead on a course of its own resolutions.

3. The black mark of Emergency would not be there.

4. Corruption would not have been institutionalised for decades.

5. The divides of casteism and regionalism would not have been so stark.

6. There would not have been a slaughter of the Sikhs.

7. Punjab would not have been caught in the flames of terrorism for years.

8. Kashmiri Pandits would not have been forced to leave Kashmir.

9. Daughters would not have been burnt to death in tandoors.

10. The common citizens of India would not have had to wait these many years for fundamental services like housing, roads, power, water, toilets.

I can go on listing, said the Prime Minister. When the Congress was in government, it did not bring about development in the country, and now when it is out of government, it is obstructing it, he said.