AIMIM Worker Arrested For Rape Of Minor Dalit Girl Is Married, Was Stalking Her For Months 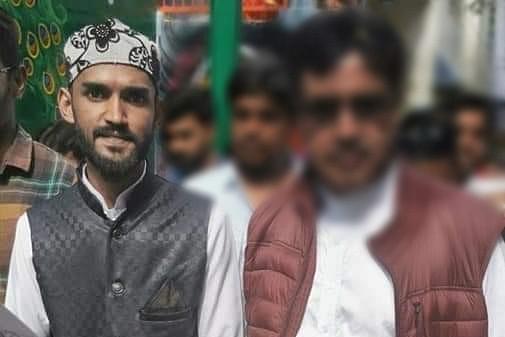 A minor Dalit girl from Hyderabad, who survived an alleged rape attempt by a local political party worker two days ago, has revealed that the accused would constantly ask her for sexual favours despite being married, and would threaten her with gangrape.

The girl’s family and neighbours say he is a close aide of AIMIM MLA from Malakpet, Ahmed Bin Abdullah Balala, and their posters dot many parts of the city.

Shakeel was booked by Chanderghat police on 6 May, under IPC sections 448, 376 and 506 and under the POCSO (Protection of Children from Sexual Offences) and SC/ST Prevention from Atrocities Acts.

The FIR (number 118/2010) was registered on the basis of a complaint given by the survivor’s cousin.

The alleged crime took place on the intervening night of 5 and 6 May.

The statement in the FIR says that the girl and her cousin’s family live in the same colony.

Around 2 am, the complainant was filling water from a tap when he heard a noise. He barged into his cousin’s house to find Shakeel outside the washroom. The girl was crying. When confronted, he said he wanted to marry the girl.

An altercation broke out as Shakeel is already married, the statement says. Shakeel then hurled casteist abuses at the girl and the cousin, and threatened them with consequences boasting that he is an MIM leader. However, he managed to escape the spot before they could call the police.

The statement further says that the girl later revealed that Shakeel had been obstructing her on the streets and harassing her for months now, asking her for sexual favours. That night, she had got up to answer the nature’s call when Shakeel jumped over the compound wall to reach her.

The girl and her cousin live in a basti called Kamal Nagar. Like them, many Hindu families here belong to Madiga caste, which is a scheduled caste. Most families are poor. The survivor works as a househelp, while her cousin drives an autorickshaw.

The accused lives about half-a-kilometre away from the basti. While the FIR mentions his age as 24, the girl’s cousin told this correspondent over the phone that he is more than 30. “Shakeel is married and has children. That’s for sure. We have been told he has two wives,” he said.

The girl, who is 16, lost her parents when she was a child. She lives with her grandparents. She has a brother, but he lives in some other city.

She told this correspondent, “Shakeel would often threaten me with gangrape. He forcibly gave his phone number to me. He would tell me to call him else he would ask his friends to rape me.”

The girl said that she never revealed the matter to her family, as her grandparents are old and ill and she did not want to cause them any stress.