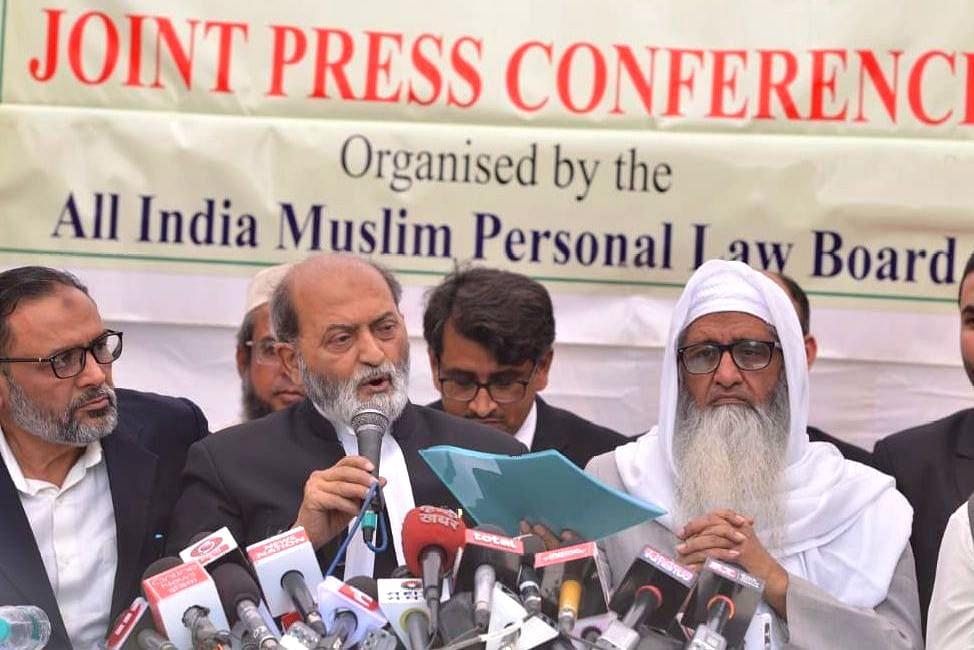 The All India Muslim Personal Law Board (AIMPLB), a board which has no legitimacy in the secular Indian context, wants to challenge the unanimous verdict of the Supreme Court. The verdict went in favour of Hindus in the Ram Janmabhoomi dispute, and compensated the Muslims for their loss with the award of five acres of land to build a new mosque.

“The land of the mosque belongs to Allah and under the Sharia, it cannot be given to anybody,” the board’s secretary, Zafaryab Jilani, has been quoted as saying. Taking this intransigent stand, the board may also refuse to take five acres of land as compensation. The board has decided to seek a review of the Supreme Court judgement, thus prolonging the battle and worsening community relationships.

While Muslims are free to decline the offer of five acres of land if they want to – no one can force them to accept it – one hopes that saner Muslim voices will hold their leaders to account.

The AIMPLB’s statement needs to be challenged both on secular grounds, and on grounds of illegitimacy and breach of trust.

First, wasn’t it the same AIMPLB that has repeatedly promised to respect the verdict, no matter what the outcome of the case? (See here, here) Sensible Muslims need to hold the mirror to the board for refusing to honour its own promises. In theory, anyone can seek a court review of its decisions. But when a verdict is 5-0, this is simply unacceptable. It is effectively an attempt to browbeat the polity and the courts by using hurt Muslim sentiments as cannon fodder for playing communal politics.

Second, Jilani needs to know that the land does not belong to Allah. Nor is Shariat the operational law in India. It is the laws of India that operate, and it is for the courts to interpret the law, not the AIMPLB or Jilani. Under the Indian law, ownership of a disputed piece of property can be changed by either the courts or Parliament, the latter using the principle of Eminent Domain.

Even those who are arguing that the court could not have come to this verdict if the masjid was not demolished are wrong. The existence of the temple below the mosque was discovered through excavations near the mosque site by archaeologist B B Lal in 1976, well before the mosque was demolished. This fact has been asserted by K K Muhammed, who was there when Lal did the excavations. So, if parliament had wanted, it could have used the power of Eminent Domain – the power of the state to take over private properties for public purposes – to take over the mosque, get it demolished, and offer the land for building the Ram temple. That it wasn’t done relates more to the reality of practical politics, where no party wanted to antagonise Muslims.

The AIMPLB’s assertion, that “there cannot be any alternative to the mosque”, is not only wrong in law, but an active attempt to delegitimise the law now laid down by the Supreme Court in the Ram Janmabhoomi verdict.

The government can take steps to assuage the feelings of Muslims by a conscious outreach to sensible leaders of the community, but it must also ensure that mischievous elements in the AIMPLB do not scupper whatever chances are there to rebuild communal harmony.

Even more important, attempts must now be made to educate Muslims about the doings of some iconoclastic rulers from India’s Islamic past, who made it their business to demolish temples and build mosques over them.

As long as ordinary Muslims are not told the plain truth that they already suspect may be the truth, you cannot improve inter-community trust in India. Trust can only be built on an edifice of truth. Not the fake truths peddled by 'subaltern' historians from the Left, with their own Hinduphobic agendas.