Recent Amendments To Terror Laws Are The Need Of The Hour. Here’s Why 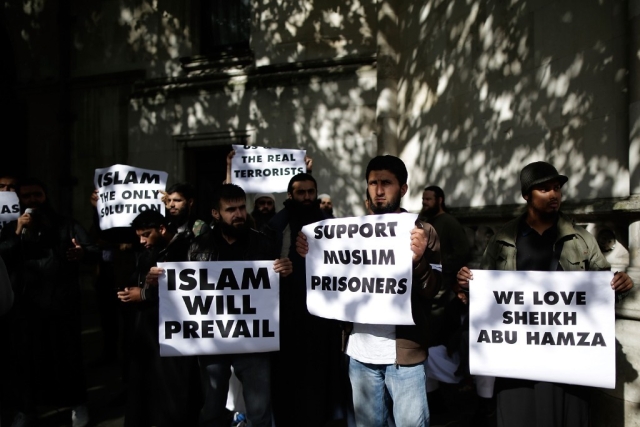 Over the past few years, the Modi-led government has crafted a new template of India’s counter-terrorism posture, which is both assertive and reciprocal. The recent Unlawful Activities Prevention Act (UAPA) Amendment Bill unambiguously demonstrates India’s policy and firm resolve of ‘zero tolerance’ towards terrorism.

With the evolving nature of global and domestic terrorism, an empowered legislative machinery is needed to protect our national integrity and sovereignty. Laws, intelligence agencies and their synergy are three important factors in the investigation of any offence with country-wide ramifications.

The enhanced powers of the National Investigation Agency (NIA) would help in overcoming bottlenecks in all these segments. The amendments would also help in building capabilities of our forces and ensure cross-country cooperation in investigation of cases.

Among the key changes, the Bill empowers the government to designate individuals as terrorists on the same grounds as those mentioned for designating an organisation as a terror outfit. People being the essence of any organisation, keeping an individual entity outside the purview of the defining criteria was a legal anomaly rectified by the latest amendment Bill.

Designating individuals as terrorists would throttle the entire network of terror activities as it would tighten the noose on sympathisers and disrupt their financial networks. In such a scenario, state governments would be duly alerted about individuals or organisations aiding terrorism and promote due diligence in the private sector operating in the jurisdiction.

The United Nations Security Council’s (UNSC) terrorism committee heads have also warned of the threat of foreign terrorist fighters finding new havens. The warning gains significance for India as it has recently been reported that several Islamic State operatives have travelled to India, posing a potential threat to the nation. Moreover, the recent attack on our neighbour Sri Lanka must sound alarm bells for us as well.

Secondly, overcoming procedural complications in investigations, the Bill provides that if an investigation is conducted by an officer of the NIA, the approval of the Director-General of Police would be required for seizure of such property.

A terror operative’s properties may be spread across the nation; previously, any attempt for search and seizure required prior approval of the Director-General of Police and other bureaucratic chains of command. The procedural formalities often led to laxity, delays and ultimately alerted the operatives to stifle the case in the quagmire of legal complications.

Another important step has been empowering the inspectors to investigate cases. The measures would aid in expediting investigation into terror-related offences and overcoming jurisdictional issues.

The UAPA Act along with amendments in the NIA Bill, together, provide strong global bargaining power to India. Terror-related offences such as counterfeiting, cyber terrorism, trafficking et cetera have cross-country and global ramifications and the two Bills together plug legal loopholes and provide our investigative agencies with more resilience to combat terrorism.

However, it is important to realise that terror in the information age is more fluid and beyond legal definitions. Spreading communal disharmony through inflammatory rhetoric is equivalent to violent extremism. The agencies must be equipped to check such individuals using mass appeal to leverage socio-cultural fault lines to influence and polarise society.

Radicalisation can occur beyond the four walls of any terror institution; it occurs in cyber space in plain sight. The agents are mostly law-abiding citizens voicing support and commendation for individuals relating to terror organizations. Can such a vocal approval to terror-related activity be considered under the purview of the law? These are some functional issues that will be adequately addressed going forward.

However, what is important is to view this decision as an important step towards protecting citizens back at home, along with empowering our law enforcement agencies with the requisite power to be effective in counter-terrorism activities.

In many ways, the UAPA has been subject to criticism by those who have often defended the ‘humanitarian rights’ of terrorists, which has often weakened our fight against terrorism. Therefore, their criticism should be viewed as a sign of the effectiveness of the UAPA towards tackling terrorism.

In the context of India, terror financing and radicalisation have been a major problem in states such as Kashmir, largely due to the political patronage that some of the separatists enjoy.

The present law will ensure that such political patronage is ended and with it, the funding for such activities dried out. Therefore, these amendments are important to cripple the opaque network of terror financing which will ultimately prevent further radicalisation and alienation of Kashmir’s youth.

For all the criticism of UAPA, the functional issues associated with it can be discussed, debated and explored. But the fact remains that the fight against terror is real and we can’t afford to lose it. The government has been consistent in its resolve to protect citizens from such heinous acts and this amendment is a step that further strengthens our fight against terror.