Andhra: Over 200 Persons Detained For Violence In Amalapuram Over Renaming Of Konaseema District After Dr B R Ambedkar 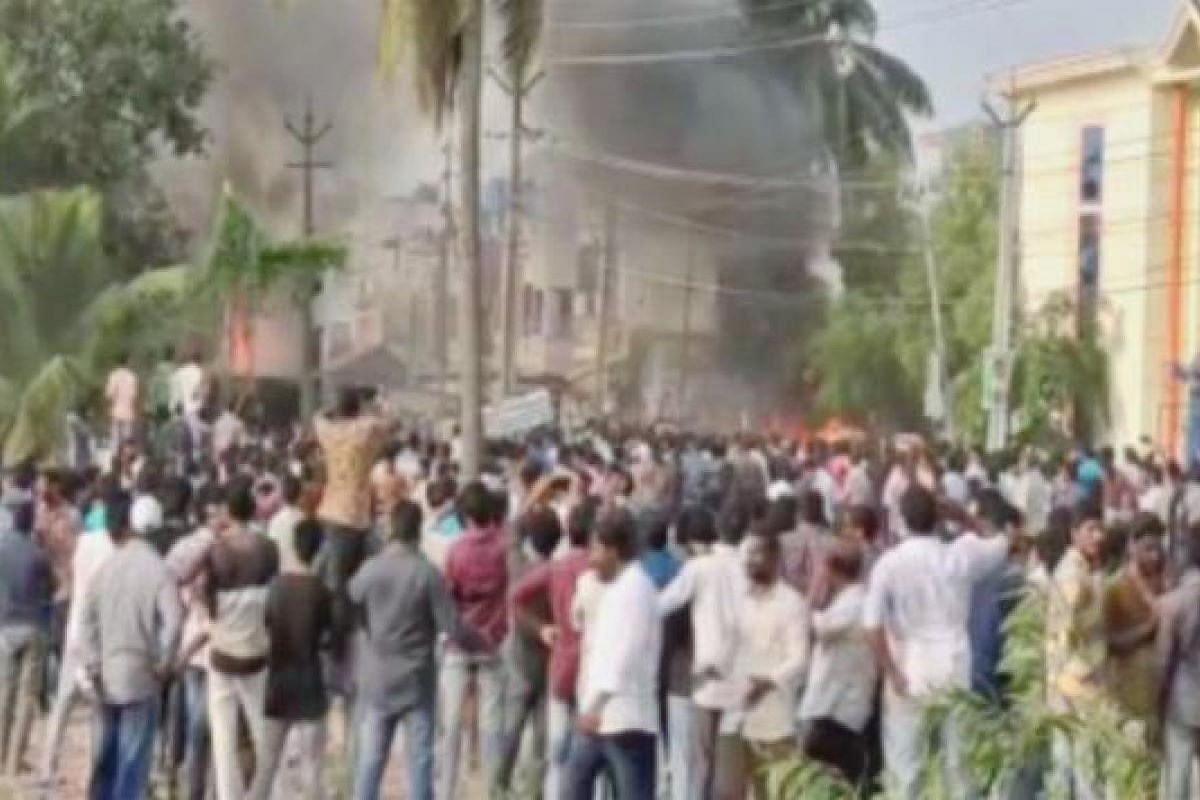 The protesters clashed with the police on Tuesday (24 May) in Konaseema district's headquarter, Amalapuram, and torched police vehicles, buses and the houses of transport minister P Viswarup and the ruling YSRCP MLA from Mummidivaram P Satish.

Following the violence, the district administration imposed a curfew on Wednesday (25 May) as a precautionary measure.

Konaseema SP K Subba Reddy said over 200 persons have been detained or arrested in connection with the violence, reports Indian Express.

Carved out of East Godavari district, Konaseema is among 13 new districts announced by the YSRCP government early last month.

The state government had last week issued a notification proposing to rename the district after B R Ambedkar. It invited objections, if any, from the public giving a month's time.

However, the renaming proposal has been opposed by sections of other communities, especially Kapus and some Backward Classes (BCs) groups, who are demanding that the tourist region’s traditional name Konaseema should be retained.

According to the IE report, SCs and STs make up around 19 per cent and 5 per cent of the district’s population respectively. The remaining population is made up mainly of Kapus and BCs, with Kapus being the most dominant caste in the erstwhile East Godavari district.

A section of local residents have reportedly raised concerns that renaming Konaseema would take away the traditional identity of the region.

“The opposition is not against Dr Ambedkar, but against erasing the identity of the region," a student was quoted in IE report as saying.

"If you say you are from Dr Ambedkar district you may have to explain the geographical location but if you say Konaseema, not only Telugu people but many others will also know,’’ the student added.