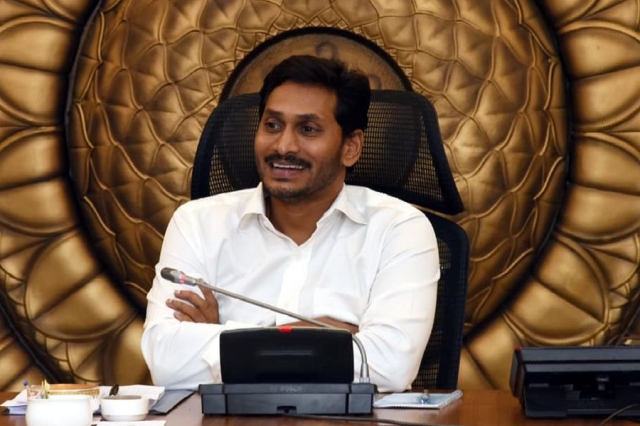 The Andhra Pradesh assembly on 23 July passed a bill calling for 75 per cent reservation of jobs for locals in all industries, including PPP ventures. If the skills are not available locally, industries could search for talent within the district or the state.

Y S Jaganmohan Reddy, the Chief Minister of Andhra Pradesh, said that the move would incentivise people and help the government in acquiring land for industrial development. He added that it was not justifiable for people to part away with their lands, while their kith and kin had to move outside the state for jobs.

The industry is spooked by this new ‘licence-raj’. There is already news of enquiries made to shift units to neighbouring Tamil Nadu, which is offering concessions on stamp duty, land acquisition and tax refunds for products.

The existing industry will also find ways to grease palms of inspectors. They will, perhaps, hire employees from other states as consultants. These will be just added costs to businesses. The large unorganised sector will be unaffected anyway.

Thanks to steady policy-making, the southern states experienced fast industrial growth over the last decades amidst all the drama on the political side. Hence the reservation-for-locals law has come as a jolt to the industry.

The Chief Minister, perhaps, fell for populist pressure without understanding the larger ramifications of the issue. It may seriously hurt investments in Andhra, given that Tamil Nadu and Karnataka are natural substitutes in manufacturing and services sectors respectively.

Also, this may cause the flight of local talent to other states where new industries will spring up. Ironically, the law was made to prevent that from happening.

The goods and services tax (GST) has facilitated free movement of goods across state borders. There is free movement of the other major factors, capital, labour and technology. This restriction on labour is just productivity-sapping dead-weight on the industry.

Also, it is unclear if the new law will stand up to scrutiny of the courts. Reservation based on geography is going to throw a few challenges as well. Given that all reservations are capped at 50 per cent, how this law will fit into the overall reservation regime is to be seen.

But the most troubling aspect of the law is its intent. This author worries if the disease of divisive mindset has spread to the state from the south in Tamil Nadu.

The ghost of parochialism is just wearing a cloak of federalism. When countries are opening up and hunting for talent, this new law is antediluvian in the sense that it drives talent and the consequent innovation away.

Andhra’s position as a research and innovation hotspot will be under threat. Hopefully, common sense (or legal sense) prevails soon, before the risk of this contagion spreads to other states presenting a spectre of ‘Balkanisation’ of the country.

Telugu people have centuries of history of being globetrotters. Andhra coast is littered with historic ports, big and small. People from Andhra Pradesh have a large presence in almost all big cities of India and have easily assimilated in them.

They have gone abroad to welcoming regimes. The San Francisco Bay Area is one of the Telugu addas, filled with bright techies from the state. How their own state government has not imbibed the spirit of openness and free movement is puzzling.

The next decade will be defined by internal migration from poorer northern and eastern states to western and southern states. Internal migration for economic opportunities is visible already in not just our metros but even in rural areas.

For instance, there are many Oriya and Bengali labourers working in farms and in informal jobs in Tamil Nadu and Kerala. The free movement of workers keeps the balance in our labour market and the economy chugging.

Economists, in fact, are calling for facilitation of migration through social-security provision and infrastructure development. ‘One nation, one ration card’, new laws to facilitate house rentals, thrust to urban housing projects etc, are aimed at harnessing migration for economic growth.

It should also not be forgotten that southern states have achieved replacement birth rate years ago and will start becoming ageing societies in 2030s. To reap whatever is left of the demographic dividend, these states have to provide for jobs to their youngsters and not drive them away. They also need migrants to take care of their elderly.

International relations experts opine that India did not develop a cogent foreign policy because our leaders were looking inward and focussed on maintaining internal cohesion among diverse peoples of India. It has taken hard work to make and keep the republic together. The carelessly made law threatens the spirit of unity of our country.

Jaganmohan Reddy should perhaps take lessons from the great liberaliser from Kurnool, P V Narasimha Rao, on how efficient laws promote shared prosperity. The economic progress of all of India, including Andhra Pradesh, is a testament to the liberalisation reforms of 1991.

The beautiful fabric of India was woven with wisdom, care and sacrifice of many great people. Our current politicians should not be myopic to make laws that are self-destructive and not in the larger national interest.