Arvind Bellad Is Quietly At Work To Develop Hubballi-Dharwad, And It’s Paying Off 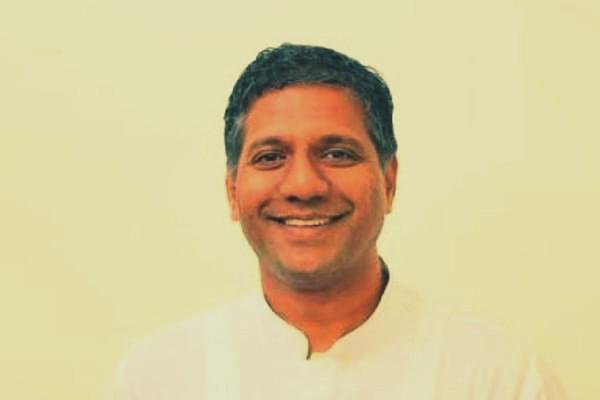 Even his opposition party members hold him in high regard, not because of the great wealth that follows him and how respected his family was in public life, but for his simplicity of thought, sincerity in public life, and keeping intact his connect with the grassroots, which is one quality that has become a rarity in present-day politics.

He is Arvind Bellad, Member of Legislative Assembly (MLA) of Hubballi-Dharwad (West) constituency. He is one of the few candidates in Karnataka from the Bharatiya Janata Party (BJP) who did not face anti-incumbency.

Though he belonged to the wealthy family of Bellads in the North Karnataka region – his father Chandrakanth Bellad was a five-time MLA from the same constituency and headed the family business, junior Bellad had pursued an engineering degree and a Masters in Business Administration from a French University and is perhaps one of the few well-educated young politicians in not just north Karnataka but also the state.

After his win from Hubballi-Dharwad (West) in May 2013 and 2018, his opponents had no hesitation in calling on him to embrace and congratulate him for the win. A senior Congressman had commented: “The best man has won.”

In 2013, he started lower and upper kindergarten (LKG, UKG) in government schools – when LKG and UKG were nearly exclusive domains of private educational institutions. His pursuit of education reforms in his district and constituency reached a peak when he took on the mantle of bringing the Indian Institute of Technology to Dharwad. Bellad fought all the way for more than three years in his first term as MLA against the lobbies of Bengaluru, Mysuru, and Mangaluru that were vying for this prized institution.

He made no bones about his plans to develop education in his constituency and district. On several occasions, he had to face the ire of other MLAs in the area, but he had been able to convince them that such development would help the people of not just Hubballi and Dharwad but also of the greater North Karnataka region. His plans were included in the 2018 BJP state election manifesto. Few MLA candidates from the BJP can lay claim to that feat.

On the civic side of his tenure as MLA, Bellad took advantage of the large funding that the twin cities of Hubballi and Dharwad City Corporation had possessed, which is the largest after Bruhat Bengaluru Mahanagara Palike. In just five years in his first tenure, he concretised 85 per cent of the roads in his constituency. He is now known as the 'Concrete Man' of Dharwad for his leadership on this front.

Bellad’s multitasking nature helped him greatly in his work. He knew where to tap government money from and to what end. Over the years, he has been especially acknowledged for being able to get funds released for construction of 2,500 houses for the poor in his constituency.

Only 20 per cent of his constituency can be said to fall under rural areas. Today, driving through the rural areas to reach Dharwad from the northern side, one can see green expanses hosting farming, social forestry, and horticultural orchards all along. This has been possible, thanks to the 11 check dams built during the last five years. Two of the dams, built at Amaragola and Navaluru villages, provide constant water supply to farmers for irrigation. The series of check dams have had their effect on adjacent urban areas as well, as many other water bodies have been revived due to the rise in water levels.

Bellad had taken over the family business of selling tractors in 1990. Within five years of taking over, he turned around the modest profit-making organisation to make it India’s number-one HMT dealership, surpassing dealers from states with rich farmers, like Punjab and Haryana. He went on to improve the record for more than 10 years in a row. From selling tractors, the group diversified into dealerships of Hyundai, Chevrolet, Sony Electronics, Hero Motors, Claas Harvesters, and Ashok Leyland, among others.

Since his taking over, Bellad Motors has grown more than 300 times. It has also expanded from a company of 150 employees to one that employs more than 650 people. The growth of Bellad Group has been the subject of study by several business schools, like Kempegowda Institute of Medical Sciences, SDM, and Deshpande Foundation, where he is frequently invited to deliver lectures to students.

These aspects of his life, however, did not show up in his electioneering. This correspondent, who had trailed him in both electoral campaigns in 2013 and 2018, saw that he never bragged about his accomplishments. During the trail, he had told this correspondent that there was not enough time to brag about his past or familial backing because there was so much to do – “I wanted the votes only to realise those dreams of making this constituency, this district get to the top in North Karnataka.”

When being commemorated by his alma mater SDMC for his outstanding work, he was asked by organisers what the secret for his success was, to which he replied, “I have always believed and practised that you have to be truthful, honest, and fair to people, be it your customer, employee, or your competitor.”

Bellad’s vision for Dharwad is to make it a world-renowned centre for education, literature, and the fine arts, which will ultimately not only generate employment opportunities for people – and increase overall prosperity – but also have a positive impact on the environment and culture, while at the same time preserving the quiet, comfortable way of life of the people of Dharwad.