As Karnataka Steps Out To Vote, Here Are 16 Points To Make Sense Of It All 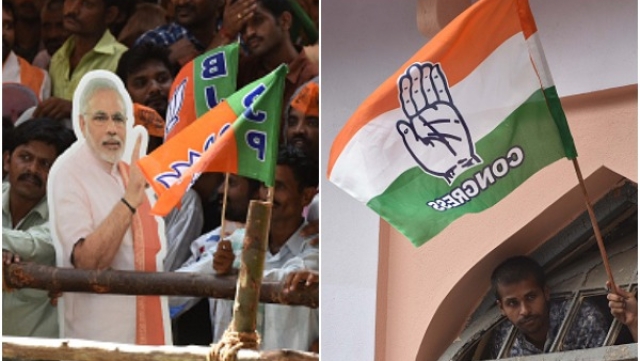 Karnataka is stepping out to vote. Even as opinion polls continue to suggest a hung assembly, H D Deve Gowda is happy at such a prospect. A cracker of an election like Gujarat is on the cards. Let’s take a look at the key data points.

1. Seats tally over the years

The fortunes of Janata Dal (Secular) (JD (S)) have plunged after the disintegration of the original Janata Dal. In 1999, JD(S) could win only 10 seats. However, in recent years, the party has recovered from the lows and has won on an average 40 seats in last three polls, having played the role of kingmaker in 2004. It is hoping again to call the shots as opinion polls suggest a hung assembly. The Bharatiya Janta Party (BJP) has steadily improved its performance over the years from two seats in 1985 to 110 in 2008.

However, in 2013, its performance was affected by exodus of B S Yeddyurappa and the Reddy brothers.

Caste plays an important role in Karnataka politics. Around 73 per cent of people surveyed in an ADR poll stated that they would vote on the basis of caste and/or religion of the candidate. Upper caste, Lingayats and Vokkaligas account for 32 per cent, OBCs 28 per cent, SC/STs 24 per cent and minorities 16 per cent of the state’s population.

LIBRA (Lingayat and Brahmin) is an anchor voting segment of the BJP. STs, Muslims and Kurubas are staunch supporters of the Congress, while Vokkaligas are big supporters of the JDS. The OBC vote is divided between BJP and Congress.

In 2014, more than 60 per cent LIBRA supported the BJP. The Congress got highest support from the OBCs, SCs, STs and Muslims. The Vokkaliga vote was split between the three main players with BJP bagging the highest. In state elections, JD(S) is likely to get the maximum Vokkaliga vote followed by the BJP. The BJP is eyeing this vote bank in seats where JDS is not in a position to defeat the Congress.

There are 51 reserved seats in the state, 35 (SC) 16 (ST). SC / ST account for 24 per cent of the state’s population. The BJP won 29 of these in 2008 while Congress won 26 in 2013. BJP hopes to improve its tally banking on the influence of Sriramulu who may become the Deputy chief minister if the party comes to power. The JD(S) is hoping to improve its performance and has tied up with the BSP which has about 2 per cent vote share in the state.

The BJP has been in contention (1st or 2nd) in 150 odd seats, the Congress in 190 and JD(S) in 80 seats as per last three elections. To form the government, the BJP requires a high strike rate of 77 per cent while the Congress needs one of 59 per cent. The JD(S) meanwhile requires 138 per cent, a mathematical improbability.

The BJP is in direct contest with Congress in 135 and with the JD(S) in 25 seats. 65 seats have an INC vs JD(S) contest. This shows the concentrated nature of BJP and JD(S) vote shares, while Congress support is more spread out across the state. Hence, the BJP can win with a lower vote share like in 2008. Also, the better the JD(S) does, the more harmful it will be for the Congress.

The JD(S) won more than 60 per cent of its seats in the Old Mysuru region. The BJP got maximum number of seats from Bombay Karnataka and Bengaluru, while Congress from Old Mysuru and Bombay Karnataka. BJP is expected to do well in North Karnataka this time where KJP (Yeddyurappa’s party) damaged its prospects in 29 seats in 2013.

The current BJP contested as three separate units in 2013. If it would have contested as a unified entity, it would have won 87 seats and there would have been a hung assembly situation. In 2014 Lok Sabha polls, it was leading in 132 seats, implying it has a buffer of 20 odd seats to majority.

An analysis of 12 big states which went to polls after Lok Sabha elections in 2014 throws up an interesting trend. Eight states voted out state governments, seven of them recorded a higher turnout than in the last assembly elections. Only Punjab, which saw a change of government, recorded a low turnout. Four states re-elected the incumbent governments, three of them recorded low turnout. Only Bihar recorded a high turnout and still re-elected a government. Higher turnout means high anti-incumbency against Siddaramaiah. Low turnout means he is safe.

NOTA may also play a role. Higher NOTA will benefit Congress, as it denotes people unhappy with Congress but not confident of BJP /JD(S) solving their problems. An analysis of top five NOTA-voting big states shows that four of them returned the incumbent government to power. A high NOTA vote share of greater than 1.5-2 per cent will help the Congress.

As Karnataka once again takes part in the churn of democracy, we’d be observing how the numbers play out, and which are the new ones that come up.