Assam – The Real Test Of The Modi Wave? 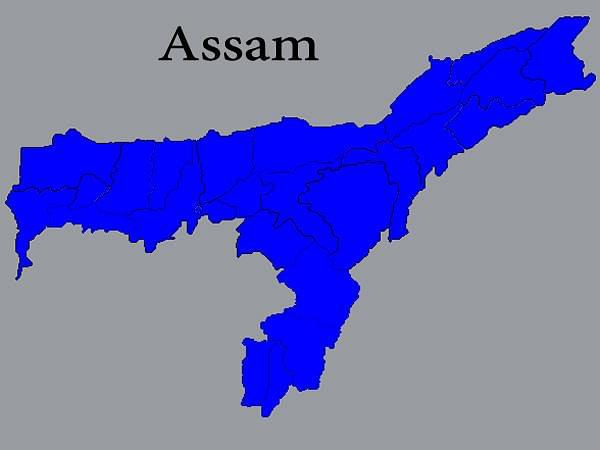 Assam remains the only state where the BJP is in a direct contest with the Congress party in 2016. In the 2014 Lok Sabha elections the BJP took the lead in more than 60 assembly segments. Can it win again in 2016?

With Bihar elections underway, a large number of political pundits have been referring to it as a midterm referendum on the Modi administration. Some such as Praveen Rai of CSDS are calling it the beginning of the decline of the Modi wave itself. While Bihar elections are critical for both sides, it is probably not the correct state to gauge the nature of the wave itself, whether it remains on a decline or not. In Bihar, BJP as a political party has always had a strong presence, and its organisation was strengthened as it was in power for almost 8 years very recently, which gave it a free hand in building up its electoral machinery.

As such, in the author’s opinion, the real test for the future of the Modi wave will be appropriately gauged in Assam, not in Bihar. While Assam electorally is a less important state, its significance for the BJP cannot be discounted. Assam has the biggest economy in the North East (~55% of North East GDP), and is critical to the party’s expansion plans in the region. Congress currently runs five of the eight governments in the North East (Assam, Arunachal, Mizoram, Meghalaya, Manipur) and historically has dominated the politics of the region.

Collectively, the North Eastern states have only 25 parliamentary seats, but with all of them being border states, they are quite important for India’s geopolitical and national security apparatus. Separately, Assam’s influence on the rest of the North East is considerable, even if regional identities produce clashes between the general populace itself.

Assam has not been a typical strong hold for a party like the BJP. Historically, Assam’s politics has vacillated between national and regional identities. Congress was the dominant force in Assam, ruling the state from Independence until 1977, when Assam got its first non-Congress Janata Party government.

In the 1980s, despite Congress being on an ascendency, Assam’s politics turned more provincial with the arrival of Prafulla Kumar Mahanta on the scene, as his Asom Gana Parishad swept polls in 1985. Post Liberalisation, the failure of student politics notwithstanding, the state went back to being Congress’s backyard, with Tarun Gogoi being the longest serving incumbent CM in Assam.

Tarun Gogoi’s incredible run as CM has been aided by a lack of opposition. As regional parties such as AGP weakened in the last decade, the opposition has been divided and the space has not been fully captured by any one political party. This is surprising as despite an average performance from the Tarun Gogoi government, there has not been a cohesive opposition to the government, until recently. Assam’s lacklustre average GDP growth rate of 5.6% in last decade has been a considerable drag on the regional economy, and this has still not led to considerable angst against the state government, largely due to the TINA (There Is No Alternative) factor.

In Assam, the BJP won 7 out of 14 constituencies in the 2014 elections, up from 4 in 2009. This does not sound like a huge increase in seats, but the real story is in the Assembly constituency leads. Unlike 2009, BJP did not tie up with Asom Gana Parishad or any other regional player in 2014, and was able to improve their performance without any election machinery being in place on the ground. This tie up was also not in place in 2011 assembly elections either.

However, when comparing 2011 assembly results with the 2014’s parliamentary AC leads, BJP on its own went up from 5 leads in 2011, to leads in 69 seats in 2014, well clear of a simple majority (64 seats). While BJP has had a similar climb in states such as Haryana, in the case of Assam, the wave seems even stronger.

Figure 2: Assam BJP had no strong presence in Assam before 2014

For instance, in the 2014 parliamentary elections, BJP came 1st or 2nd in 98 constituencies, similar to the Congress, which still remains a primary player in 101 seats in 2014. The third key party, AIUDF, led by perfume king Badruddin Ajmal, has a strong presence in four districts, but is limited by geography and vote bank in only 32 assembly seats, with probably a high conversion ratio.

When compared to 2011, it is only the BJP that has grown substantially in terms of both vote share and seat wise presence, a phenomena which can be largely attributed to the Modi wave, and also perhaps rising anti-incumbency against the Tarun Gogoi government. This is also reflected in both seats where BJP gained vote share greater than 40%, and also in terms of seats where BJP came first or second.

So is the BJP a credible alternative in Assam?

While this topic is perhaps best discussed in a separate article, there are three clear reasons why BJP still perhaps enjoys a strong momentum in Assam:

In fact, It is in AIUDF’s interest that the polls are polarised, which will ensure a high rate of conversion for them in the 38 seats AIUDF has a strong presence in. As such, while Congress and BJP will be the primary contenders in ~100 seats each, AIUDF’s focus will be to increase their vote share and conversion rate in the 38 seats they will be seriously contesting. If AIUDF is able to improve upon its 2014 performance 24 assembly leads, it is almost certain it will likely end up being either the principal opposition or the king maker in the state, with a serious probability of the Congress being relegated to the third position, just like Haryana.

A final word on the BJP and the Modi wave

The BJP faces one clear hurdle, in terms of its organisation. Historically, BJP has done well in Assam in terms of vote share in the national elections; while its performance in assembly elections has always been poor. While 2014 LS elections gave BJP’s highest vote share, it has consistently won more than 20% of contested votes at the national level.

However, in terms of the assembly results, BJP’s highest vote share has been 12% in 2006. This is similar to the situation in Haryana, where the BJP scraped through in the 2014 assembly polls despite not having a visible presence before in the state. However, in a predominantly rural state like Assam, this could prove to be trickier than it was in Haryana.

Assam remains the only state where the BJP is in a direct contest with the Congress party in 2016. As such, when not faced with a strong CM candidate (Arvind Kejriwal), or a pro-incumbency government (Nitish Kumar/JDU), the BJP’s biggest test for the detection of any decline in the Modi wave will be felt in direct contests with Congress. Assam electoral trends in a sense will be the correct two year benchmark assessment of the Modi Sarkaar, and in turn the Modi wave.

Figure 4: BJP may not have on the ground apparatus to benefit from the 2014 vote surge

Bodhisatvaa is an economist.
Get Swarajya in your inbox everyday. Subscribe here.
Tags: