Bengal: The Chilling Accounts Of Families Of Two BJP Workers Who Can Return Home Only If The Women Are ‘Given Up’ To Trinamool Gangsters 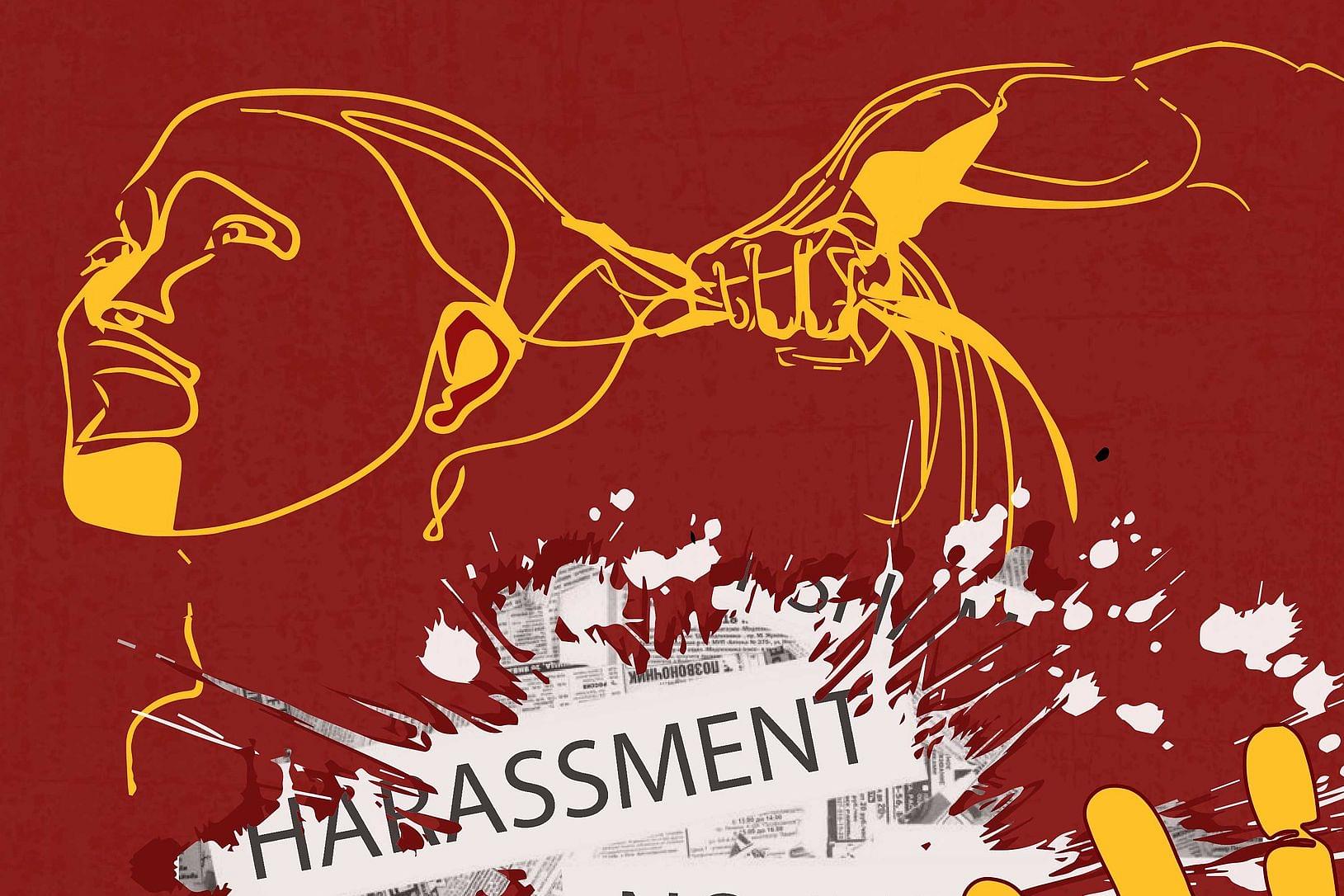 And for that ‘crime’, she was abused, assaulted, driven out of her home which was looted by local Trinamool goons. Now, she can return home only if she ‘submits’ herself to a local Trinamool gangster!

Pinky, treasurer of the local unit of the BJP Mahila Morcha, is not the only one who has been given this obnoxious and horrific pre-condition for returning home.

There are many other families of BJP supporters and workers who have been driven out of their homes by Trinamool marauders.

Many conditions ranging from payment of stiff fines and undertaking to disassociate themselves from the BJP to ‘surrendering’ their womenfolk to Trinamool strongmen who had been lusting after them (the women) have been set for these displaced families.

In many cases, the perpetrators of the atrocities against these hapless families (mostly Hindus) are Muslims. The Trinamool strongmen who are demanding that the women of these families ‘submit’ themselves to their sexual demands are also mostly Muslims.

Trouble started for Pinky Baj in the evening of April 17. She was the BJP booth agent of Jaygram booth number 194 in Minakhan Assembly constituency.

“I had objected to and foiled the Trinamool’s attempts to cast false votes that day. After polling got over, Trinamool cadres gathered outside the booth and started abusing me loudly. They were baying for my blood. I had to seek police help and was escorted back to my house,” she told Swarajya at a safe shelter she is now staying in with her family.

Pinky’s husband Sadhan Baj, who was working in Kerala, received a call from local Trinamool strongman Muzaffar Baidya on May 1 (the day before declaration of results) warning him that their house (in Jaygram) would be attacked.

And that is exactly what happened even before the final results were out on May 2 evening. “I saw that Trinamool goons had started attacking homes of BJP activists. I took my son (Surajit, 17) and escaped to another party leader’s house. That was also attacked. I then took shelter in my father’s place,” recounted Pinky, who works in the library of St. Xavier’s University in Rajarhat- New Town adjoining Kolkata.

But Trinamool goons hounded her there as well and she had to flee to a shelter provided to many displaced families by BJP leader Devdutta Majhi who also runs a Hindutva outfit called ‘SinghaBahini’.

Pinky’s husband Sadhan returned from Kerala on May 9 and called up Muzaffar Baidya requesting permission to return to his home that had been looted and ransacked by Trinamool goons on May 2 afternoon.

“Muzaffar told me we would be murdered if we returned to Jaygram. I pleaded with him and he then said that only if I send my wife to sleep with him will we be allowed to return home,” said a distraught Sadhan.

Muzaffar told Sadhan that he would like to take Pinky with him for a couple of days to Digha, a popular seaside destination.

Incidentally, Sadhan had recorded his conversation with Muzaffar where the latter made the ‘indecent proposal’.

Pinky and her family stayed put at the shelter arranged for them by BJP leader Majhi. But cops of the Minakhan police station started calling her up and asking her to return home.

“They (the police) assured us that we would be safe and would be provided protection. But I told them we will never be safe till all the Trinamool goons who looted my house and tried to molest me, as well as that Trinamool neta (Muzaffar Baidya) who is after me are arrested,” said Pinky.

After her repeated refusal to return to her ransacked home, the police traced Pinky to the Rajarhat-New Town shelter. Personnel of New Town police station reached the shelter around 7.30 pm on June 21 and forced her, and her husband and son, to accompany them to the police station.

“They (the police) told us they want to gather information from us about a shootout in that area earlier that month,” said Pinky.

That incident involving a gangster from Punjab who was hiding in an apartment in New Town could not have had anything to do with Pinky Baj and her family, and it is clear that the police had come up with a lame excuse to take the Baj family away from that shelter.

The next morning, police officers started piling pressure on her to return home. “The Sub-Divisional Police Officer (SDPO) reached the police station and spoke to us, asking us to return home. He got two local BJP activists (Ramkrishna Nath and Tutul Dhar over to tell us to cooperate with the police. The two (Nath and Dhar) told us that if we don’t listen to the cops, false cases will be filed against my husband and son and also my brother and they would be sent to prison,” said Pinky.

“The SDPO told us that many senior BJP leaders were tweeting about our condition and that my mother-in-law had filed a complaint that we had been kidnapped by a BJP leader. The SDPO and the two BJP activists told me to give a written statement that we had been kidnapped and kept confined by Devdutta Majhi. They said no one would disturb us if I gave this statement. refused. But they forced me to sign on a blank piece of paper,” Pinky added.

Pinky and her family were taken to a local court in Basirhat (the subdivision headquarters) where she told the magistrate that she was forcibly picked up by the police. She was forced to say that she would return home.

The Baj family were escorted by the cops to their house at Jaynagar around 11 pm. “Everything, even the LPG cylinder and oven, had been looted. So we went over to my father’s place. We returned home on June 24, but Muzaffar and his gang started threatening us openly. We felt unsafe and escaped the next morning,” said Pinky.

The Baj family (who fall in the scheduled caste category) are now staying, along with some other displaced persons and families, at a safe house provided by Singha Bahini president Devdutta Majhi.

Pinky’s son Surajit is depressed. All his books and study materials had been destroyed and burnt by the Trinamool goons. “If I don’t get my books soon, I won’t be able to study and will lose a (academic) year,” he said.

“How can I give up my wife to that rakshas (Muzaffar)? No man can agree to such a proposal,” said Sadhan Baj.

Another Scheduled Caste family--Rina Mondal, her husband Priya Ranjan, son Swaraj (13) and daughter Sumana (10) are also lodged in the same shelter as the Baj family.

Also residents of Minakhan, Rina is the secretary of the BJP Minakhan Purba Mandal and has been with the party for the last ten years. She was the BJP polling agent at Minakhan Booth No.189.

The Mondals had been receiving threats from local Trinamool gangsters much before polling. On April 15 evening, about 30 Trinamool goons led by Jamarul Tarafdar, Makbool Tarafdar and Saidul Tarafdar reached her house.

“My husband was working a short distance away and I was alone with the kids. They (the Trinamool goons) started arguing with me and abusing me. They pushed me inside my house and started molesting me. They disrobed me completely. I started screaming and my children who were outside the house were bawling. The neighbours raised a din and my husband came running. He pushed away the assaulters and gave me a saree to cover myself with. I was stark naked then. The Trinamool goons dragged my husband outside and beat him up,” said Rina.

The Trinamool goons warned the Mondals that they would be back on May 2 after the election results are declared. “We complained to Minakhan police station and named the Trinamool gangsters. The Trinamool goons filed a counter-complaint that we had assaulted them. The cops, instead of arresting them, picked us up and warned us. The cops told me to leave the BJP and lie low,” said Rina.

Around 10.30 am on May 2, true to their word, Trinamool goons descended on the Mondals’ house and ransacked it. “They destroyed my poultry farm and took away the hens. They destroyed my fishery and took away 80 bags of rice stored in the house. They looted everything and destroyed what they couldn’t take away,” said Priya Ranjan.

The family escaped to a shelter provided by BJP leader Devdutta Majhi and has been staying there since May 2.

“The police picked up my old and ailing father-in-law and tortured him. They forced him to call us and plead with us to return home. We refused. The cops also called us and have been asking us to return, but we have told the police we will not return till our tormentors--the Trinamool goons who looted our house and molested me--are arrested,” said Rina.

Rina’s husband reached out to local Trinamool leaders. He was told the family would be allowed to return only if he paid a penalty of Rs one lakh, joined the Trinamool and sent his wife to Makbool Tarafdar (a Trinamool gangster who had been lusting after Rina).

Priya Ranjan has, obviously, refused. And the Mondals, like many other displaced families, are being forced to stay away from their homes.