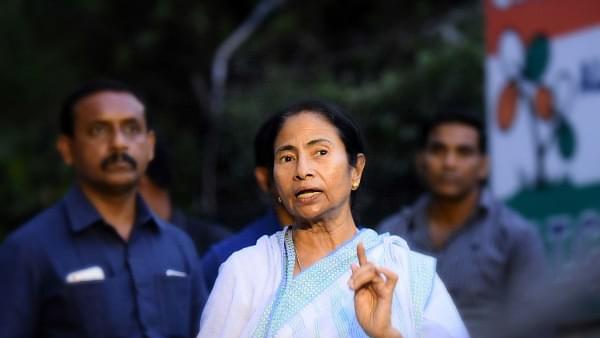 School teachers in Bengal are hurt, scared, and angry. The arrest and harassment of teachers who protested the murder of a colleague has led to severe resentment among the teaching community and attracted condemnation of the state government from academics.

Raj Kumar Roy, a teacher at the state-run Rahatpur High Madrasah in North Dinajpur district, was deployed as the presiding officer at an election booth in another school in the same district on the day of the panchayat polls in the state on 14 May. He reportedly resisted attempts by Trinamool Congress goons to capture the booth and stamp ballot papers. According to reports, he was threatened with dire consequences, but he stood his ground and prevented foul play. But he left the booth mysteriously after receiving a few calls even while polling was in progress in the evening. Hours later, his mutilated body was found beside the railway tracks some distance away.

The state administration and Trinamool Congress leaders of the district tried to pass off the death as a suicide. Outraged over the attempts to whitewash the ‘murder’, angry school teachers blocked a national highway near Raiganj, the headquarters of the North Dinajpur district, where the incident occurred. Raiganj sub-divisional officer T N Sherpa reached the spot to pacify the teachers, but made them angrier by stating that Roy could have committed suicide. He was abused and heckled, shoes were thrown at him, and a bucket of water poured on him. Sherpa had to be rescued by the police.

The state administration slapped cases ranging from attempt to murder, unlawful assembly, assaulting a government official on duty, blocking a national highway, and invoked the stringent SC-ST (Atrocities) Act (Sherpa belongs to a Scheduled Tribe) against the teachers. Three teachers have been arrested till now, and since the sections they have been charged with are non-bailable, they are still languishing behind bars. The police, who are going through video footage of the blockade and the alleged assault of Sherpa, do not rule out more arrests.

The vindictive action of the state government has triggered panic among school teachers who took part in the agitation, and widespread resentment among academics in the state. Many school teachers who participated in the agitation in Raiganj on 16 May have fled their homes fearing arrests. Many fear that the Mamata Banerjee government will take penal action against them, like adverse entries in their service records and withholding their increments.

A senior office-bearer of the West Bengal Teachers’ Association (WBTA), which has been holding protests over the murder of Roy and the subsequent action against teachers, told Swarajya that the teachers who participated in the 16 May protest have been identified and are being targeted for penal and exemplary action. “The message that the present state government wants to send out is that protests against the Trinamool and the Chief Minister won’t be tolerated, and any such protests will invite severe punitive action,” said this WBTA office-bearer who did not want to be named out of the fear of being penalised by the state government. A section of the agitating teachers (on 16 May) reportedly raised slogans against Mamata Banerjee and that is what, say the teachers, invited such vindictive action against them.

Jayanta Deb (name changed) teaches at a high school in Raiganj town and was part of the agitation on 16 May. Though he did not assault Sherpa, he was one of the many who got drawn into a heated argument with the state government officer after the latter alleged that Roy had committed suicide by jumping in front of the running train. “He (Sherpa) very casually said this while we were demanding a high-level enquiry into the death of Roy. When some of us told Sherpa that it was apparent that Roy had been murdered because he resisted attempts by Trinamool goons to rig the polls, Sherpa nonchalantly made the insensitive remark that Roy committed suicide. We were aghast and outraged, and some of us reacted very angrily. But that was in the heat of the moment and if anyone is to blame, it is Sherpa himself for the counter-reaction,” Deb told Swarajya.

Deb, and some of his colleagues, have been in hiding since early last week when the arrests of teachers started.

Deb said they fled their homes in Raiganj on Tuesday (22 May) and have taken shelter at his relative’s place at Malda. “Though there are no arrest warrants issued in our names, we don’t want to take any chances. We have heard that more teachers (apart from the three already arrested) are being identified. They (the administration) are identifying teachers who are known to be against the Trinamool and whose loyalties lie with other parties. The three who have been arrested until now – Sanjit Das, Manoj Bhowmik, and Pradip Sinha – are all known to be anti-Trinamool. My two colleagues and I also support the BJP, and so we fear we will be picked up,” said Deb.

Deb and his two colleagues – and there are quite a few other teachers of North Dinajpur who participated in the 16 May protest who have now gone into hiding – want to wait for a few more days before returning home. “The WBTA has lodged strong protests with the government against the arrest of teachers, and many college and university professors have also voiced concerns. Many of our colleagues who support the Trinamool have spoken out against the party. This may lead the government to retract and desist from more arrests. We will wait and see what happens,” said Deb.

This appears to be happening. Teachers form the backbone of the Trinamool poll machinery (as was the case during the Left Front regime as well), and their support is essential, especially in the rural and semi-urban areas. Alarmed over the prospect of losing the support of teachers, Trinamool leaders have urged the police to go slow on the arrests. The Malda district unit president of the Trinamool appealed to the police to “spare innocent teachers”.

But, as ABTA office-bearers and many teachers say, the vindictiveness of the government will not stop. “The police may not arrest any more teachers, but the harassment of those who dared to protest will surely continue. We hear that the district education department authorities have been instructed to scrutinise the service records of the teachers who participated in the May 16 protest and work out ways to punish them,” said the ABTA office-bearer.

Senior Communist Party of India (Marxist) leader and former Kolkata Mayor Bikash Bhattacharya, who is also a prominent lawyer and is fighting the case of the arrested teachers, said that the vindictiveness of the state government is apparent from the manner in which charges have been framed against the accused teachers. “The FIRs against the teachers were lodged eleven hours after the incident, obviously on instructions from the political leadership in Kolkata. Also, sections of the SC-ST Act were slapped on the teachers even though Sherpa was on duty and, hence, the provisions of the Act could not be applicable in the case. It shows that the Mamata Banerjee government is bent upon punishing the teachers for protesting against the murder of their colleague,” said Bhattacharya.

Bharatiya Janata Party (BJP) state chief Dilip Ghosh said the arrest and harassment of teachers once again proves how Banerjee is out to throttle democracy in Bengal. “The draconian and vindictive steps of the state government in curbing protests, punishing protesters, and stifling dissent are not reported in the national media. Bengal has descended into the depths of undemocratic darkness under this authoritarian despot, and the punishment meted out to the school teachers provides another proof of this,” Ghosh said.

The BJP legal cell has also taken up the case of the arrested teachers. Ghosh warned that the party will launch an agitation if any further punitive action – like adverse entries in service records or withholding the salaries and increments of the teachers – is taken by the state government.