Bihar 2020: ‘Vikas’ Seems To Be The Narrative For NDA, What Is The RJD Combine’s Answer? 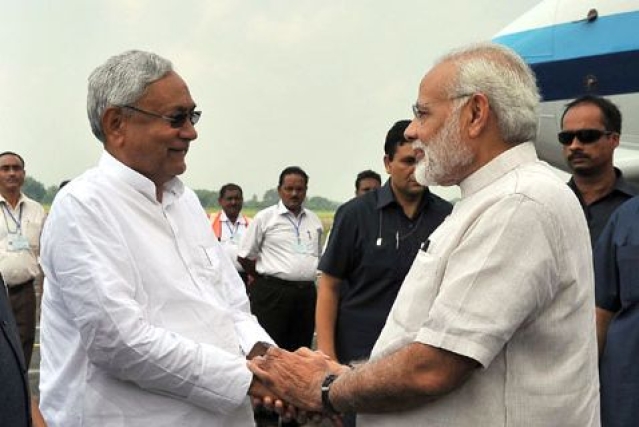 It's raining projects in poll-bound Bihar. From mega infrastructure projects to a slew of welfare schemes, especially for the economically and socially backward, the BJP-JD(U) combine has been doubling down on 'vikas'.

Thus, while Prime Minister Modi has of late been inaugurating a number of completed projects and listing out the strides made by Bihar in all fields under chief minister Nitish Kumar, the JD(U) and state BJP leadership are putting the final touches on a long list of projects and schemes that will be rolled out over the next five years.

Earlier this week, PM Modi launched three mega petroleum projects for Bihar involving an investment of over Rs 900 crore. Those three were part of the 10 projects in the petroleum and gas sector worth Rs 21,000 crore that Modi announced as a special package for Bihar a few years ago.

Bihar was, till even five years ago, infamous for chronic power cuts. Rural areas used to get power for barely three hours a day while urban centres used to go without power for ten to twelve hours a day.

That has changed dramatically and now, while urban areas get at least 20 hours of electricity, rural areas get power for an average of 12 to 15 hours.

The NDA has promised to ensure that the entire state gets round-the-clock power supply within the next three years. A number of power projects are coming up and grid connectivity is undergoing massive upgradation.

In recent years, institutes like the IIM, IIT, NIFT and national law institute have come up in Bihar. The state will get its second AIIMS--the first is already functioning in Patna--at Darbhanga in four years’ time.

The multi-speciality hospital with 750 beds and 100 MBBS seats and 60 B.Sc (Nursing) seats is being set up at a cost of Rs 1264 crore. A number of state-funded and two central universities, besides colleges and technical institutes, will come up in Bihar over the next few years.

With educational institutions providing the required manpower, and availability of quality power as well as good roads and rail network, Bihar is ready now to turn into an industrial powerhouse, said deputy chief minister Sushil Kumar Modi, who also holds the finance portfolio.

Many investors, said Modi, have started showing interest in Bihar. “We are sure that over the next few years, many industries will start coming up in Bihar. With good connectivity to Nepal, Bangladesh and the sea ports in Bengal and Odisha, Bihar will emerge as the natural choice for industrialists.

“Nepal can be a captive market for industries, especially agro-processing and consumer goods industries, that come up in Bihar. The export linkages from Bihar are also excellent now,” said state planning and development minister Maheshwar Hazari.

The Congress-RJD led Mahagathbandhan seems at a disadvantage when it comes to this development card being played by the NDA. Bihar’s woes are, in popular perception, directly attributable to the long years of Congress and then RJD rule marked by corruption, nepotism and misgovernance. Few development projects took off in Bihar in the past few decades and the RJD hung on to power through its caste and community machinations.

The Mahagathbandhan constituents know that given their track record, their promises of development will ring hollow among Bihar’s electorate. They are, thus, trying to get the state’s complex caste arithmetic right.

Modi pointed out that development has also benefited the traditional vote banks of the RJD and Congress--the Muslims, Yadavs and a section of the OBCs--immensely. “So the traditional supporters of the Mahagathbandhan parties are drifting towards us now,” he said.

In Bihar, thus, it seems advantage NDA. And the more the Congress-RJD combine fall back on the caste-community machinations, the more it becomes a Catch-22 situation for the Mahagathbandhan.