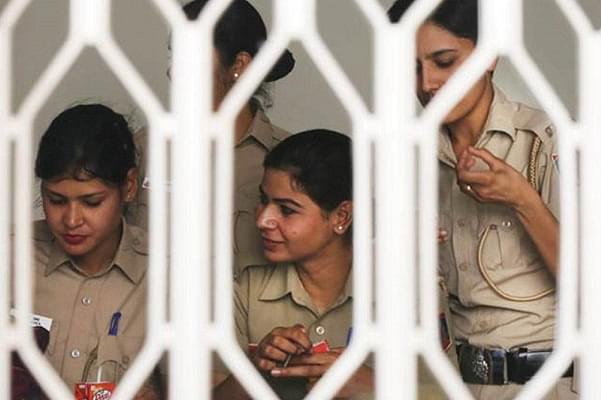 The Nitish Kumar-led NDA government in Bihar has taken a major step towards women’s empowerment by reserving 35 per cent of field posts for women.

An order issued by the state government on Friday makes it mandatory for posting women in at least 35 per cent of all posts of sub-divisional magistrates, block development officers, circle officers, station house officers (of police stations) and other such posts.

This reservation for women extends to promotions as well and all department heads have been asked to ensure that 35 per cent of the promotions across the board at all levels should benefit women employees.

Bihar, under Chief Minister Nitish Kumar, has a 50 per cent quota in panchayats and teaching jobs for women, the only state in the country to have such a quota.

At least 35 per cent of government jobs in Bihar are also reserved for women.

Women’s empowerment is a cornerstone of the NDA government’s policy in Bihar. Since coming to power in 2005, Kumar has initiated a number of measures for the benefit of women.

Bihar was the first state in the country to provide bicycles to girl students of secondary and higher secondary schools to bring about gender parity in education.

This step has dramatically enhanced enrolment of girls in schools — more girls than boys were enrolled in class 9 in Bihar’s schools last year, an almost five-fold increase since 2007-2008.

Bihar also provides free education to girls up to the post-graduation level, and has a 35 per cent quota for women in medical, engineering and technical education colleges.

A similar quota will be applicable for the upcoming sports university in the state.

Bihar’s model of providing bicycles to school-going girls has been copied by other states, including Mamata Banerjee in Bengal, even though Banerjee has tried to pass it off as her brainchild.

The 35 per cent job quota for women has also seen recruitment of a large number of women across government departments. Of the 91,862-strong police force in Bihar, 23,245 are women. The percentage of women in Bihar’s police force is thus more than 25 per cent, the highest in the country and much more than double the national average of 10.3 per cent.

Six years ago (in 2015), women accounted for a measly 3.3 per cent of the police force in Bihar. However, the number of women in junior office-level posts is still low: only 32 among the state’s 1,220 police inspectors are women.

Women number just 920 among the 10,039 sub-inspectors and 185 among 6,675 assistant sub-inspectors. “The latest move of reserving 35 per cent of field posts for women and the 35 per cent promotion quota for women will dramatically enhance the number of women in the ranks of police inspectors, SIs and ASIs,” said retired IGP Suraj Bhushan.

Bihar also has the highest number of women self-help groups (SHGs), also called ‘Jeevika’ groups, in the country. The recent Niti Aayog’s ranking of states on social indices records a highly improved performance of women across all the indices, even though Bihar’s overall state rank is low.

Bihar’s latest step towards women’s empowerment will translate into an enhanced role for women in maintaining law and order, tackling and investigating crime, addressing the needs of the people at the grassroots level, upkeep of land records and implementation of developmental and welfare schemes.