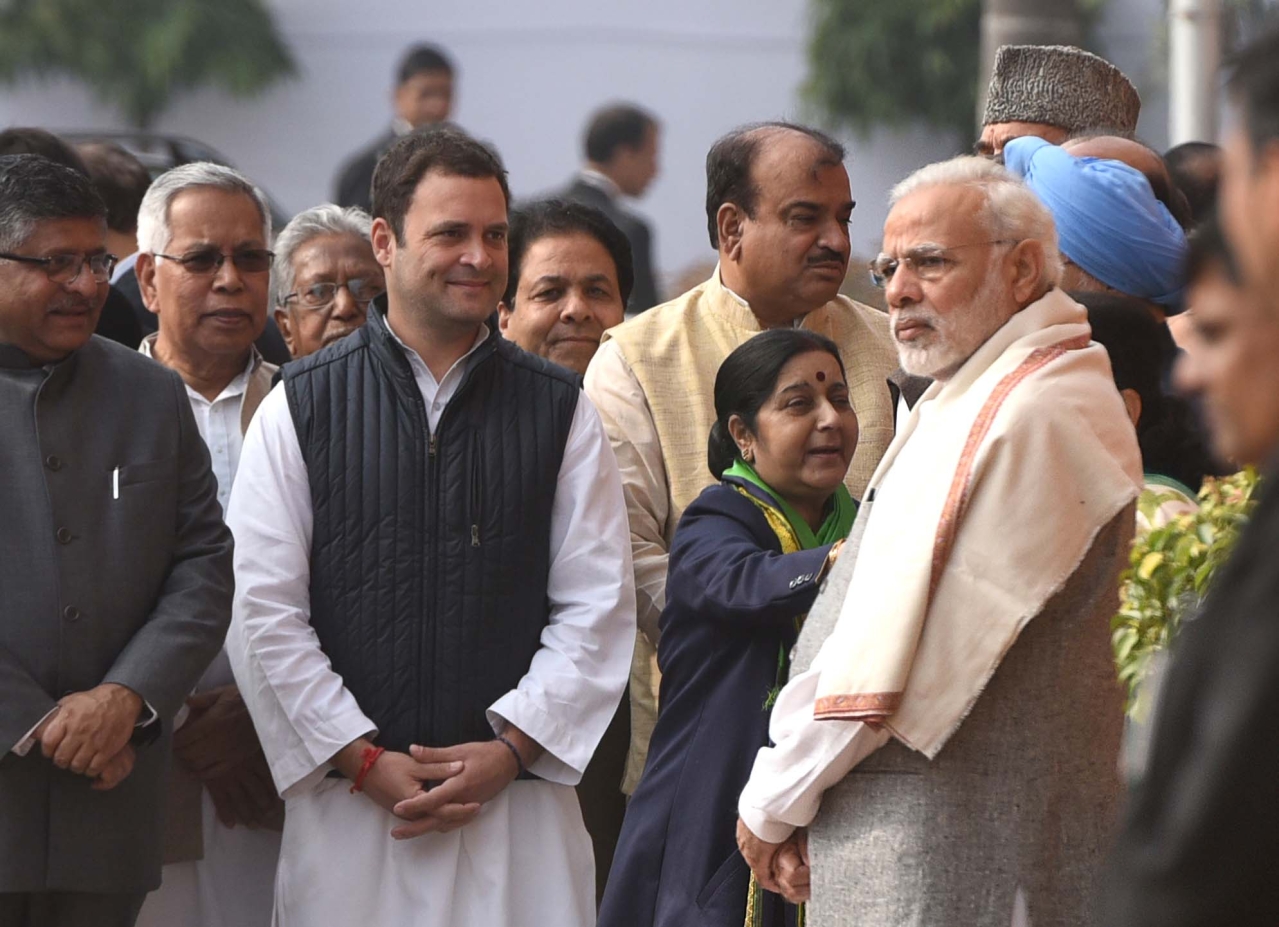 Mani Shankar Aiyar, quite like the party he represents, does not believe in learning from his own history. Upon being asked by a Pakistani journalist in 2015 about the future discourse of India-Pakistan diplomatic negotiations, Aiyar, forgetting about the democratic ecosystem back home or the mandate of 2014, asked for the removal of Narendra Modi and the installation of the Congress for talks to resume.

One can only wonder who this request was being made to, for before one could question Aiyar for his remark, he went on to commit his next verbal blunder. Recently, he was seen hailing Pakistan for the love it imparted him with while complaining about the hatred he often received in India. In this clear case of misplaced expectations, Aiyar and the Congress party were expecting to be lauded for their efforts to demean the Modi government and India on a global stage. The voters, however, thought differently.

Congress has an elaborate history of furthering its political interests over the nation’s. From questioning the authenticity of the surgical strikes to mocking the Prime Minister for the release of terrorists in Pakistan, the party has showcased its disdain for Modi and his government at a global level on innumerable accounts in a shallow attempt to help its potential vote count. Faltering in its agendas each time, the party this time has found its opportunity in Canadian Prime Minister Justin Trudeau, who is on a seven-day visit to India.

Drawing flak for his irresponsible gimmicks and statements pertaining to the global order, Trudeau has been strongly criticised in India for the pro-Khalistani statements made by his defence and Infrastructure ministers, who are accompanying him on this trip. Trudeau earlier refused to meet the Punjab Chief Minister Captain Amarinder Singh, without citing any credible reasons. This global face of utopian liberalism could certainly not have imagined the reception he would receive upon landing in India for this decision. However, the lesson was learnt quickly, given Trudeau will be meeting the Punjab CM later this week. The Bharatiya Janata Party (BJP) government, in a manner that can only be termed as sweet and subtle, awarded Trudeau with a welcome that must have felt like a cold turkey on a December night.

Having a junior minister receive the Canadian delegation was only the beginning of the proceedings. Known for putting to rest diplomatic protocols on numerous occasions, Prime Minister Modi decided to sit this one out. During Trudeau’s visit to the Taj Mahal, the absence of Uttar Pradesh Chief Minister Yogi Adityanath, who only a month ago had received Israeli Prime Minister Benjamin Netanyahu at the same venue was marked by a certain degree of conspicuousness. The message was loud and clear. Not every friend warrants the importance or a warm welcome.

The Canadian media has not been alien to this reception, with a few journalists tweeting about how they stand for the idea of a united India unlike a few people in the Trudeau cabinet. On the diplomatic front, the meet is not expected to yield any long-term goals with no major trade agreement expected to be signed and the talks to be restricted to culture and economics.

Regardless of the views of our misguided Prime Minister Justin Trudeau, the people of Canada support a united India.

We oppose and condemn KhalistanI radicals and Islamist terrorists.

Trudeau is set to visit Amritsar and Mumbai after his photographic adventures in Agra and Ahmedabad while having a day reserved for bilateral discussions in Delhi with Modi. The reception in these two cities, one can safely assume, will be warmer than the one he received at the Taj Mahal. However, the BJP government has again asserted the belief in its ideology and objective as a national party by distancing itself from a leader with pro-Khalistan elements in his cabinet, and rightfully so. Unlike the Congress, for BJP it is India first, and this is one factor that separates them from the dynasts of contemporary India.

Captain Amarinder Singh, a Congress Chief Minister, and the only significant face against the BJP-SAD coalition in Punjab, has on repeated occasions spoken strongly against the Trudeau cabinet for inciting Khalistani sentiments in Canada, more recently attacking their ministers in an interview to a leading Indian magazine for having links to the separatists. Relentless in his criticism, Singh was weakly backed by the Congress party, the curators of the most infamous chapters in the history of post-1947 Punjab. Merely a glimpse from the Punjab of the late 1970s and early 1980s is enough to understand the role Congress played in installing Bhindranwale against the Akalis in Punjab.

As the BJP government continued the cold reception for Trudeau, Congress’ social media head, Divya Spandana, was seen offering virtual hugs to the Canadian leader, saying how India loved him. As the week goes on, one won’t be surprised if certain Congress leaders and other faces from the leftist ecosystem are seen warming up to Trudeau, especially in Mumbai, and calling the Modi government out for not being compassionate enough on the diplomatic front.

I’d give him a hug!! India loves @JustinTrudeau 🤗 https://t.co/OjvDiMLmlY

For Congress, historically and otherwise, it has been more about coming to power than making India powerful which often dictates their misplaced priorities on the global stage. Virtual hugs to Trudeau do not come as a surprise, but what does is the absence of Rahul Gandhi hosting him for tea while a few journalists complain about the prevailing fictitious intolerance in India.

So, while leaders of the Congress continue to offer virtual hugs to Trudeau, their Chief Minister in Punjab seems to be getting more support from the leaders of the BJP.  Rahul Gandhi must realise that what makes for good optics on social media can well snowball into a 'PR' disaster.