Blocked At Doklam, What Will China Do Next? India Needs To Be Ready On Many Fronts 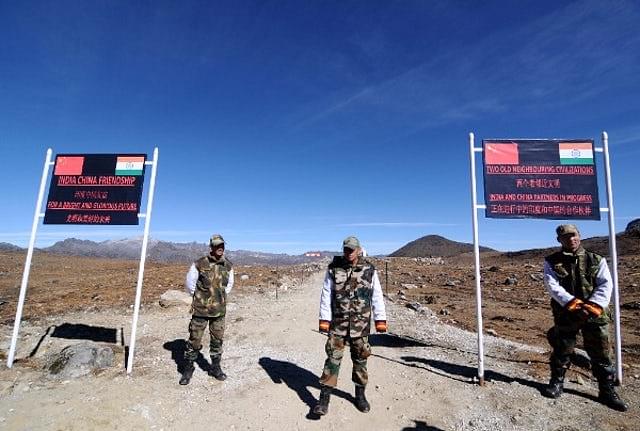 In the ongoing standoff between India and China at the Doklam Plateau near the Bhutan-Sikkim-Tibet trijunction, Indian troops have the edge in this specific geography. The Chinese are breathing fire and threatening war because the Indian army holds the high ground, and any actual military adventure will involve a huge loss of Chinese lives.

However, it is important for India to consider what else the Chinese may try to cause us damage, either for real or to reputation, since India seems unlikely to blink on Doklam. India considers domination of this area vital to security. If the Chinese occupy and control Doklam, their artillery can threaten the Siliguri corridor which connects India to the north-east.

To outthink the Chinese, we thus need to consider what else they may do to maintain their aggressive line, and to put us on the backfoot. We also need to consider our options for retaliation.

Like last year, when a citizen boycott against Chinese goods was gaining ground after it vetoed the declaration of Masood Azhar as a terrorist at the UN Security Council, this time too there are suggestions that mass resistance should be organised against imports from that country.

India runs an annual trade deficit of over $50 billion with China, and hence any hostilities on the border will threaten imports from China.

It will be a double-edged sword, for while Chinese exporters will suffer, lakhs of Indian traders and retailers who source cheap goods from that country will also lose business.

But overall, China has as much to lose, if not more than India, if hostilities on the border put a crimp on trade. While this will impact traders and retailers in India, the business crash cannot continue for long as the same products that are now directly sourced from China and sold under Chinese brand names will, if the disruption lasts beyond three months, come through other countries. Just as Indian exports to Pakistan are routed through Dubai and other places, Chinese exports to India will come through other trade partners of China.

India’s major imports from China constitute electronic components, telecom equipment and mobile phones, and chemical and pharmaceutical products. It can be nobody’s argument that if we stop buying Oppo or Vivo or OnePlus, the retail trade will collapse. Taiwan, Japan and South Korea will step into the breach with their own brands, often made in China; at best, the costs may rise while the China disruption lasts.

The one industry where disruption would be felt immediately is drugs and pharmaceuticals. Nearly 15-20 per cent of India’s imports from China constitute chemicals and bulk drug components, and the dependence is so high that one can anticipate a drug shortage and price spike till alternate sources are identified. Drugs costs will certainly soar. This is what we should stock if we are contemplating using the trade lever to get China to pay a price for its repeated incursions into territory claimed by us.

In short, trade disruptions will have a two-way impact, but China must worry more than India, since it runs a huge trade surplus. It has $50 billion in annual income to lose. Any disruption will give Indian manufacturers a chance to step into the breach and sell more domestic goods, or source the same from elsewhere. So, a China boycott can lead to import substitution and a revival of domestic industry laid low by Chinese competition. Consider how good that news can be if domestic steel companies can raise prices and start repaying their loans to banks.

But we should brace for impact in other areas.

First, after being stymied in Doklam, the Chinese army could well try to risk conflict in other areas of the border, especially in the northern sector, where there was one such standoff in 2013 at Daulat Beg Oldi in disputed Aksai Chin. It took weeks to resolve, and India did some backing off by agreeing to dismantle several live-in bunkers 250 km to the south.

So, one result of Chinese frustration at Doklam could be incursions elsewhere along the long, undemarcated areas of the border. We need to be vigilant.

Second, and this could be more serious, is Chinese cyber attacks. It seems likely that China is far ahead of India in terms of cyber warfare capabilities, and it could try to cripple parts of vulnerable businesses in banking, finance and other sectors. An American-Israeli collaboration created a computer worm called Stuxnet that was intended to cripple Iran’s nuclear programme – and it did substantially succeed. There is no reason to believe China does not have a Stuxnet up its sleeve for use in conflict situations with India - with plausible deniability.

India clearly must up its cyber preparedness.

Third, given the huge amounts of telecom gear and software we import from China, it is virtually impossible to ensure that there is no malware embedded in the hardware itself - a malware that can be activated remotely when there is need to cause damage.

This is another area for us to up our guard, with random checks being made in imported Chinese hardware to check for possible embedded malware.

Fourth, there is the possibility of getting Pakistan, a client state, to up the ante not only in Kashmir, where it is already doing its worst, but also in Punjab and in the north-east, using Islamist organisations based in Bangladesh. China can also start aiding insurgencies in the north-east, especially in Assam and Nagaland.

India does have some levers against China, especially in trade, but before we use them, we need to be ready for Chinese mischief elsewhere.