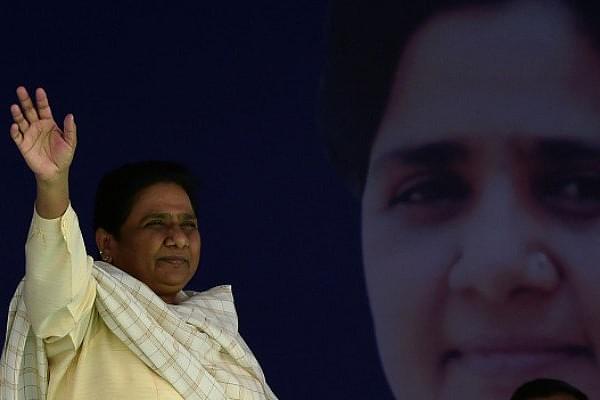 In politics, nothing is permanent. Last year, after the Uttar Pradesh Assembly election results were announced, many had written off Mayawati as a political force. In the Lok Sabha election, her Bahujan Samaj Party (BSP) had not been able to open its account; in Rajya Sabha, the party has only four Members of Parliament; and in the Uttar Pradesh state election, it could bag just 19 seats.

The BSP has been losing Dalit votes across India. In the state election, one-third of the Dalits voted for the Bharatiya Janata Party (BJP). However, with the recent turn of events in Uttar Pradesh, where Mayawati has formed a strategic alliance with her principal opponent, Samajwadi Party (SP), for the sake of survival, things have changed. The alliance (“Mahagathbandhan”) defeated the BJP in three seats in the by-polls and is threatening to make a significant entry into BJP strongholds in the state in the 2019 Lok Sabha election.

Remember, the BSP is the third-largest party by vote share after the Congress and the BJP. It had a vote share of 4.2 per cent in 2014. It is also the only regional party to contest pan-India and has received significant votes outside its home state. It received 70 lakh votes (31 per cent of its total votes) in states outside Uttar Pradesh. Other parties like the Trinamool Congress, SP, and the All India Anna Dravida Munnetra Kazhagam (AIADMK) are limited in strength to just their home states.

The BSP has a strong presence in the Hindi belt. And in Chhattisgarh, its vote share in the assembly election last time was higher than the margin of victory for the BJP. In other states, the Congress will benefit if it strikes an alliance with the BSP as it would help reduce the gap with the BJP. Even in Uttar Pradesh, its vote share is second only to that of the BJP and higher than SP, highlighting that its spread is greater than the concentrated support of SP.

A lifeline to Mayawati

Recent events surrounding the Scheduled Caste and Scheduled Tribe (Prevention of Atrocities) Act provide Mayawati with an opportunity to get back the anchor Dalit vote, where the BSP’s support has declined from 22 per cent in 2004 to 14 per cent in 2014. This, along with a tie-up with the SP, gives her a lifeline.

The BSP has also formed strategic alliances in Karnataka (Janata Dal (Secular)) and Haryana (Indian National Lok Dal). The party managed to win one seat in Karnataka and is also getting a ministerial berth. Additionally, it is looking to form alliances with the Congress in Rajasthan, Madhya Pradesh, and Chhattisgarh, where the BSP has good presence and that may tilt the scales in favour of the Congress.

A dedicated vote bank of largely Dalits and a section of Muslims ensure that Mayawati is capable of transferring votes seamlessly to BSP’s alliance partners. In 1996, the Congress fought state elections in alliance with the BSP. The BSP was able to transfer votes from its support base to the Congress. The Congress’ vote share on seats contested nearly doubled from 15.1 per cent in 1993 to 29.1 per cent in 1996. Even in Phulpur, Gorakhpur, and Kairana by-polls of 2018, her supporters appear to have voted in favour of SP/Rashtriya Lok Dal candidates.

Apart from Dalits, who form Mayawati’s primary support base, the BSP leader is the preferred choice also of the poor voters (people below poverty line, accounting for 30 per cent of Uttar Pradesh’s population). Though her support has declined over the past four elections from 41 per cent to 32 per cent, she maintained her lead even in the 2014 Lok Sabha polls despite a strong Modi wave in Uttar Pradesh.

Mayawati’s desire to have full control of the party after Kanshi Ram, has been detrimental to the party’s growth in the Hindi belt. The party that used to have good presence in states like Rajasthan, Madhya Pradesh, and Chhattisgarh, could not position itself as an alternative to the Congress and the BJP.

There is also no second line of party leaders. One will struggle to name five leaders of the BSP. Her attitude and promotion of family at the cost of the party has led to an exodus of leaders like Om Prakash Rajbhar and Sonelal Patel, who floated the Suheldev Bharatiya Samaj Party and Apna Dal respectively, which together won 13 seats in Uttar Pradesh in 2017, just six seats short of the BSP tally.

While the need of the hour is to remain relevant, there are certain issues with this plan of action. Mayawati is no more the firebrand leader of yesteryear. Her speech lacks firepower, and she reads from a paper. She has to push herself and bring back her oratory skills. She needs to travel across India to emerge as the undisputed leader of Dalits.

But does she have the energy and the stamina? The funding of the party had received a big jolt after demonetisation, and that was evident in the state election that followed. New organisations like the Jai Adivasi Yuva Shakti are attracting Dalit youth. Mayawati needs to come out of her shell and be seen as accommodating, open, and interactive.

While an alliance with the SP and RLD will likely improve the score of the BSP in the 2019 Lok Sabha election, it carries the risk of ceding space to the SP in state assembly polls. The bad history between the two parties will result in an element of distrust. The elephant needs a helping hand for sure!